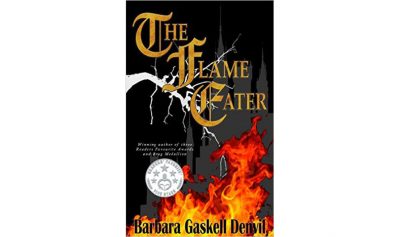 The Flame Eater by Barbara Gaskell Denvil is a historical fiction novel set in Medieval London that offers the reader a daring adventure into the past. The story tells a tale of love, hate, and betrayal – all elements birthing from a murder mystery. The love story involves the two main characters, Nicholas and Emeline. The last remaining son of an Earl, Nicholas is forced to marry Emeline, the heiress negotiated for his now dead brother. Nicholas goes into the marriage believing he is marrying his brother’s mistress. These characters are constantly looking for new horizons in a time of difficulty and challenge.

The characters are constantly looking for new horizons in a time of difficulty and challenge. Flame Eater captures medieval history with vivid scenes and rich descriptions of the setting, such as ‘the great black emptiness of the night sky had turned a scorched and virulent orange, as if the clouds themselves were burning’ (P.g 18).

Characters are realistically portrayed for the time period. Each one of them has a description that reminds me of historical figures from the fifteenth century. They are constructed so their reactions and behaviors come across as genuine to the reader, leaving an impression of cultures and traditions of the time.

The dialogue sometimes struggles to progress the plot, however this is only the only drawback to the construction of the characters as the plot and scenes are clear for the reader’s understanding. The book gives an insight into the middle ages, like the constant struggle of finding access to healthcare and the more limited understanding of medical knowledge.

There are more apparent differences between classes. The wealthy have better access to resources, creating more of a disparity between the classes.  The upper classes only married to those who are of a similar social status. This doesn’t mean that love marriages weren’t accepted, but it seems like they were a disadvantage to the families.

Flame Eater provides the reader insights about the medieval world’s conservative views around marriage. The nobility and the wealthy – as Denvil shows in Flame Eater – were married to each other for political reasons and as a way to form alliances between families during times of conflict.  Another striking feature is it captures the time period with the religious imagery, this gives the reader the impression religion is important to the everyday rituals and ceremonies.

Showing the brutality and injustice being portrayed in the era, interestingly, Flame Eater doesn’t cause the reader to contrast the time period with modern society. The author’s language shows the immense research that went into the writing of this novel. With its consistency to the genre and style, I have no hesitation recommending this novel to those interested in facts about medieval history. Flame Eater gives a detailed description of the medieval lifestyle, which what made it feel authentic. 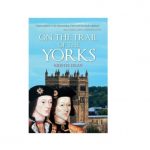 Previous Story:
Review: On the Trail of the Yorks 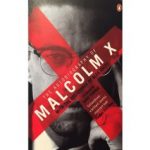 Next Story:
Review: Malcolm X: The Voice That Feared None ‘The...