‘The Pedigreed Jew: between There and Here – Kovno and Israel’ by Safira Rapoport 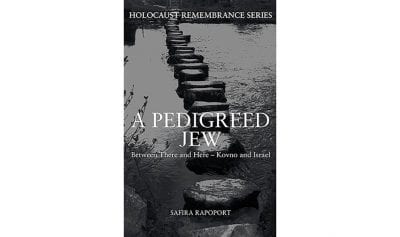 ‘To this day I have no tears; that is one of the symptoms of being a Holocaust survivor…’ p. 147.

‘The Pedigreed Jew: Between There and Here – Kovno and Israel’ is a memoir written from the perspectives of two women linked not only by their relationship as mother and daughter but also by the bloodshed that was the Holocaust.

Safira Rapoport wrote this book in two parts. Part one is written boldly from the perspective of her mother, Nechama, before and during the Holocaust. Part two is written from Rapoport’s own view and her experience retracing her mother’s steps through Europe from Death March to camp, from camp to Ghetto.

Sometimes referred to by her mother as ‘my victory over Hitler,’ Safira travels from Israel to Europe to find peace with the tragic legacy passed down to her and to discover the true fate that had befallen her grandmother Tzipora.

Rapoport tells of her mother’s childhood before the Soviet and then Nazi occupation of Kovno, the Lithuanian town she grew up in. She writes of Nechama’s school days, learning Hebrew, sneaking off to the boy’s school during lunch breaks, and discovering Zionism. There was a strong and proud Jewish community in Kovno at the time, one that Nechama felt strongly connected to. Even while in the Kovno Ghetto Nechama worked secretly with the ABZ ‘(Association with Brit Zion [Covenant of Zion])’ p. 30 becoming a company leader of the women’s division. Rapoport writes of all this to give context to all that was lost when Nazi Germany took hold of Lithuania.

Part two of Rapoport’s book is written from her own perspective and it opens with recollections of her childhood. She writes of her struggle between two places, ‘Here’ which is Israel and the place she grew up and ‘There’ which is Europe, Kovno, and the place of her families great suffering. ‘There’ is also the place her grandmother remains, lost to the Holocaust.

Rapoport’s inner turmoil is too great to move on with her life in Israel and so she travels to Europe to see the place for herself, as her mother’s great victory over Hitler walking on the soil he soaked with the blood of the Jewish people.

She searches for answers to the questions surrounding her grandmother Tzipora’s disappearance. She looks for peace in the home her mother grew up in. She tries to find comfort as she lays memorial candles in many places of mass slaughter.

Safira Rapoport inherited a great loss as the daughter of a Holocaust survivor and in this well-written book she honours that loss and her mother’s refusal to find shame in her religion. 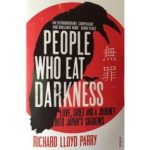 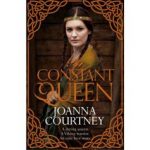 Next Story:
‘The Constant Queen’ by Joanna Courtney