Chris has a passion for writing 19th century Australian history.

A BA in Psychology and MA in Biography & Life Writing have influenced her writing style. She likes to get inside her characters’ heads and rewrite history from their perspective, blending fact and fiction.

“The Death of Owen Owens”, a story about a convict mutiny in Hobson’s Bay, received a Highly Commended in the 2016 Stringybark Times Past Short Story award and was published in the subsequent anthology, Longing for Solitude.

She has four entries in the 2005 Cambridge University Press Encyclopedia of Melbourne and two articles in Ancestor magazine, “Searching for Sonia” (2003) and “Genealogy: The cutting edge of social history” (2005). 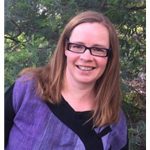