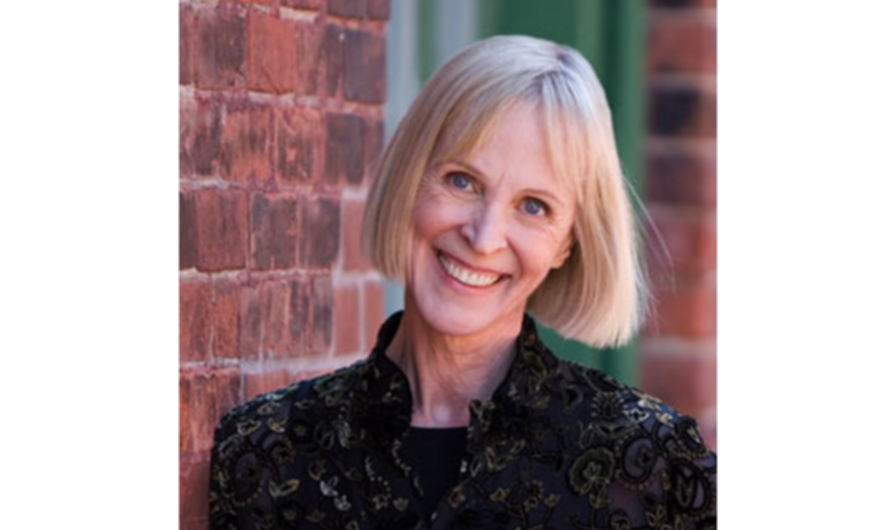 Sandra Gulland is the internationally celebrated author of number of historical novels, such as the Josephine B. Trilogy, Mistress of the Sun and most recently The Shadow Queen. At age 72, Sandra has had a rich history of her own; having taught in an Inuit village in Canada, acted as a volunteer principle in an Alternative School, worked as book editor and is a doting grandmother of two.

Sandra kindly made the time to answer some questions regarding her books and writing processes for this latest issue of Backstory, just before retreating into “the cave” to work on her latest edit of her upcoming novel.

What motivated you to start writing?

I was a busy 40-year-old mother of two when I read a self-help book that asked: What do you see etched on your tombstone? The words “She never got around to it” popped into my head. I had been telling myself for decades that I would write a novel “someday” (simply because I loved books so much). I realised that “someday” might well be never unless I actually began to write. And so I did.

What drew you to write about King Louis XIV’s court in particular?

For me, writing a novel always begins with curiosity about an individual. I wrote the Josephine B. Trilogy because I was curious about Napoleon’s first wife Josephine Bonaparte. The story of Louise de la Vallière drew me into the Court of the Sun King. She was said to be a wallflower, yet she became the mistress of the Sun King, the Mick Jagger of kings. She was said to be timid, yet she would out-ride and out-hunt the King and his men. I wanted to see how the pieces of this puzzle fit together. Curiosity!

You’ve mentioned in the past that you spent up to eight years researching Louise de la Vallière for your book Mistress of the Sun. Is this always the case for your characters, and at what point do you usually feel as though you have done enough research and are ready to start writing?

There is no such thing as having done enough research! I initially research for about a year in order to at least begin writing. The first draft will inform me what more I need to research — and on and on with each draft. The eight years for Mistress of the Sun was for both research and writing. It always takes me years, but that novel took longer than most because I couldn’t figure out how to tell Louise’s story.

The female characters in your books, Louise in Mistress of the Sun in particular, are incredibly fleshed out, and very strong women in very different ways. How did you go about bringing these 17th century women to life in a relatable way for readers today?

It can be challenging to make a woman in the 17th (or even the relatively modern 18th) century understandable to women today. This was particularly the case for Louise, who left her children to become a nun. This was, in fact, a victory for her — yet getting modern readers to view becoming a nun as a fist-pump victory was understandably difficult. What made it possible, I think, was getting inside Louise’s head as much as I could and attempting to vividly imagine the realities of her world.

How do you find the balance between the factual and fictional elements in your novels? And which do you feel is more important to your storytelling?

This is a key question. For me, what matters most is the story: it has to be compelling. That said, it also has to be — as much as possible within the confines of both story and available research — historically accurate. In the Author’s Note, I let the reader know where I have deviated from the historical record or even when I created events to fill in gaps in that record.

If you were to write a novel set in another time period, which time period would it be and why?

I bounce back and forth between the Court of the Sun King and the Napoleonic era, and suspect I will continue to do so. I do, however, have some subjects that might lure me. Queen Elizabeth had a female falconer, for example. I’m curious what it must have been like for her in such a male-dominated field. And thus it begins — curiosity!

Do you have any tips for writers suffering from writer’s block?

What genres of books do you like to read, and do you feel as though you draw inspiration from these books for your own writing?

I love novels that are both literary and compelling page-turners. Hard to find! A really good novel is always an inspiration.

When you were starting out as a writer, what was the single best piece of advice you were given?

The best advice was given to me by the Canadian writer Jane Urquhart. She was a Writer in Residence at Ottawa University at the time. Anyone could consult with her, so I sent her the draft of a novel I’d been working on for over a year. Included in this contemporary romantic comedy-slash-mystery was a snippet of a journal supposedly written by Josephine Bonaparte. (That was part of the mystery.) Jane suggested I “just” do that — write Josephine’s journal. I was intimidated by the thought of writing historical fiction: I wasn’t a historian — not in the least! — but she encouraged me to have confidence in my intuition. She also told me that I had to go to Paris. True! And delicious advice.

Are there any projects that are you working on at the moment that we can look forward to reading soon?

I’m heading into the ninth draft of a Young Adult novel about Josephine Bonaparte’s daughter, Hortense. Throughout the last few drafts, I was discouraged with it, but now I’m excited. We even have a title:

THE GAME OF HOPE

For the stepdaughter of Napoleon, nothing is simple — especially love

It will be published by Penguin (Canada and US) in the summer of 2018. 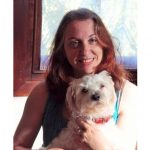 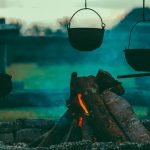 Next Story:
Iron Above the Hills