A Queenslander (born 1946) he was educated in Toowoomba. For some years he worked as a printer in various locations in Queensland, New South Wales, Victoria and New Zealand. Entering college in 1977 he later graduated as a teacher.

In 1980 he wed Karen (also a teacher). They taught from the tip of Cape York to the Qld/NSW border. Their children, Amanda and Greg came along in 1987 and 1989 respectively. Errol retired when Principal of Macleay Island School. It was there that he first heard the Stradbroke galleon legend which inspired ‘Ghost Galleon’ a historical fiction novel. Three of his short stories have also been published. 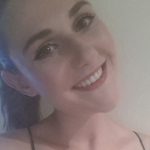