What we do without knowing: identifying silencing, inclusion and stereotyping in historical fiction 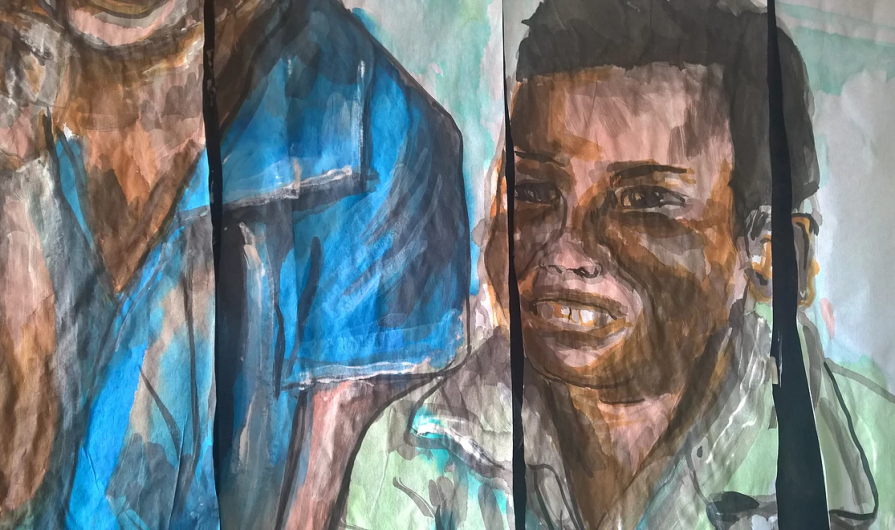 History and the past give us cultural tools. They help us interpret our world. Novels use history and create other ways of thinking, and create ways for people to deal with the past. As a cultural historian and historiographer, I shall examine how novels meet some narrative needs and problems that meeting these needs can cause.

Because this paper is informed by historiography, it assumes that those who write about or research history are encoding it and turning it into an aspect of the cultural artefact they create. Novels change history to meet narrative needs. I demonstrated how this change happens and how writers of fiction work alongside historiography in my study History and Fiction. What I shall explore here are techniques and consequences.

I shall begin, however, with sources. For an historian, sources are documents and objects and data of many kinds, able to be interpreted by those with particular skills. Historiography looks at how sources are interpreted by writers of history, what sort of language is used, what culture is communicated, and much more.

Novelists also have an active inter-relationship with sources. An issue my earlier research discovered was that the nature of the novel can shape the way the writer interprets sources.

Edward Rutherfurd’s works demonstrate this very clearly. Take his novel Sarum (1988). The focus of the novel is on a group of families. The place, in this novel, acts like Rutherfurd’s families, with changes over long periods of time that demonstrate connections and similarities. In many novels, places have their own character, and in Rutherfurd’s this character is extended to match the underlying nature of historical change.

Periods we can only know from the archaeological record are shaped here to meet similar narrative needs to those we know from written sources. The demands of the novel have limited adaptability. The shape of a novel is a modern one. Each period is brought to life, not by the sources a novelist uses, but by the way the writer tells the story. Rutherfurd describes close and personal: private lives.

Rutherfurd’s tone changes as his periods shift; that is to say, his writing style is modified to represent the ‘feel’ of a given period. It is representational and does not reflect the historical sources. Quotes or adaptations of documents within the text are much closer to historical  sources, like the one in Rutherfurd’s medieval section that describes the land.

These shifts of tone give a sense of one period then another and are important to understanding how writers depict the past in novels. The feel of a period is not an absolute thing, but is a critical aspect of the narrative. It sells it to the reader.

Writers choose a style. Choices such as adjectives, sentence structure, amount and nature of dialogue can indicate a specific historical setting, and one with a particular mood.

Genre, setting, characterisation: these are all aspects of fiction that a writer must communicate through style choices. Historical fiction has the added element of having to convince the reader that the story is an accurate and fascinating view of a particular place and time.

It is not a question of historical accuracy. Some authors make it one, others use a play on the way language builds a setting. For each and every work, there are ways this can and cannot be done to meet narrative needs. Audience expectations play a part.

For my anthology, Baggage (2010), Janeen Webb submitted the most perfectly nineteenth century short story I have ever read that was not actually written in the nineteenth century. This is not the way it was published. The density of the prose created a challenge for modern readers. I suggested that readers might need an entry point, where their narrative expectations met those from Victorian times. Webb made the opening more like a modern historical short, with a clearer focus on the story and the characters. It was not a big shift, but it made the tale accessible.

Fiction rests upon its culture and that culture changes.

There are a number of factors that can be analysed to discover how a given author creates the particular historical tone for a given work. Rutherfurd’s use of more restricted vocabulary, with far less colloquial language for the earliest sections of Sarum, distances the reader more than his Napoleonic-period narrative later in the book. In the first, the narrator is hidden or formal and in the second, the narratorial voice can be sardonic and give a commentary as to what is happening inside a character’s head.

This brings us back to sources. In a way, these decisions suggest how much readers can know of a period and of these people. When a reader is brought very near to the characters and lives alongside them, so to speak, it suggests a different approach to historical sources and a different shaping of history to that more distant mode. It is not as simple as opposing far time to close time: the reconstruction that suggests to the reader that this is how they can interpret the past.

Related to this, in my earlier work, I established through interviews with authors that many writers of historical fiction have a close emotional commitment to their novels. Sandra Worth had a desire, for instance, to depict Richard III as a hero. Another might have a close love of the Tudors and specialise in fiction set in that period, as Wendy Dunn has done.

On panels and in debates and in non-fiction, authors such as Alison Weir argue for their preferred history, setting themselves up as innovative historians. However, although writing a story that has these emotional links often produces good fiction, it doesn’t always challenge cultural assumptions or test our understanding of the past.

If stereotyping and other issues are part of the approach to the story, then the tools these writers use and the novels they pen take on a larger role in developing popular understanding of history. This is due to the historical fiction writer communicating history to the public. It operates through their role as an individual talking about their work, but also through fiction’s roles in modern culture.

Writing the dream does not, in itself, push for silencing, lying and so forth. The choices writers make when they use their tools to create an invented past, however, play a significant part in creating an environment where stereotyping and silencing are accepted.

Rachel Seiffert’s 2017 novel A Boy in Winter is a good example of the link between the dream and these issues. Her article in The Guardian of 27 May 2017 explains that she wrote the novel as part of dealing with the issue of having Nazi grandparents. She makes it clear that this novel is very much her historical dream – trying to atone and explain. In it, however, she potentially silences and fails to include through her narratorial choices.

Inclusion doesn’t just require adding a character from a given background into a novel: it requires communicating these characters in certain ways. A story centres upon those characters who are depicted as key, with others there to illuminate the plot or important facets of the major player’s personality. In A Boy in Winter this core character is Otto Pohl. Seiffert talks about him in interviews as inspired by someone real. The German who tried to resist the persecution he was part of. The other characters assist with his story: they don’t have their own stories.

Seiffert’s Jewish characters therefore exist mainly to illuminate Pohl’s life and decisions. Furthermore, her Jewish children are depicted with little or no culture of their own, shown mainly through their emotional reactions to events. The writer’s tools created characters who live in another character’s shadow.

Silencing is related to this. In this case, silencing is including a character in the novel without giving readers sufficient sense of their reality. It’s the choice of tools and which character those tools are applied to.

Most writers are not inventing this history or its biases. Many use conservative historical frameworks and the stories they’ve read in other novels to help develop their ideas. Whether these outcomes are intended or not, however, choices of technique and of characterisation by the writer can feed into the biases that readers carry. The paper I recently delivered in Helsinki demonstrated that setting up an ideal historical fantasy world is something many writers do. It’s a culture that many writers choose to follow, for it feels right for their fiction. It’s part of the dream of writing fiction.

Let me introduce what can happen down the line when these formations become a cultural norm. In the film Assassin’s Creed (2016), we have a Spanish Inquisition with no Jews.

Extrapolating from the DVDs extras the writers of the film were simply not interested.

The actual Inquisition dealt with heretics, beginning with the Cathars. By the late fifteenth century, its role included ensuring that those from Jewish backgrounds had eliminated their own culture from their lives. It used death and hellfire as threats. These deaths were carried into Assassin’s Creed, but the victims were not mentioned.

This has historical antecedents. Western Europe’s Jewish history was silenced through similar cultural means in the nineteenth century. These cultural tools were considered a useful way of bringing Jews into mainstream society. The cultural gap caused by not talking about recent Jewish history was filled by new writings such as The Protocols of the Elders of Zion. It’s fiction, but not treated as fiction by anti-Semites.

Whenever enough writers create history, a cultural nest is built in which others lay eggs. The political constructs behind Australia’s Stolen Children policy is another example of this nesting. There are similar paths visible for women, for people from a range of other minorities, for those with disabilities. We have ‘Uncle Tom’ as a stock character thanks to Harriet Beecher Stowe and others.

Some writers are very good at handling such issues. This can demonstrate that this writer made other choices. The choices for popular culture, however, lie in the patterns made by writer after writer after writer, laying culture down thickly.

As writers, we help create cultural nests. The choices we make concerning silencing and exclusion and othering matter. 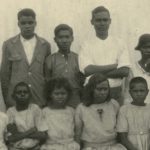 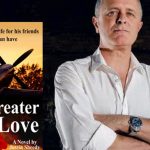 Next Story:
Interview with Justin Sheedy