Australian Alcatraz
Or why I am not a painter 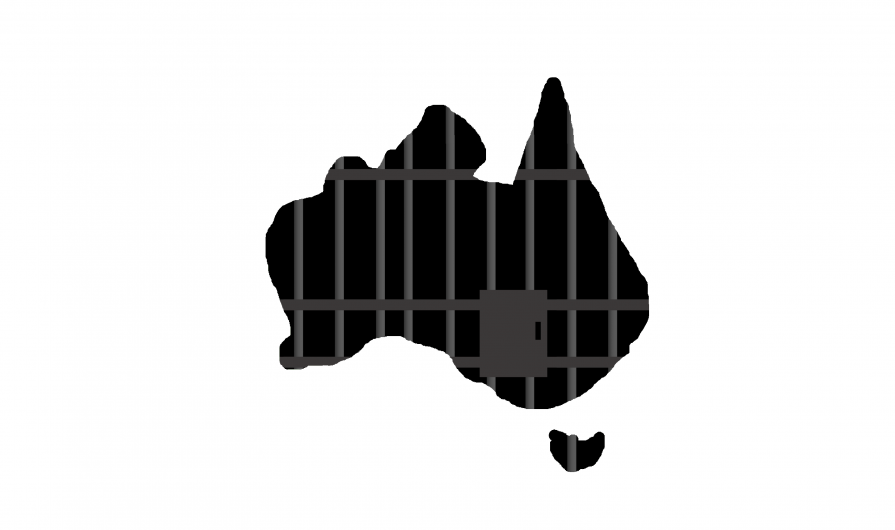 Only weeks, months, at the most
a year or so, before Gough Whitlam’s
‘It’s Time’ changed everything,
for a little while, at least,
my primary school teacher selected,
from her arsenal of weapons,
her fine-tipped red ballpoint pen,
the one with the sharpest point,
the keenest line, to slice, like a blade,
a gash deep through my Sidney Nolan-
like coloured pencil drawing
of a flaming Irish bushranger
galloping blithely past a country lockup.
She didn’t like my Americanized spelling
of the word “Jail” across its Colonial frontage.
It should have been “Gaol”, she said.
Of course, looking back,
she was probably right.
And she might have been able to justify
her behaviour with the classic,
‘I was just doing my job’.
And it is even conceivable
that sometime, in the next
forty-five to fifty years,
I might forgive her.

I was living in Sydney for the first time,
born eleven or twelve years earlier
in Kempsey District Hospital,
but recently returned to Australia
in the old-fashioned way,
on board a merchant streamer
with all my family’s belongings
jostling about in the hold
beneath the single, circular,
backyard swimming pool
they had erected on deck
for the small gaggle of passengers
to waddle about in like ducks.

I had been speaking French and Vietnamese
for the first four years of my life in Saigon
and then some kind of North American
with a New England accent
(which hasn’t entirely left me)
for the next six and a half
under the tutelage of Canadian Catholic brothers
at an international school in Tokyo,
and I had never come across
this odd mouthful of a word before.

Both spellings,
and everything about what it means
to lock someone up, look odd to me now.
Nonetheless, ever since,
I have become a stickler
for Anglici()sed spellings,
and I like to think that
the Macquarie Dictionary editorial board
would be proud of how many ‘z’s
I have changed into ‘s’s over the years,
and yet I never again drew another picture
I cared as much about.

Australia has long been a prison
for those who washed up onto its shores,
a sun-drenched penitentiary for the mind.
And as I listen to endless chatter
about boat people and children in detention,
and find out from a simple Google search
– something not even conceivable at the time –
that there have been some twenty different spellings
of this word over half a millennium,
and that in 1978, just a few years after this memory is set,
the Australian Government Publishing Service Style Manual
finally agreed that “jail” could become
a permissible alternative spelling to “gaol”,
the question I ask myself is,
do we need yet another spelling,
a 21st spelling for a 21st century
– and not an American or an English
but an Australian spelling –
for our country’s unique
penchant for incarceration? 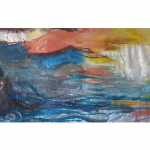 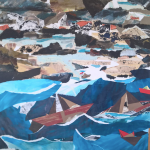