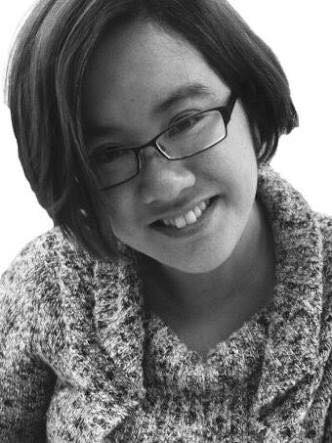 Hoa Pham is a psychologist and award winning author. She holds a doctorate in creative arts and a master’s degree in creative writing and psychology. Hoa’s first work, No One Like Me, was written for children from non-English speaking families, as she wanted them to have stories they could relate to.

Her first novel, Vixen, won her the 2001 Sydney Morning Herald’s Young Writer of the Year award. Hoa’s novels often include spirits and ghosts, dealing with darkness and always a contrasting hope. This theme shines in her novel, The Other Shore, which won the Viva La Novella Prize in 2014. Hoa has written in various styles, ranging from novels to children’s books, short stories and plays. In the long line of successes, Hoa is also the founder of Peril Magazine, an Asian-Australian online arts and culture magazine, a project close to her heart. Hoa’s determination has helped Asian-Australian writers gain the opportunity to publish their work.

Hoa’s works continue to represent a broad range of stories and experiences not often heard in the Australian community. Reading Hoa’s novels continue to inspire thoughts of peace and compassion.

In a past interview, you said that while attending primary school, there were only three Asian people at your school, two of which being yourself and your brother. Were you inspired to write No One Like Me for other children that feel the same way you did growing up?

Yes – but also for children who are witnesses or/and survivors of domestic violence who often feel that they are the only ones who experience such things.

Living in Australia, but being of Vietnamese decent, did you find it difficult to identify with a country as home?

I was born in Australia but did not identify as a place being home until I met other Vietnamese Australian artists who had similar concerns and experiences to me. Then I had met my people and could feel there were spaces in Australia I could call home.

In 2006 there was no Alice Pung, no Nam Le and no publishing avenue like Peril. Nowadays there is Mascara, Liminal and Pencilled In and we are having a renaissance of Asian Australian authors, writers and playwrights. There are programs for emergent Asian Australian playwrights and CALD authors and film makers. Things are certainly improving.

What would you say is the purpose behind your writing? What message are you trying to portray?

You’ve written a vast range of works, from novels to children’s books, short stories and plays. What is your favourite style of writing and why?

My first and still favourite form is fiction because you control the world and the ending, you can play God or Goddess.

Your most recent novel, Lady of the Realm, is written from 1962 and 2009, set against the background of the Vietnam and American War. In your novel, you have explored difficult subject matter, such as rape, violence and civilian casualties. Contrasting this, I found the underlining theme of the novel to be messages of forgiveness and compassion. Did you find it difficult to not only write about such a difficult time for Vietnam and the world, but to do so in a way that portrays a message of peace to your readers?

It’s through the practices of Thich Nhat Hanh the Zen Buddhist master that I was able to approach the subject of war in a way that was hopeful. It was being on retreat with Hanh that inspired me to write Lady of the Realm. Mindfulness is one way that peace is possible, being present in the present moment and being aware of ones wounds and anger.

What do you think is the most important thing to consider when writing about a time of war?

To have hope and the possibility of peace and do justice to the suffering and compassion it engenders.

Thomas Williams says, “Writing a novel is like building a campfire on an empty dark plain. One by one, characters come out of the dark and each one has a little pile of wood which they put on the fire. If you’re lucky, before the fire goes out, it’s a big bonfire and all the characters stand around the fire warming themselves.” How much do you agree with this? What is your writing process?

That’s one way of viewing fiction writing. My process is somewhat different, I start with an expression of an idea, a character and a scenario and tell the story of that character and scenario and let the tale tell itself. That’s the first draft. Then comes the redrafting and polishing.

Finally, I like to finish all my interviews with this questions. What is a question you wished you were asked about your writing? 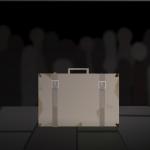 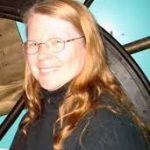