The power of Words: Two Writing journals determined to be heard 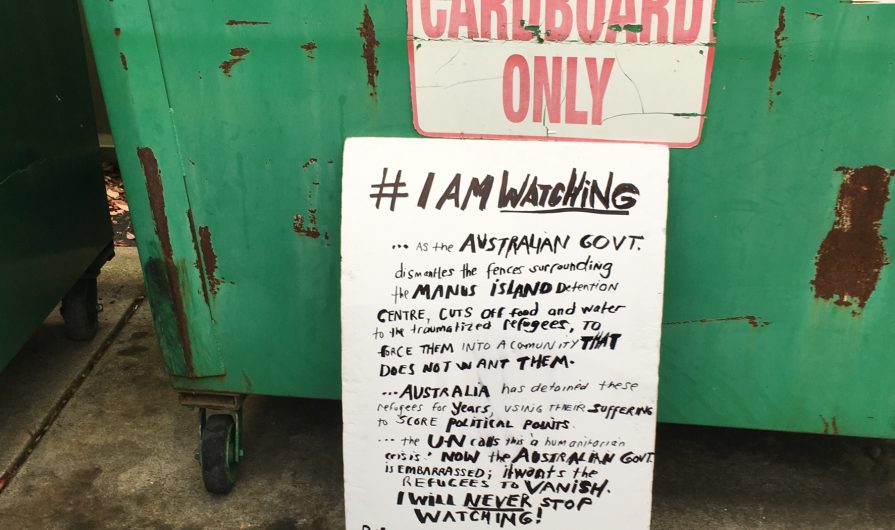 What do you take for granted? Imagine being terrified in your own home, your street, your neighbourhood. Imagine having to leave everything behind that you’ve ever known, because to stay will risk the lives of you and your children every day. Imagine being trapped in a strange and foreign place, a place that once symbolised hope, a place that you thought would be safe, a place that should be safe. But instead, you’re invisible in this new no-man’s-land.

Imagine that you have been trying in vain to get help for your little girl… your little girl who is in dire need of psychological assessment and treatment. She is so traumatised that she is self-harming, and is so desperate for help that she has tried to take her own life three times — her short little life in which the turmoil of upheaval, poverty and witnessing violence has become an everyday event. Uncertainty and darkness loom, heavy storm clouds are on the horizon, greenish and laden with hail. Unstoppable. Every day you are invisible. Any power that you might have once had seems to be gone forever.

A poignant and disturbing piece of writing, ‘How could you do this to us?’ by Christine Hill, which won the Grace Marion Wilson competition in 2017, heartbreakingly illustrates the hopeless and desperate existence of detained families, including children and even babies born into the tragic situation. This was the catalyst for creating the special ‘Migration’ issues of Other Terrainand Backstory, and inspired the Editors of Other Terrain and Backstory, two writing journals belonging to the Writing Department of Swinburne University, into action. The voices and stories of thousands of immigrants, detainees and refugees could not be ignored.

Issue 5 of Other Terrainis introduced by Mohammad Ali Maleki’s powerful poem, ‘Expectations’. Every day Mohammad takes very little for granted, as freedom is not an option for him. Originally from Iran, Mohammad is a Manus Island detainee and his poetry has been skilfully translated from Farsi to English. The following short extract of Mohammad’s ‘Expectations’ puts into words the unimaginable:

Hey, Freedom,
I don’t know what you are.
But I whisper your name like a lost child.
Freedom, set me free from this prison!
This prison made by fellow human beings.
Hey, Freedom,
I am a rain drop
waiting to join the sea.
Hey, Freedom,
look how my brain is frozen.
A spider web has surrounded my thoughts.
Smoke and dust sit on my mind;
my heart is surrounded by hatred.
They made a cage in my throat —
But they left this voice and enough breath to speak my truth.

We are very fortunate and excited to have the award-winning poet Anne Casey as our Senior Poetry Editor. Having taken on many challenging roles throughout her career both in Australia and overseas, Anne has worked as an editor, journalist and author. Anne is currently receiving international attention in the poetry world. In 2017, Anne won the Glen Phillips Novice Writer Award and her debut poetry collection ‘Where the Lost Things Go’was published last year. Anne’s writing and poetry have, in fact, been ranked among the most-read pieces in The Irish Times, which is the leading national daily newspaper of Anne’s native Ireland. Now residing in Australia, Anne is passionate about poetry, and believes “that every poem, like all art, should leave you changed by the experience”.

The special Migration issues of Other Terrainand Backstory’s guest reflection will be written by award-winning Australian writer Isobelle Carmody. Our special guest, Isobelle, is the author of the Obernewtyn Chroniclesseries of books. Isobelle has won several Aurealis Awards for her young-adult sci-fi fantasy novels and short stories, not to mention many awards for her rich contributions to children’s literature. Described in The Canberra Timesas “one of Australia’s best literary fantasy writers”, we look forward to having Isobelle share her thoughts and reflections with us.

Issue 5 of Backstory presents Anita Patel’s exquisite poem, ‘How Many Borders?’ Based in Canberra, Anita is a successful author and poet. Her work has been published inThe Canberra Times, Block 9, and Mascara Literary Review,as well as many other exciting literary platforms. In 2004, Anita was awarded the ACT Writers Centre Poetry Prize for ‘Women’s Talk’, and Anita’s work has now been selected for Australian Book Review’s ‘States of Poetry 2018 – ACT’. Also a rich contributor to children’s poetry, Anita has drawn upon that passion and has magnificently captured the tragic vulnerability and desperate struggles of displaced families in ‘How Many Borders?’:

And when you get here – will they understand
how many borders you had to cross to reach this land?

Issue 5 of Other Terrainfeatures the powerful poem, ‘Syria’s Children’, by Lizz Murphy. Lizz is a published author and poet and is the current Poetry Editor of The Canberra Times. Originally from Belfast, Northern Ireland, Lizz now resides in Binalong, New South Wales. One of Lizz’s best-known anthologies is ‘Wee Girls: Women Writing from an Irish Perspective’. In the following short extract from ‘Syria’s Children’, Lizz’s heartbreaking portrayal of displaced and exhausted children is stark, yet beautiful; bleak yet descriptive; and confronting yet touching:

The late Akira Kurosawa, a noted Japanese film maker and screenwriter once said that “to be an artist means never to avert one’s eyes”. Other Terrain and Backstory’s devoted artists—its poets, writers, editors, and contributors—have dug deep and kept their gazes firmly fixed on the voiceless truths and precarious experiences of men, women and children, whose lives are thrown into the chaos that is migration, diaspora, and detention. Even when the words that the eyes evoke from them are an uncomfortable, shocking, confronting collection of heartbreak and unembellished phrases. The honesty in these journals is exquisite, unforgettable and eye-opening. To ignore these works, is to ignore what it is to be human.

Mohammad Ali Maleki has managed to not only portray his own unique struggle but has given a voice to, and put in to words, the struggle of many thousands. In ‘Expectations’, Maleki helps the reader focus their own eyes on an issue that can so easily be overlooked, out of sight, silent, far-removed, and just too bloody hard. Maleki has so succinctly and beautifully written what is amongst Other Terrain and Backstory’s most powerful lines of poetry this issue:

‘They made a cage in my throat —
But they left this voice and enough breath to speak my truth.’ 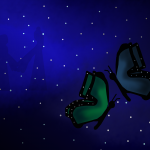 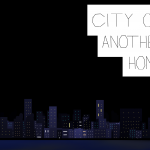 Next Story:
City of Another Home