Born to the Wrong City. 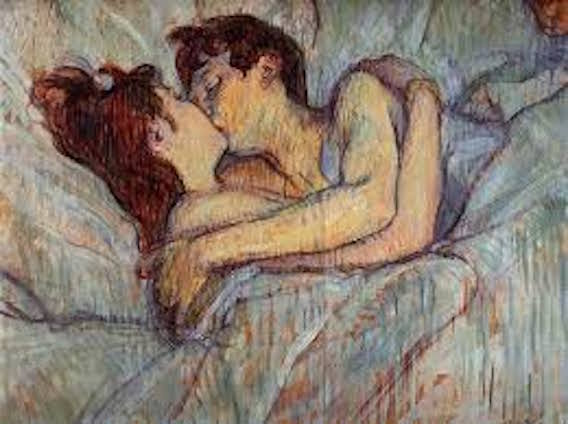 ‘That’s the thing, Mary. They’ll tell you love is the most beautiful thing on earth and then they’ll incarcerate you for it.’

‘I’m not following, Henri,’ Mary said, cleaning up the prescriptions on his bedside table. He’d been tipping the contents out and dividing them into appropriate colours, but apparently people weren’t meant to do that.

‘Oscar! Oscar Wilde!’ Henri blazed, stabbing a finger into the air, his hair sticking up in all directions. A blazing rash had creeped up his wrist, circling his finger. ‘They’ve thrown my friend into jail because they think he loves a man.’

‘That’s not the point,” he slurred, running his hand through his hair to pick out dried particles of paint. ‘The point is that today love isn’t what it could be. Free.’

Henri scrambled for the bottle of absinthe and said quietly, ‘I am far from a man, Mary.’ He ran his calloused hand over his small legs. They still ached sometimes from when he’d fractured them as a boy. When he stood he was barely past Mary’s ribs. Not that he stood much nowadays.

Mary said nothing. Only closed the cap on his prescription before setting it down gently. He heard her inhale, could see the way her eyes settled heavy on his rashes. He looked down and felt her move away, shoulders hunched. She never asked him about the brothels. But then again, it was sad to assume that the only way he could feel someone’s touch was through coin. Once he caught her watching him through the window, and though it was dark, he thought maybe her eyes were just a little broken as he left for a night of pleasure.

‘If you like I could have your dinner prepped, sir,’ Mary said. Her voice sounded strangled.

He reached for his stick, its head shaped into the face of an eagle. He stood, wobbling, and Mary instinctively grabbed his upper arm. He shrugged her off, muttering that he wasn’t an old man, and walked to the furthest wall. The left side of his stomach pulsed with fire.

He eased the white sheet off the canvas, certain that Mary had turned away. But she always stared at his art, perhaps a little perplexed that someone like him could paint such beautiful people. Sometimes he caught her lifting the white sheets off his canvases, staring for hours at night, before covering it once more and slipping out of his room. He scratched hastily at his swollen neck, looking at the way the colours melded together into the painting of a couple.

‘Only because I am so ugly.’

‘Don’t say that,’ she said sharply.

‘No one could love this,’ he spat at his window reflection, enjoying the way his throat burned as he drank. He laughed bitterly. ‘God must hate me if he thought I could live in the city of love.’

He heard the shift of a dress and turned to see that Mary had lifted her skirt to her knee, showing off a large silver scar. ‘We all have ugly bits. Does this make me ugly? Does it make me unlovable?’

Henri shifted his eyes away. Skin was for the brothel and this was his home. But he still said quietly, ‘It does not make you ugly, Mary.’

She dropped her skirt with a satisfied movement, but her mouth still drooped like a sad dog’s tail.

Henri walked precariously back to his messy bed, tipping the absinthe bottle back only to find it empty. ‘Grab me another, please,’ he said, handing the empty bottle to Mary. She left and returned, placing it back in his hand.

Henri spat the liquid out. ‘This is water, you fool!’

‘And it’ll do you some good,’ she said, tidying up his table, rearranging the paints, tucking the used paintbrushes into a cleaning solution. He had trouble seeing the lines of her face properly. But he knew it was her because he could see the mole on her left cheek, right below her eye.

Mary stopped and caught his eyes. Her throat bobbed once, trembling hands smoothing down her dress. She grabbed him by the arm and steered him gently into bed. Maybe it was the fact that she was touching him, or that it was nice to be supported, but he didn’t shrug her off this time.

‘Your father will be visiting soon,’ Mary revealed.

Henri stumbled out of her grasp as his throat dried. ‘Why.’

‘You know why,’ Mary murmured, fluffing his pillows, ignoring the way Henri pathetically tumbled into bed. She had no family; she couldn’t understand that sometimes family was like forcing yourself to kiss the skin of devils and pretend they were angels. ‘And because –’

But Henri waved her away. ‘I’m tired.’

The door clicked softly behind her, and Henri counted all the raindrops that raced down his window.

This was not how Henri wanted his father to see him: drowning in pillows and blankets, a crown of sweat burdening his eyebrows. Henri had planned to sit at his mahogany dining table or stand by the giant self-portrait he had commissioned himself – hoped even just to stand.

Back like a Roman pillar, Alphonse de Toulouse-Lautrec towered over every living thing. Henri had heard that Alphonse used a walking stick too. But today it was nowhere in sight.

Henri buried his shaking fists beneath the blanket, running his tongue over his teeth. “I knew you wouldn’t miss the kill,” Henri said, almost grinning at the way the words rolled off without a tremble.

‘Henri,’ Alphonse nodded, looking around the room. Henri had moved himself to a room without his paintings. Alphonse was not allowed to see them. He might start wondering how much they could sell for.

Alphonse grabbed a stool and sat himself down beside the bed. His eyes unashamedly followed the path of boils along Henri’s jaw and neck, lip curling.

‘I see your sins have found themselves onto your skin,’ the old man said.

‘I see your soul still hasn’t been found.’

Alphonse didn’t laugh. His eyes gleamed black like a dung-beetle’s. ‘Your mother sends her regards. She would be here, but she doesn’t want to catch any sickness.’

‘She already has, living with you.’

Alphonse moved too quick for an old man, snaking a hand beneath the blanket and whipping out Henri’s hand. He leaned in close. ‘All that talk, but you still shake, I see,’ Alphonse hissed.

Henri snatched back his hand, a flush creeping up his neck.

‘There are things age does to you, Henri. Age makes your back curl like a dead flower; it makes your skin thicker, makes your nails sharp. But age doesn’t stop you from being my son. You will always be mine, Henri.’

‘All this wealth and yet you’re still the same pathetic little boy with a big mouth and broken legs.’

Henri’s mouth felt like it was filled with concrete. ‘Get out,’ he managed.

Alphonse remained seated, folding his hands neatly in his lap. ‘I stumbled on your doctor as I arrived. He told me syphilis isn’t a kind disease.’

Henri knew this already. But all the same he felt the urge to call for his mother, or for Mary – anyone but Alphonse.

The old man stood with a pleasant face. Just as Alphonse passed the threshold, Henri said, ‘What does it matter? You’re going to the same place soon.’

On the day of his death, Henri finished his most famous painting.

It was a miracle he hadn’t ripped it apart like the other ones last night, but Mary had stopped him just in time, seizing the hand with the bottle in it and escorting him to bed. He had wept for the first time in years.

‘That man beat me within an inch of my life. He only stopped when he realised he could make profit off my art,’ Henri spat, causing Mary to flinch. ‘Maybe it’s lucky I can’t have children. I’d beat them too if they were as horrid as me.’

He said this as he carefully blended cerulean blue with a soft grey. Mary said nothing. Maybe she was just counting down the days until he was gone.

‘You never painted anything of me,’ Mary murmured after a few hours.

Henri stopped painting, the night wind stirring the curtains into a graceful dance. His heart gave one last peaceful beat before diving into a rapid rhythm. ‘They’re all of you, Mary.’

‘All the women in my paintings are you. I just changed how they looked so you weren’t frightened.’

Mary fell silent. It didn’t matter if she didn’t want him like he wanted her – he was dying anyway.

He jumped as Mary’s fingertips brushed his wrist. He wanted to warn her away – syphilis was easy to spread – but he had always been selfish. He closed his eyes. The night air was sweet.

He’d been intimate with many women, but their passion was fuelled by the coins in his pocket. So, when Mary laid down next to him, shoulder to shoulder, hands clasped, he knew no mountain of coins could compensate for this.

Henri breathed for the first and last time as the moonlight caressed the painting of a man and a woman holding each other in the sheets.

This historical romance was based off the life of Henri de Toulouse-Lautrec. The aim was to deviate from typical romance conventions by writing a character that is deemed by many as unloved. This story also aims to show that love is not always fiery passion or grand gestures, but can be as small as two hands touching.

The phrase “I knew you wouldn’t miss the kill” is a true statement said by Henri Toulouse. 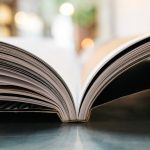 Next Story:
A Novel Excerpt from Pelagia’s Healing Therapies