The Woes of Witchcraft 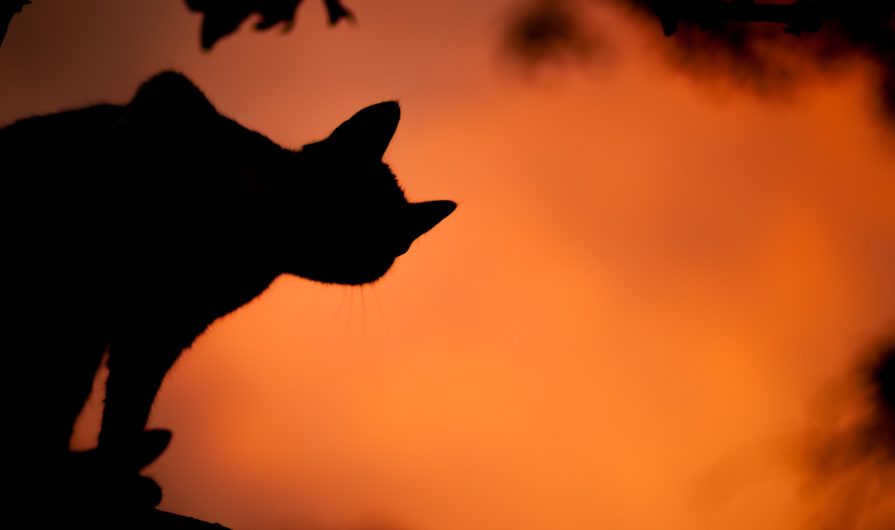 When Agraphena arrived, Nina was lying on the rough hay bed, her face pale. Sweat pooled the sheet around her and stuck her fine blonde hair to her forehead. The summer had stretched far too long. Crops were long wilted and the river nearly ran dry. The smell of animal dung intensified under the beating sun, causing Agraphena’s stomach to churn. Despite being new to the village, the girl had already been summoned on four occasions to treat those ailed by the heat. She expected as much, having prepared an elixir of willow bark and mulethi when the sun’s violent rays had first struck. However, there was little else she could do. The heat, like so much else, was inescapable.

Nina and her husband, Ivan’s cabin was much like her own. One large room, with uneven wooden boards joined together for the floor and walls. A wine-stained table with two chairs filled the middle of the space. Despite the weather, the hearth still smoked in the corner. It was a modest life, but one she knew well. Perched on the edge of the bed, Agraphena placed a damp cloth to the other woman’s forehead. Ivan lingered in the corner, casting a watchful eye over her every move. She was used to the suspicious glances that followed her. She knew what the townsfolk thought of her. That the devil lived behind her eyes. That she’d danced with Satan. But despite it all, they still came to her for help. She dipped the thick clay cup into the water pail and added a few drops of the elixir.

‘Drink this, it will help.’ She said tenderly. Holding it to Nina’s lips. The woman looked to her husband before taking a sip. A wave of pity washed over her. She was lucky really. Not having anyone to answer too. Anyone to look to for permission. Nina had always treated her well, even checked on her during the bitter winter months. She found herself wishing they could speak alone.

‘Dyakuyu,’ Ivan said, interrupting Agraphena’s thoughts, ‘She is fine, you may go now.’

He passed her fresh veal as payment, which was gladly accepted. It was rare for her to dine on such fine meats, usually resorting to rye and cabbage soup for supper. Casting a sad smile over her shoulder she gathered her belongings and began the journey home. The last of the sun’s golden daggers pierced through the trees and the dry grass crunched under his foot. The beef weighed down the woven basket that hung off her arm. She decided it would be cured in preparation for the winter when the energy meat gave would be much needed. It’s best to start early. Otherwise, the cold creeps in and catches you unprepared; she’d seen it happen too many times before.

The sun had long set and the sky blackened when a knock on the door caused fear to spread through Agraphena’s veins. For anyone who was wandering the fields this late would surely be unwelcome. She was in her nightgown, soft with wear, a woollen blanket at her feet. Another knock echoed through the cabin. She wrapped the blanket over her shoulders and cautiously made her way to the door. Peering through a crack, she saw Nina’s face in the shadows.

‘My god,’ Agraphena exhaled, pulling the door open, ‘are you alright?’ Nina looked better than the last time she’d seen her. Colour flushed her cheeks, but her brows were still pulled together as if in worry. She walked into the dim room, her eyes landing on the herbs splayed across the table.

‘No… a child is not always a blessing.’ Her hand rested on her stomach. Agraphena

waited for her to continue speaking but was met with silence. The wind whistled through the crevasses of the home and she could hear the chickens out back. The room flickered under candlelight. She knew what Nina wanted. The heat had already killed the grain crops and wilted the summer blossoms, and now, it was to take a child. There was a store of dried hellebore in the cupboard that would cause her too lose the baby but at great sickness. If Ivan found out he would no doubt blame Agraphena. She’d seen other witches be thrown out of town or worse for meddling in the affairs of others. But despite her better judgement, she cared for Nina and got to work.

Agraphena sent Nina to fetch wood from the pile outside, while she mixed the hellebore root and savin in her battered iron pot. She felt tense. The two women built the fire together, and, with the aid of a fire steel, the cabin was soon drenched in soft light. She added water to the brew, as well as a touch of mint for taste, and hung it over the flame to boil.

‘Are you certain about this?’ Agraphena asked a final time. Nina simply nodded in reply.

They sat at the table together waiting. A shared feeling of idleness loomed over them. When the pot bubbled over, and the fire began to hiss, Agraphena transferred the poisonous mix into a cup and handed it to Nina. The woman examined the liquid. It was dark in colour and bitter in the smell. The fire had heated the cabin something terrible and left them both drained.

‘Please do not think ill of me,’ she said, ‘it is what is best for everyone, for him.’ Her gaze fell to her belly. Agraphena nodded. She understood a woman’s place in this life, the struggles that a child brought. The baby would just be another mouth to feed. Another person to care for. She couldn’t look badly upon Nina, for if she were in her position, the same choice would be made.

The sun was beginning to rise over the hill, and men were making their way to the fields. The night had stretched to morning but Nina still writhed on the bed in pain. Her mouth burned from the tea, and bile continued to rise in her throat. She clutched her stomach and let out a cry. Agraphena, not having witnessed the effects of Hellebore before, silently vowed to never inflict this pain on another again. She did the best she could to calm the woman. Her efforts were in vain as the brew made its way through Nina’s body. Ivan surely wondered where his wife was. Neighbours were soon to be awake to hear the screams. She started to stress. There were no laws to prevent what she had done, but there was no protection either. Nina gave another wail.

‘Dorohyy,’ Agraphena grabbed her hand, ‘I know it hurts, but you must keep quiet.’ She was only met a frail moan in reply. A hammering knock on the door paralysed both women in their place. The room was entirely still apart from their breath.

‘Nina!’ it was Ivan. Another pound followed. The women exchanged panicked glances.

‘You Ved’ma,’ he growled, as Agraphena opened the door, ‘you witch! What have you done to her?’ The man pushed her aside and made his way to his wife. She cowered as anger emanated off him. The toxic brew still sat on the nightstand; Ivan seized the cup and hurled it across the room, sending sharp ceramic shards across the floor. Nina wailed, out of pain or fear Agraphena couldn’t tell. He grabbed Nina, lifting her over his shoulder. ‘I’ll be back for you,’ he spat on his way out. She was concerned for Nina, for how she would be punished but she was also concerned for herself, and for what Ivan had planned.

Shaken by the man’s words, Agraphena spent the morning traipsing back and forth in her cabin, waiting for a menacing knock or scream. The next town was thirty miles away, if she left now she would make it by sundown. It wasn’t the first time she’d fled a village due to old prejudices, but she began to grow tired of running. Slowly, Agraphena gathered her belongings in the same worn basket. She needn’t much, only packing one other dress and some food stores. Her mind wandered to Nina. Was she still riddled with pain? Had she confessed to Ivan what they had done? Would it be a sin to leave her now? The questions spiralled in her mind as she sat on the hay bed. The faint smell of smoke lingered in the air. A sense of defeat hung heavy in her limbs. Within minutes black clouds bellowed through the wooden home, jolting her out of her thoughts. She ran to the door, only to be met by Ivan, torch in hand. A small crowd followed.

‘Ved’ma to ashes!’ their voices rose behind him. Horror spread throughout her body as the heat radiating towards her. The cotton of her skirts caught alight in an instant and sent pain searing up her legs. Her eye’s blurred with tears, while a scream escaped her lips. From then on, all she saw was red. 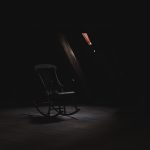 Previous Story:
The Dead Have No Voice 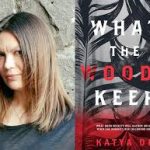 Next Story:
Our inaugural podcast with Katya de Becerra.