“This was not the exultation of war. This was gratitude. This was sadness for the waste of life. […] This was good mates seeing one another again as they had done for over seventy years; such friendships were born out of horrific circumstances.”

Two Generations is Anne Connor’s first memoir. The Melbourne writer’s book is based on a true story and uses fictionalised characters and events to complement and bring to life the author’s heartfelt reflections. The book is written from the perspective of the daughter of Jock Connor. Jock is the central character; a hardened man who wasn’t always that way. Born after her loving father and his lightness of spirit was already damaged by the war, Anne Connor lovingly combines her research and memories to uncover her late father’s closely kept and heart-breaking secrets.

The book begins with short anecdotes and recollections, which act as a scene-setting prologue that intrigues and engages the reader. I immediately found myself wondering, Why was her father that way? What was his terrible secret? Let’s face it, World War II was horrific, and my mind was racing from the beginning. I imagined a dozen terrible battlefield scenarios and atrocities that may have befallen any soldier during the dank and mouldy misery of the New Guinean jungle in 1943. Yet, of course, having never been to war, I can’t really imagine, and thankfully so.

But Two Generations also provokes nostalgia. I wonder if a reader can even be ‘nostalgic’ for long lost traditions and names and places that only existed long before they were born; I wondered, and the answer was a resounding yes! How strange it must have been to have to black out windows at night in Australia, and even put metal lids over your campfires, in case the enemy turned up under the cloak of darkness. Did you know that in Australia during the war, trains had to stop before dark, their guiding lights too risky with the threat of night raids in Australia? Well, I didn’t… and I also didn’t know much about the bombing of Darwin by the Japanese. The author writes:

“He tried to stay still, but with every explosion, he was thrown against the hard rock wall of the ditch and pummelled from head to foot. He didn’t know how long it was before he realised hell had subsided. […] He looked around and saw Darwin ablaze”.

The horror of war reaching Australian soil and the muddied bloodbaths of our troops in New Guinea combine to bring you closer to what the hell happened to Jock. Each page makes you take stock of the myriad reasons why people might act the way they do, and that everyone is a puzzle with a story. Anne Connor meticulously showcases the fragility and fleetingness of life and how a human body is life’s flawed and vulnerable vessel.

Most of all, Two Generations illustrates that maturity and time are often the only way that the truth can ever be revealed. 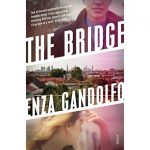 Next Story:
‘The Bridge’ by Enza Gandolfo