‘The Bridge’ by Enza Gandolfo 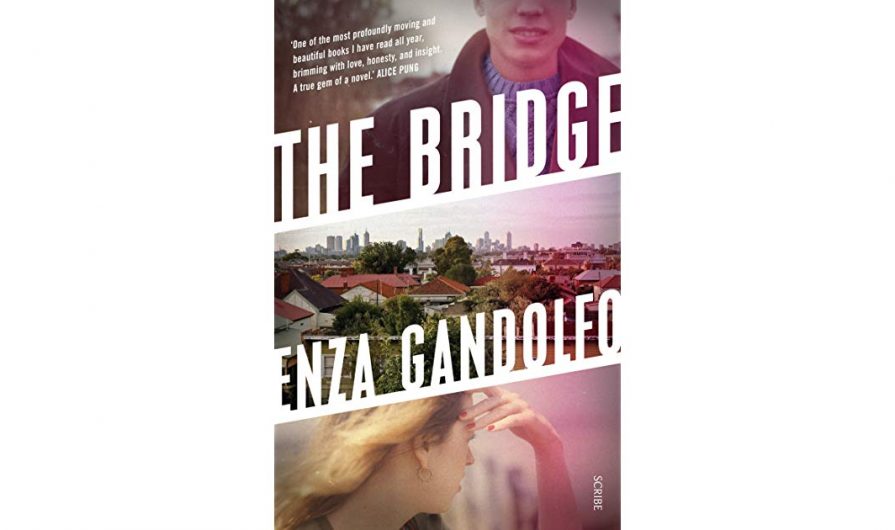 Enza Gandolfo is an Australian writer whose latest novel, ‘The Bridge’ delves deep into the circumstances that shadowed the collapse of the West Gate Bridge in 1970. Reigning as Australia’s worst industrial accident, the falling of the bridge shattered lives both close to Williamstown in West Melbourne, to international borders when the families of those lost heard of the devastating news. Readers are introduced to two protagonists separately, residing in their own timelines and circumstances. The skilful play with time is important, as it connects the two interrelated storylines so that readers see a continuation of the processing of grief. The two tragedies are connected and bring about varying questions of ‘what if?’ for readers when sitting idle by characters in the wake of trauma.

The narrative begins with Antonello, an Italian migrant in his early twenties who works construction on the bridge in 1970, only to bare witness to its collapse. With the loss of friends, work and now a sense of normality, readers follow Antonello as he tries to navigate a life after the unthinkable. Our second protagonist Jo sits in waiting almost forty years later, a high school student who whilst already dealing with the expected woes of adolescence, receives news of a car accident that sends her world into a spin. Both characters however are connected by events surrounding the West Gate and despite the actual falling of the bridge being the thematic drive for Gandolfo’s narrative, it is the personal, social and political aftermath that proves pivotal to its literary direction. It is through these arcs that Gandolfo explores grief, forgiveness and companionship as concepts that point directly at what it means to be human during times of hardship and trauma.

Gandolfo is a brilliant storyteller, with her attention to character details proving to be her strength. Constructing protagonists with such a raw sense of vulnerability and honesty allows readers to sit amongst the grief and ache for those experiencing such unjust tragedies. Despite the change in decade, the two narratives compliment each other perfectly; linked by the bridge and the human notion of ripple effects and empathy. We move through their stories intimately, detail by detail and travel with their emotional journeys as if standing right by them. It is here that the author truly unleashes her creative power. As readers we feel the harrowing pull of grief experienced by both Antonello and Jo, which is then entwined with the helplessness of being on the outside and looking in. We feel like family to them; watching alongside as the bridge fell and then the processing of death itself as it dawns upon a character who was already fighting off the worries and thoughts of 21st century life. Gandolfo has developed personable characters that readers yearn to comfort, being that the plights of both Antonello and Jo are extremely harrowing and unthinkable. The importance of relatable characters is crucial with content as dense as ‘The Bridge’, for our relationships with both Antonello and Jo depend upon our understanding of loss. Gandolfo then invites readers to revisit our own experiences, luring us to draw from moments of sadness or grief to stand supportive and empathetic with such characters.

Those not local to Melbourne needn’t worry about lacking a sense of place, with Gandolfo showcasing her extraordinary ability to construct setting to the most intricate of details. Readers will walk through the aftermath of the bridge collapse being able to smell petrol fumes and feel the heaviness of morning smog. The narrative itself boasts almosta third protagonist here, with such immense care taken in the world around that even in moments of compact dialogue we are able to sit amongst the environment along with Antonello and Jo. It is fair that at times, the descriptions may seem clunky or adjective-heavy, however this ultimately aids the tone of the narrative. Reflective of such grave themes, Gandolfo’s writing bares all for the reader to absorb and process as the story unfolds.

The lasting impact of the bridge collapse is explored in minute detail, moving through experiences of shock and anger, to then touch on the idea of survivor guilt. The absolute need to know why is something that haunts our characters throughout this narrative, reflective of course of the human condition that struggles to conceptualise why one’s survival was granted over others. The existential concept of chance plays a key role here, enthralling readers with self-reflecting questions as to how our lives are lived and reminding us that our journeys are fickle; subject to contort and twist at any given moment and that even in the worst of moments, life will endure.

‘The Bridge’ is a powerful story that follows characters through the aftermath of trauma. With the inspiration drawn upon real-life events, Gandolfo has woven a narrative that is both incredibly moving and at times, absolutely heartbreaking.  Although fictitious, Gandolfo’s protagonists represent the fragility of human life as well as the consequence of a nation left in agony. In turn, there is so much strength in the smaller details of the individual people left in the wake of such a tragedy, those seemingly forgotten amongst the chaos of needing to regroup and rebuild. 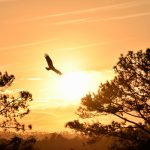 Previous Story:
I SPEAK FOR YOU 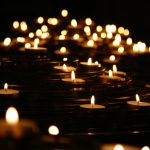