The Darksome Bounds of a Failing World. 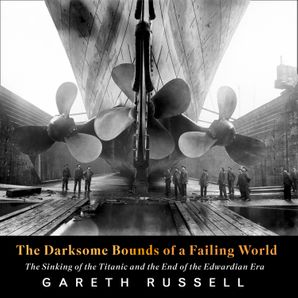 Gareth Russell’s book, The Darksome Bounds of a Failing World, addresses the sinking of the Titanic from an angle not explored before in the countless retellings of this historic event.

The story follows the lives of different passengers on board, ranging from one of the richest men in the world and his young, pregnant wife to a lovingly devoted couple. Each character lights the story with their unique flare causing the audience to eagerly press on. Besides the passengers, Russell pulls back the curtain on the interior of the ship, describing its beauty with breath-taking detail.

While the story of Titanic has been told and told again, what makes this book stand out from the others are the intricate back stories of these characters. History is woven thoughtfully into this seamless tale. Backgrounds include American slavery and even Nazi’s pop up, taking the reader into previously uncharted territories, to directions the story doesn’t usually go down.

While it was interesting reading about how the ship was made and the struggles that came along with it, the beating heart of this work is really the stories of the characters aboard the ship. Discovering the scandals, learning who everyone truly is and becoming empathetic to their human stories is what makes this book something other than just one about the devastating end of the Titanic.

I believe this book will hook a certain type of audience. People who are passionate about the history of this man-made wonder will rush to read the tale of the inner workings of the Titanic. However, if not interested in this particular part of history, it may be a difficult read for some readers. What I enjoyed best were the times when Russell brought alive the passengers of this tragic ‘great ship’.  Amongst his pages, Russell has captured perfectly the world of the Titanic. 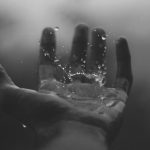 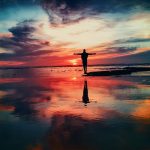