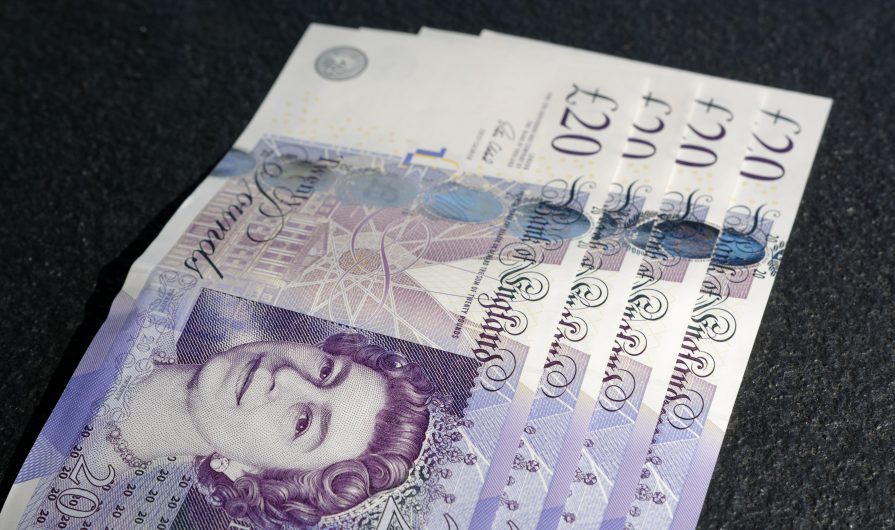 The kitchen door was slightly ajar. I bobbed gingerly from side to side, squinting into the sliver of light. I was no novice when it came to eavesdropping and I knew not to push a door that creaked, not even for a better view.

‘You can’t just take it and spend it, you eejit! It needs cleaning up first or else we’ll have the Old Bill on to us in no time. Use your bloody head, Frank.’

An unseen fist pounded the table, making me flinch.

‘Clean or dirty, I want my money!’ growled an unfamiliar voice. ‘I’ve waited long enough. I owe Johnny Towner fifty quid and the missus is bending my ear to buy the baby’s pram. She’s due any day now. I can’t wait no longer.’

My dad’s gentle Irish lilt was unmistakable, but who was the other man? One of the Cockneys we’d met on the boat from London, perhaps?

‘I’ll be back tomorrow and if it ain’t here, there’ll be trouble.’ The threat hung in the air, and the scraping of chairs told me it was time to scarper.

I was safely at the top of the stairs before footsteps trudged along the passage and out the front door. I puzzled over the conversation as I entered my bedroom, where I spotted a pile of clothes shoved carelessly under my bed. Mum’s parting words rang in my ears.

‘I’m looking after Mrs. Williams all day today, so make sure you get to the launderette before it closes,’ she had yelled over her shoulder as she hurried down the garden path.

I stuffed the clothes into a pillowcase and raced to my parents’ bedroom to empty their laundry hamper. Scooping up the contents, I held my breath to prevent the stench of sweat and stale perfume from catching the back of my throat. My fingers brushed something metallic, and I looked down to see a battered biscuit tin at the bottom. My eyes widened with excitement as I lifted it out and prised off the lid to discover a collection of wrinkled but vaguely familiar faces staring right back at me.

So much money! Where had it come from? Who did it belong to?

Then the penny dropped; Dad wanted me to wash all those notes with the laundry so they were clean enough to spend without fearing a visit from Bill. Of course!

Impressed by my own cleverness, I bounded down the road with the bulging pillowcase nestled inside my doll’s pram. Dad was always urging me to show some initiative. I imagined myself humbly accepting the praise he would heap on me in a few hours’ time. Not to mention the silver coins that would undoubtedly follow as my reward.

As soon as I’d set the washing machine in motion, I headed for the launderette door. I smiled politely as I held it open for a man in a dusty cap who came bustling through. He returned my smile and made his way over to the machine next to mine.

Free to amuse myself until it was time to retrieve the washing, I set off down Smith Street with a spring in my step. I was eager to get on with my usual wash-day routine – a bag of lollies from Mrs. Murphy’s corner shop and a visit to the playground for a few goes on the Moon Rocket.

It wasn’t long before too many lollies and too many goes on the slippery dip left me with a familiar sicky feeling in my tummy, so I ambled back to the launderette. I took a seat opposite the row of huge machines. They rattled and whirred their contents to a blur. When a loud ‘clunk’ indicated my wait was over, I jumped up, eager to see the sparkling notes that would greet me.

Imagine my horror as I opened the lid to find nothing but a pile of damp, tangled clothes. There was no sign of the money anywhere. Not a single bank note.

Tears welled in my eyes while I pulled at the clothes, cramming them as best as I could into the pillowcase. I wedged the bundle back into the doll’s pram and wrestled with the heavy door, desperate to flee as far as I could.

It wasn’t until I was within earshot of Mrs. Murphy’s shop that I noticed the commotion. I wiped my eyes with my sleeve to clear my blurry vision and slowed my step as I approached. The man I’d seen earlier at the launderette had his face smooshed up against the shop window. His cap had fallen to the footpath to reveal his ruffled, greying hair, and it was now being crushed under the enormous boot of a policeman who attempted to secure handcuffs around the man’s wrists.

Another policeman stood nearby, talking to a man in a dark suit who remained silent, but nodded approvingly every few seconds. I stopped to watch, mesmerised by the unfolding scene.

‘Yes Sir, the suspect tried to pay for a packet of cigarettes with a damp ten-pound note and the shopkeeper had the sense to check the serial number,’ I heard him explain. ‘It was only a matter of time before the perpetrator came to light. We’ve had our feelers out for these notes for weeks now. Didn’t expect Bert Murray here to have anything to do with it, though – that was a turn up for the book! All the boys at the station had their money on that Frank Fletcher and some Irish bloke he’s been hanging around with lately.’

A smug smile curled his lips. ‘I bet they’ll breathe a sigh of relief when they hear someone else’ll end up in the clink for it.’

I couldn’t quite make sense of it all, but instinct told me there was something very fishy about that money. An involuntary puff of air escaped my lips; my dad and Frank Fletcher weren’t the only ones who would breathe a sigh of relief. All three of us had had a rather close shave. 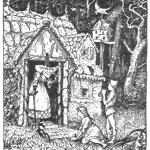 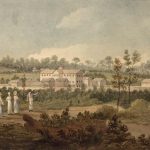 Next Story:
The Ink Stain