Australia Is Also At War 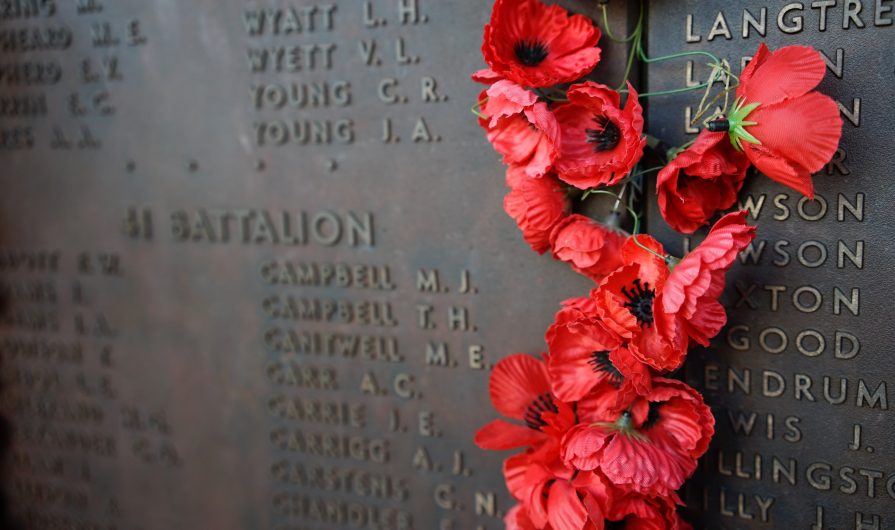 She never got over it. It ate away like an ulcer once it took hold, him being her first child. A sickly child, slightly built, he was prone to most things. Measles hit hard. So she protected him, as somehow more vulnerable. He lived at home for years on the farm before taking off for Queensland, but by then she couldn’t stop him. And he enlisted up north; he’d never have dared in Victoria. Too close. Arthur James was born January 1888, and named after his two grandfathers but grew up like Pa, same dark hair and eyes. After he left home, he added a moustache to look different and to be his own man.

Pa was still running the farm but starting to slow and no doubt he expected Arthur to take over. But with so many men enlisting, father had no choice but to go on working. Besides, there were ten of us, so we pitched in as best we could. Arthur took on work as a carpenter, being good with his hands and frankly, I think he’d had enough of farming.

He embarked from Sydney on March 31st, 1916, well away from Ma who’d tried talking him out of it. He wrote, sending a photo. That’s how we knew about the moustache. It made him look older, kind of pompous. But he still had that smile of his, and he seemed at ease. Then almost as a PS, he said how he’d named Ma as his next of kin, in the event. I suppose he felt Pa had enough what with the farm or maybe he thought it somehow apologised to her. She read the letter, holding the trinket box he’d sent her. He was always making little presents for her, and this one began life as a cigar box. He’d planed and sanded it, buffed and polished it, ‘till you’d never have known it wasn’t from some fancy shop in Melbourne.

Eighteen months later, he was dead. The Army sent a telegram to Victoria Barracks. Pink, marked URGENT; the typing was purple from the carbon paper:

Officially reported that Number 4890 Corporal A. J. Williams, 25th Battalion, killed in action 20th Sept 1917. Please inform Mother Mrs E. Williams, [address supplied] and convey deep regret and sympathy of their Majesties the King and Queen and Commonwealth Government in loss that she and Army have sustained by death of soldier. [Reply paid].

It was almost as if she’d been expecting it. From then on, she carried that telegram everywhere with her, perhaps because it made her feel connected to him still. Over time I began to think it was an obsession and more than once I was tempted to “lose” it but now, having boys of my own, I’m glad I didn’t.

He was hit by a shell, died instantly and was buried by his mates who marked the grave with a cross. This was important, not that she could have afforded a trip to Belgium to see it, but the thought of him in an unmarked grave was too much for her. So she began writing to the Army hoping for an exact location, but the more she asked, the more evasive they became.

Over time, there were reports:

I saw Williams’s body after he’d been killed on 20th Sept. near a Blockhouse in the attack towards Passchendaele. I think he was killed by machine gun. He was hit about 6 a.m. I saw his body eight hours afterwards. He’d just got his stripes and was machine gunned. Corporal attached No. 4 Pit.

Sergeant J. Brown showed me a cross he’d made for Williams’s grave at Polygon Wood. I saw the cross ready to be fixed on the grave. Sergeant-Major Weston could furnish particulars.

Corporal Williams of A Coy 7th Brigade, 25th Battalion, 2nd Division was killed going across on the stunt of 20th Sept 1917, by a piece of shell about 50 yards from the jump-off tape before reaching Westhoek Ridge. He was straight in front of the ridge. I saw his body. A couple of mates buried him in the shell hole where he fell. They told me they’d buried him, but I can’t think of their names.

Some witnesses were themselves injured that day and had become Casualties. I hated the word. As if they were no more than lifeless mounds in a hospital bed.

I knew Casualty. He was a man about 5 ft 8 ins medium complexion, about 28 years of age. Known as Arthur. Casualty was advancing on the left of Polygon Wood. I was in the same advance and was 20 yards from Casualty when an H.E. shell exploded near him, a large piece passing through his box respirator and entering his chest. I saw Casualty lying in a shell hole the same night after the advance. He was buried next morning where he was lying.

The one report Ma clung to said:

He was killed at Polygon Wood, buried almost where he fell. I was present at burial. He was killed just as we were hopping over. A cross was erected with his name and particulars. I knew him well in the company, and I think his initials were A. J.

We heard later the battle marked a change in British tactics, a ‘bite and hold’ strategy, meaning they’d use the Germans’ defence plans against them. There’d be a heavy bombardment then our troops would penetrate 1500 yards or so into enemy lines and stop. The Germans would expect to find exhausted men but would instead face strong opposition. After a five-day bombardment, two Australian Divisions advanced at 5.40am on 20th September, in the centre of an attack by eleven British Divisions along Westhoek Ridge facing Glencorse Wood. It was a great success, apparently, at a price. Two Australian Divisions, with 5,000 men, killed or wounded, one of them, Arthur.

Pa suffered a mild stroke when he heard, leaving him weak down one side and three years later, a severe stroke killed him outright. Harsh as it sounds, it may have been for the best, since Ma was in no fit state to nurse a bed-ridden husband, she was cocooned in her grief.

Later, when the Armistice was signed, Ma was asked to appear at Victoria Barracks to sign for Arthur’s Memorial Plaque and Victory Medal:

I hereby acknowledge having received Memorial Plaque No. 4890

Received from Officer i/c Base Records, Army Headquarters, one Victory Medal in connection with the late Corporal A. J. Williams

By then, she was living with us, and my older brothers were running the farm, but she still wanted to know where Arthur was buried. What had happened to his grave with the wooden cross? Why wouldn’t the Army tell her? Five years later, she wrote again:

Officer in Charge, Base Records

Could you tell me if my son’s grave has been discovered? Corporal Arthur James Williams No. 4890, 25th Batt., killed at Polygon Wood on 20th Sept. 1917. I wish to know before sending a personal inscription for the headstone. I understand he was buried by his comrades and the Rising Sun put over him.

Hoping for a reply.

By now the Army had switched to peace mode with more pressing concerns than personal requests. Besides, the Commonwealth War Graves Commission dealt with all those unpleasant tasks, and the Army expected civilians to move on. Surely this woman realised what had happened? The poor bugger was hit by a shell, killed, and buried the next day in a shell hole. Days later, that same hole was blown to smithereens. What could be left of him? ‘Died on the Menin Road’ was the closest they could get, geographically. Ma had become a nuisance like so many wives and mothers with nowhere to mourn.

I have to acknowledge receipt of your communication of the 20th Feb. relative to your son, the late No 4890 Corporal A. J. Williams, 25th Battalion.

In reply, I have to inform you that although this soldier’s unit card shows that he was buried at Polygon Wood and a cross erected, no advice of his grave has been received, so it is assumed his grave has not been discovered by Graves Services.

Ma died in 1937, not of a broken heart, but anxiety and stress hadn’t helped her heart condition. Even in her last week, she grabbed my arm, saying, ‘I wish they could have found him.’

So after she’d gone, I felt I owed it to her and wrote one more time to the Red Cross.

In a recent copy of The Argus, I read of the work being done on Soldiers’ graves at Polygon Wood. My brother, Corporal Arthur James Williams fell and was buried at Polygon Wood on 20th September 1917, and his Unit Card shows: Buried in a shell hole, Polygon Wood, cross erected.

I would very much like to obtain a photograph of his grave if possible.

Trusting you can help me.

It was no longer Army nor Red Cross’ concern, and they replied:

I have to inform you with regret, despite searching enquiry and investigation, the Imperial War Graves Commission have not been successful in locating this soldier’s grave. In common with his comrades who fell in Belgium and have no known graves, his name has been commemorated on the Memorial to the Missing, Menin Gate, Ypres.

I felt sad for Ma as I watched my sons grow and could sense something of her aching loss, especially when we were facing a situation in Europe that could blow up like the last, and we’d end up in another war. My only consolation was she’d never know that Stan, her youngest, had enlisted. With Arthur being his idol, he’d been itching to join up ever since he was little. In her final years, Ma would refer to Stan as her “baby”. So it was lucky she died before the night when we sat around the radio listening to Prime Minister Menzies say: ‘It is my melancholy duty to inform you officially, that in consequence of a persistence by Germany, in her invasion of Poland, Great Britain has declared war upon her and that, as a result, Australia is also at war.’

I turned it off and sat in silence, looking at my boys. They were safe, for now, too young at 16 and 17, but Stan, who was on leave and staying with us, shouted, ‘Right, I’ll be off soon!’ and there was nothing I could say.

He’s not like Arthur, he’s taller, broader shouldered, a bigger build altogether. Not that it’s any guarantee once the shells start landing, but I found myself praying he’d come back safe, just as Ma must have done with Arthur. Then I caught my boys gazing at Stan with shining eyes, and I thanked God Ma wasn’t there to see them. 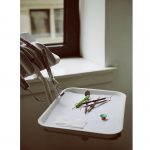 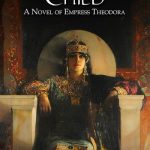