Sienna woke to loud bangs and sirens blaring. Confused, she sat up and peeked outside the window. The town was ablaze, fire scorching everything it touched. Sienna’s mother flew into her room, screaming. ‘We must leave now!’ she said. ‘We’ll die if we don’t.’

Sienna’s eyes trailed back to the window, but before she could catch another glimpse, her mother yanked her from her bed and they tumbled down the stairs.

They ran into the street, the heat unbearable. The fire that engulfed the town now had its eyes on the people that flooded into the streets. Nothing and no one was safe.

Men in military uniforms watched them, getting pleasure out of their discomfort. They laughed and conversed with each other while other men barked orders in a foreign language.

Sienna’s feet throbbed, the harsh cobblestones cutting them. Her mother never let go of her wrist, only tightening when she felt Sienna falling behind. All Sienna wanted to do was go home.

People around her tripped and stumbled. Others tried to help them, but the military men shoved them forward, yelling in their faces. Sienna looked at her mother’s hand holding her wrist, a red ring had begun to appear. Would her mother abandon her? Would she abandon her mother?

Moving on, the cobblestone turned to dirt. Sienna winced as she felt something lodge into her foot, but there was no time to check. She didn’t want to be separated from her mother, nor did she want to die.

The crackling from the fire could be heard behind them, embers flew in the air around them. Many who looked back at the town were shouted at. Sienna’s eyes flickered from face to face in an attempt to comfort herself with familiarity, but everyone looked so different with fear creased into their brows.

As Sienna moved forward, she heard a whistle in the distance. Were they safe? Could they finally rest?

Her mother pulled Sienna closer. Before Sienna could ask questions, her mother put a finger on her lips, shaking her head. Her mother’s eyes frightened her. Never before had she seen such fear and worry.

Finally getting close enough, Sienna saw the trucks. The line seemed to go on forever. As they got closer, the military pushed them into lines. One man yelled back at them but was shot. Gasps and cries washed through the crowd before they fell silent. They knew it was a warning.

Sienna’s stomach churned as she passed the dead man, his blood pooling around him, the smell making her gag. Pushing forward, they boarded into the back of a truck.

‘Don’t look back,’ her mother said, her hand still on Sienna’s wrist.

And as she looked back at her mother’s face, she realised that life would never be the same. 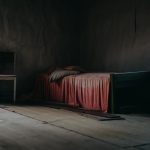 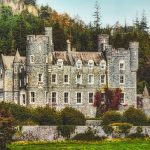