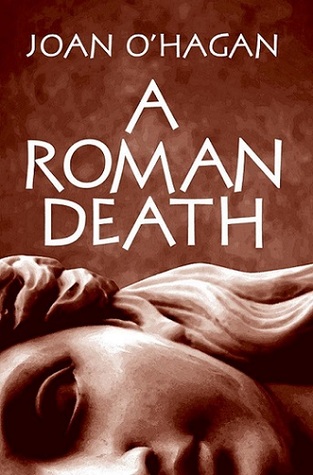 “[…] ‘Our daughters are still children when they marry. Have you ever considered that?’

‘Fufa is overjoyed to marry. Every girl thinks only of marriage. It is natural. What else is there?’

A Roman Death by Joan O’Hagan is the late Australian author’s 1988 novel (now available in second edition). The story is set in ancient Rome around 45 BC. We are introduced to Helvia, wife of the respected, wealthy and well-liked Quintus Fufidius. The story begins when Helvia is troubled by the news that her daughter, Fufidia, might be in trouble or running wild and unsupervised. Helvia’s hopes for her daughter, of a long-planned betrothal to an appropriate suitor, are now at risk when 14-year-old Fufidia meets the charming Lucius Scaurus. But Lucius Scaurus may not be what he seems and, sadly for Lucius, his days in Rome are numbered.

Everyone is a suspect in this murder mystery that takes place against the backdrop of the age of Julius Caesar, Marcus Antonius and perilous political intrigue. Each character has a motive and no one is squeaky clean. In fact, all of the characters are so delightfully flawed and self-indulged that you suspect every one of them. Still, the characters are so expertly portrayed that it is impossible not to have at least a little sympathy for each of the suspects. I changed my mind a few times regarding who I though the culprit was throughout the course of reading this exciting, fast-paced and engrossing book.

The story is narrated from an immersing and engaging third-person perspective. With smart and effective dialogue, the novel portrays tantalising glimpses from a time of goddesses, slaves, superstitions, sacrifices and brutalities. O’Hagan presents the reader with just the right amount of characters and writes in a voice that is universal and addictive in its appeal.

A Roman Death presents the refreshing perspective of many female characters: imperfect, strong and even damaged, while trying to do their best in a time when women were expected to marry young, produce offspring, and overlook their husbands’ indiscretions. In the meantime, it was a life in which slavery was normalised and violence was common. The divide between the rich and the poor, and the free and the possessed was vast, confronting and all too prevalent. This story has stood the test of time. In its first edition, in 1988, it would have stood out as crisp, fresh and appealing in contrast to some of the other historical literature being produced around the same time. In 2020, O’Hagan’s novel remains distinctly different and broadly fascinating to anyone interested in crime, family sagas or historical fiction.

“[…] The walls had been decorated with great artistry and those of the triclinium gleamed with green plants, burgeoning fruit trees and a country landscape shimmering into the distance beneath a blue sky. Bright figures from myth sprang from artful panels […] painted columns and cornice, stuccoed architrave and portal offered a richly coloured stage-set. It would be against this little masterpiece of trompe-l’oeil that Helvia’s actors would perform.” 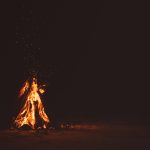 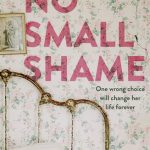 Next Story:
Book Review: No Small Shame by Christine Bell