around the fleshy curves

of rocks and boulders.

Against an indigo dusk,

rises between the trees.

cool to the touch

honed to a glitter.

It sheds a milky light

on a marble mausoleum

I try to look at it

with the gaze of an emperor

who has lost his Peacock Throne

to the impermanence of memory.

In Shah Jahan’s room, I realise

there is no prison

which knows the evanescence

of love and life.

The Taj Mahal, the ‘Crown Palace,’ is one of the seven wonders of the world. It was built by the Mughal emperor, Shah Jahan, as a mausoleum for his queen, Mumtaz. Mumtaz is said to have asked her emperor if he would love her with the same ardour after her death, to which he had replied that he would make her memory immortal.Later, he was deposed by his son, Aurangzeb, who imprisoned him in a room from which he could watch the tomb across the Yamuna River till the end of his days. 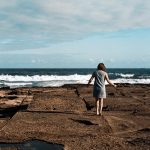 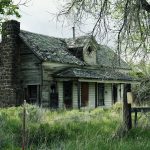 Next Story:
In Ashes