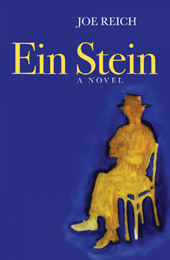 Ein Stein surprised the absolute shit out of me. As someone who hadn’t read a novel to completion in almost a decade. I was apprehensive that a book about real-world history, a topic I’m not too familiar with, wouldn’t be able to hold my attention for more than a few minutes. Boy, was I wrong. As I turned the pages on this tale through time, my worries quickly faded and were replaced with newfound fascination. Fascination for the preservation of history and the unique perspectives it grants us.

The fiction novel Ein Stein spans over two generations. We follow Ian Gross in modern times who’s part in the novel acts as the catalyst for the telling of Yaakov Stein’s story, a Polish-born Jewish man whose tale of survival during WWII is not what it seems. As the events of the book unfold, Yaakov’s truth is gradually revealed to us. The result is a story that’s both wildly entertaining and surprisingly educational. All the necessary ingredients of what makes an exciting read are found in Ein Stein. It is a complex love story, a mystery that unravels at a steady pace and characters that, despite their flaws, are written such that their motivations and desires are clearly understood.

Where Ein Stein shines brightest, though, is in its thoroughly researched and detailed world. From the inner workings of 1940s camera technology to the exact procedures undertaken by the Gestapo within Nazi Germany. Ein Stein manages to expertly tell the story it wants to while simultaneously staying true to our harsh world’s past. I commend author Joseph Reich on his ability to present the reader with a raw, unexaggerated depiction of historical events while also taking the reader on an exciting journey. It’s something that sadly isn’t seen too often in fictional period pieces, and I’m glad Ein Stein is an exception to the rule. 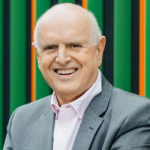 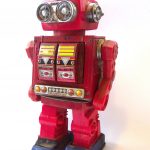 Next Story:
Transformers, The Haiku