Gestapo’s Most Wanted: How Nancy Wake became one of WWII’s greatest weapons against the Nazi regime. 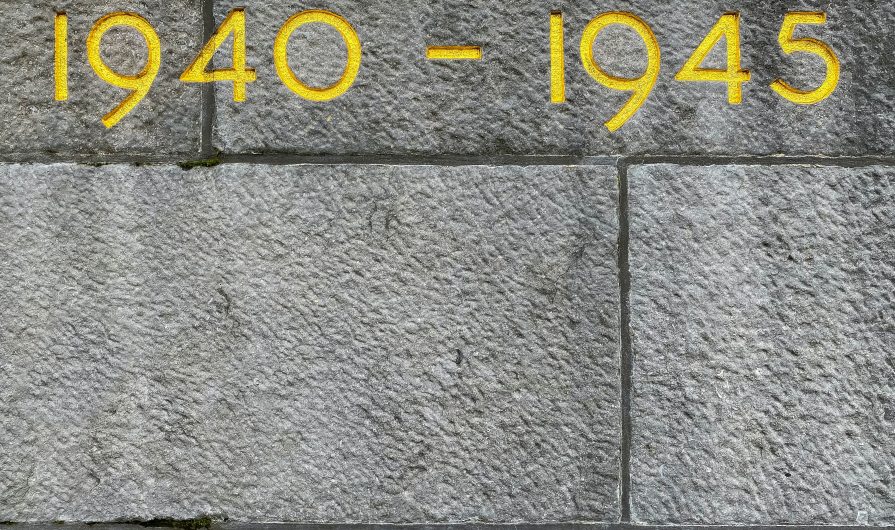 Sitting comfortably in the corner of the American Bar of the Stafford Hotel in London is a small, unassuming chair with a powder blue pillow. Throughout the 2000s, this seat was always occupied by Nancy Grace Augusta Wake, a seemingly harmless yet fiery Australian woman in her 90s. To strangers, she was an outspoken and unique woman who would often shock others with her brutal honesty. But to those who knew her and her extraordinary story, Nancy Wake was a formidable Australian legend and the most decorated woman of World War II.

Nancy Wake was born in Wellington, New Zealand in 1912, but moved to Sydney when she was only a year and a half old, where she was raised by her mother. Nancy’s inherent rebellious nature was obvious from an early age, as she ran away from home twice as a teenager (Obituary: Nancy Wake 2011). When she was 20 years old she received a large sum of money from her aunt which enabled her to travel the world, visiting New York and Vancouver before settling down in London in 1932. There, she began a career as a journalist, which required her to travel to Europe to investigate the anti-Semitic crimes committed by German Nazis. The young journalist soon found herself in Vienna, Austria, where she witnessed violent and inhumane acts that changed the course of her life. Due to these events, Nancy decided on that fateful day, ‘that if ever [she] got the chance, [she] would do everything in [her] power to hurt them, to damage the Nazis and everything they stood for’ (FitzSimons 2001, pg. 62).

It was during her early exposure to the horrific happenings of World War II that Nancy met wealthy French industrialist, Henri Fiocca, and the two were soon wed in 1939. Six months later, they were married and living in France when Germany invaded, causing the couple to quickly join the French Resistance. Following France’s surrender in 1940, the couple demonstrated tremendous bravery as they assisted ‘the escape of Allied servicemen and Jewish refugees from France into neutral Spain’ (Australian War Memorial c. 2021). Utilising her status as the wife of a wealthy and powerful man, Wake was able to travel freely and execute her dangerous plans with little interference from others. She assisted roughly 2,000 refugees over two and a half years (Curran 2021) and became ‘a crucial part of the southern escape into Spain’ (Obituary: Nancy Wake 2011). Due to her constant and determined efforts, Wake quickly became hunted by the Gestapo, the Nazi’s official secret police. They nicknamed her ‘The White Mouse’ for her ability to elude capture, and she ultimately became ‘the Gestapo’s most wanted, with a five million Franc bounty on her head’ (Curran 2021).

The Germans’ unrelenting pursuit forced Nancy to flee France, leaving her husband behind. Consequently, in 1943, Henri was captured, tortured, and executed for refusing to disclose Wake’s whereabouts. Sadly, the news of his passing would not reach Nancy until the Germans were defeated and the war ended (Keith 2013, p. 41). Despite the constant threat of discovery by Nazi soldiers, Nancy’s retreat from France only advanced her covert operations and determination to undermine Hitler’s regime.

In June 1943, Nancy travelled to England and Scotland to begin training with the French Section of the British Special Operations Executive or SOE (Australian War Memorial c. 2021). Wake received extensive and intense training that included ‘weaponry, the art of the silent kill and identifying German planes, soldier ranks and language’ (Curran 2021). After successfully completing her training, Captain Wake, as she was now known, parachuted back into France to work with local resistance fighters, known as the Maquis, to ‘cause as much disruption as possible before D-day’. Captain Wake was quick to start the operation by ambushing German patrols and causing explosions at local Gestapo headquarters (Obituary: Nancy Wake 2011). In addition to her impressive skill set as a soldier and agent of the SOE, there was one advantage Nancy had that she never needed to be taught: she was a woman.

Captain Wake once highlighted the power of her gender during the war, saying ‘a woman could get out of a lot more trouble than a man could,’ and advocating for the involvement of women in the war, arguing: ‘I don’t see why we women should just wave our men a proud goodbye and then knit them balaclavas’ (Curran 2021). It was Wake’s recognition and use of her femininity—combined with her knowledge that she was as capable as any man—that made Nancy Wake a force to be reckoned with during World War II. As her lifelong friend Henri Tardivat describes, ‘Nancy is the most feminine woman I know; until the fighting starts. Then, she is like five men’ (Escott 2010, p.189). Nancy lived with the duality of her identity as a woman and a soldier throughout the war, and it was reported that ‘silk stocking and Elizabeth Arden face cream were often dropped for her by parachute, along with Sten guns, radios and grenades’(Obituary: Nancy Wake 2011). Wake never allowed the social prejudices and perception of women at the time to hinder her abilities, rather she used these tools to advance her operations.

Captain Wake utilised her gender and physical appearance to deceive German soldiers during what she modestly described as ‘that bike ride of mine’ (Nancy Wake 2011). In 1944, 7,000 Maquis fighters were confronted by over 20,000 Germans soldiers (Curran 2021) and it seemed the French soldier’s fates were sealed. When the communication lines between Captain Wake and England were destroyed (due to fear of the revelation of resistance activities) Nancy volunteered to rectify the situation herself.

In an astounding effort, Nancy Wake cycled 500 kilometres in under 72 hours to communicate with England (Curran 2021). During this journey, Nancy was confronted by a German barricade, where she employed her femininity and power to evade suspicion and deceive the guards. She recalled the event, illustrating that she ‘would just look over to the officer, flutter [her] eyelashes and say, “do you want to search moi [the French word for ‘me’]?”, and they would laugh flirtatiously, ‘No Mademoiselle, you carry on’ (Keith 2013, p. 43). Nancy’s successful trek enabled her to effectively establish communication lines between the English forces and the French Resistance, which ultimately helped to weaken the German control of France (Vitello 2011). Nancy Wake’s awareness of the social prejudices and the underestimation of women at the time allowed her to escape suspicion and continue fighting for the Resistance.

In 1944, France was liberated and months later, the war was over. Immediately following Germany’s defeat, Captain Nancy Wake was recognised for her outstanding efforts by England, France, and the United States of America. She received the George Medal, the French Croix de Guerre and Medaille de la Resistance, the Légion d’Honneur (Legion of Honour) and the US Medal for Freedom. In 2004, she was finally recognized by Australia, by being appointed a Companion of the Order of Australia (Willsher 2011).

Following her impressive career in World War II, Nancy came home to Australia in 1949. Unsatisfied with living a mundane life after her experiences, she ran for the Liberal Party three times, yet was unsuccessful. Subsequently, she moved back to England, and married RAF Officer John Forward in 1957. The couple moved to Australia in 1959, where they lived until his death in 1997 (Australian War Memorial c. 2021). In 2001, Nancy returned to England where she would remain until her death on August 7th, 2011 (Obituary: Nancy Wake 2011).

There will always be a place for Nancy’s story in history, just as there is a space reserved for her at the Stafford Hotel. Although it has been ten years since her passing, Nancy’s legacy is still very much alive. Nancy Wake remains one of Australia’s greatest heroes as a saviour of thousands, and whose resilience and tenacity will continue to inspire for many years to come. 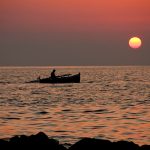 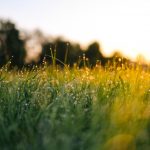 Next Story:
Absence by Jahin Tanvir