This is Halloween: A Brief History 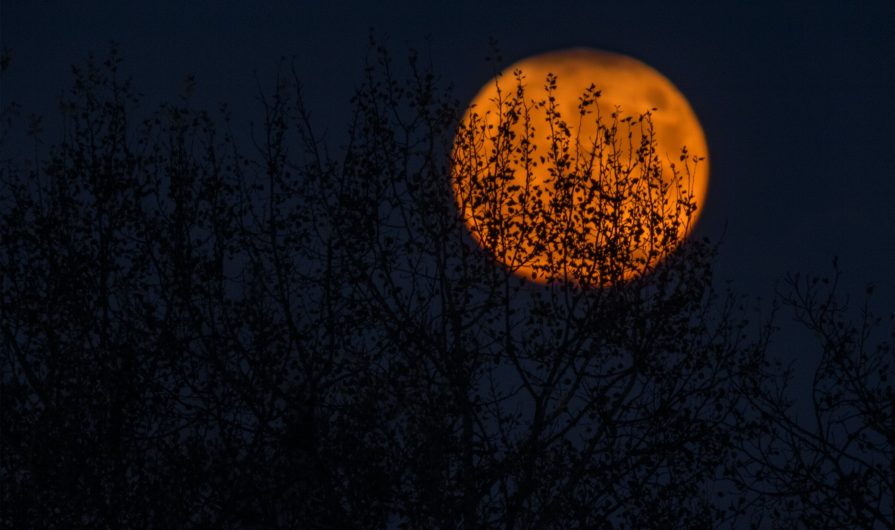 It is perhaps fitting that so few people are familiar with the origins of Halloween; it is almost as if the day itself has truly ghostly origins. This essay, however, aims to explore the more tangible history surrounding the holiday while dispelling a few myths.

One particular myth boasts a stubborn longevity; the idea that Halloween comes from a pagan celebration honouring a deity of death known as Samhain (Sow-in) or Balsab. This fiction, first published in the late 1700s, has affected the lens through which Halloween is viewed and presented, even today. Charles Vallancey was an Englishman travelling in Ireland and an enthusiastic (if amateur) linguist who published this etymology for the Irish word ‘Samhain’ in 1786. Though there is no evidence to support his research, and indeed no earlier mention of Balsab at all, the idea of Samhain as the pagan deity of death has stuck. Even in 1993, religious newsletters cautioned Americans against celebrating the holiday, citing human sacrifices as its point of origin (Morton, 2012).

While it is true that Samhain was a Celtic holiday it had nothing to do with human sacrifices as Vallancey had claimed. Samhain is an Old Irish word that takes its etymology from two Old Irish words: sam meaning summer and fuin meaning end (Harper, 2021). In the pagan calendar, the year ends on 31st of October and the new one commences on the 1st of November. Bonfires played a large role in these celebrations and may have introduced the iconography still associated with Halloween today, bats. As nocturnal creatures, bats did not have many encounters with humans in the time before electricity; however, they were drawn to these bonfires by the presence of insects. More importantly, these celebrations marked the world entering the darker half of the year and were a time for regeneration and personal growth. Traditionally, one spent this time reflecting on the darkness of the upcoming winter as a natural and physical representation of inner darkness, as well as considering how they wished to face it (Butler, 2009). Yes, it was a time to reflect on the dead, and yes there was a motif, to some degree, that the divide between our world and the spiritual world was thinner. They believed spirits could wander about, but also that people could disappear into the spirit world.

Across the sea, Christianity had gained an incredible and seemingly ever-increasing influence throughout Europe. It was able to attach itself to new cultures and achieve longevity through a process called syncretism. Pagan narratives were rewritten to suit the new agenda and their deities were recast as saints, demons or prophets. ‘Indeed, all of the West’s major holidays come from some form of grafting: Christmas was adapted from the Roman Saturnalia [sic], Easter from a spring equinox festival.’ (Bender, 2020). At this time in Rome, the Christians focused their attention on a holiday called Lemuria. Lemuria was a Maytime holiday, where people would pour milk over graves and leave small cakes to placate restless spirits. In 1609 the church rebranded the holiday, turning the 13th of May into All Saints’ Day. The move was so successful that they eventually attempted to use this holiday again to Christianise Samhain and strengthen their ties to Ireland. They moved the date from the 13th of May to the 1st of November and renamed the holiday All Hallows’ Day. Since All Hallows’ Day was the 1st of November, the night before, the 31st of October was renamed All Hallows’ Evening. Over time, this morphed into All Hallows’ Even, and later into Halloween.

Going one step further, the church named the 2nd of November All Souls’ Day, celebrating the lives of all departed Christians. What they did not know at the time was that they had just established the holiday’s connection to death once more. All Souls’ Day was a day to pray for the souls trapped in Christian purgatory, the idea being that once enough prayers had been made for the individual, they would leave purgatory and enter heaven. This medieval philosophy gave way to the tradition of trick-or-treating, though it was known then as souling. Souling took place on the night of the 1st of November rather than the 31st of October as it does today. Children would knock on doors to ask for soul cakes (small spiced cake with raisins), and in exchange, they would pray for the souls of the family of the homeowner (Morton, 2012).

Across the pond, the Spanish had been in Mesoamerica since the 1500s and through years of contact some of their Catholic traditions began to merge with those of the Aztecs, Mayans and other pre-Columbian cultures (Medina, 2016). The result of this was the creation of el Día de los Muertos (Day of the Dead), which took imagery from both cultures (Guerra and Herrera, 2009). These early influences still play a huge role in how the day is celebrated today; bright colours, paper skeletons, foods such as  pan de muertos (a sweet bread), sugar skulls, and La Catrina makeup are all motifs of the occasion (Medina, 2016). It is even believed that the leaving of offerings for the dead on this day has its roots in the European practice of souling (Brandes,1998).

‘Both Halloween and the Day of the Dead have often been presented as the parallel descendants of ancient Autumnal [sic] festivals’ (Bender, 2020), yet these two celebrations have very unique identities. In Mexico, there was some fear that el Día de los Muertos would be eclipsed by the North American version of Halloween. In 1996 several Mexican states prohibited the celebration of Halloween on the grounds that it was a threat to their own time-honoured holiday (Bender, 2020). Thankfully, this has not been the case and there are festivals held in US cities celebrating el Día de los Muertos (Guerra and Herrera, 2009) as well as supermarkets stocking marigolds, a traditional flower of the holiday (a tradition brought over by Spanish invaders), next to pumpkins (Bender, 2020).

Back in England, the holidays of All Hallows’ Day and All Souls’ Day were being overshadowed by the British celebration of Bonfire Night (Guy Fawkes Night), which took place on the 5st of November. It was first celebrated in 1606, marking one year since the failed regicide attempt led by Fawkes. The plan had been to blow up the House of Parliament while parliament was in session, killing JamesⅠ. However, Fawkes and his men were discovered, arrested and executed. Every year since, the anniversary has been marked with the lighting of bonfires and the burning of Guy Fawkes in effigy. For a time, when Parliament banned all other celebrations in 1647, Bonfire Night was the only celebration allowed in the first week of November; the intent being to rid the land of Catholic and pagan ideals and leave only Protestantism. Owing to their proximity on the calendar, All Hallows Day, All Souls Day and Bonfire Night had all begun borrowing traditions form one another, so very little was lost (Morton, 2012).

Halloween made it to the US through the Scots, Welsh and Irish arriving in America, though not without conflict. The Puritans regarded anything that connoted the supernatural as a threat. As the Irish spread across the US, so too did the celebration of Halloween. However, the US only truly became entranced by the imagery of death after the American Civil War (1861–1865). With countless dead left unclaimed and strewn about the country, there was a sense that loved ones could return, and that those presumed dead might merely be missing, having wandered from our world into the spirit realm.

Though Halloween, and the holidays historically connected with it, had long been associated with pranks, mayhem and drunkenness, these things were elevated to a whole new (and strange) level in the US of the early twentieth century. Halloween in some rural towns became known as Gate Night as it was tradition for young boys to disassemble or remove gates. All of the gates removed from private properties were then gathered somewhere in the centre of town (Morton, 2012). As time went on, this escalated to more aggressive forms of vandalism including arson, breaking windows and destroying cars. In 1900, medical students at the University of Michigan placed a real headless corpse outside their laboratory (Zimmerman, 2013). During the Great Depression (1929–1939), these acts were no longer regarded as seasonal pranks, but as crimes. Efforts were made by communities and youth organisations to occupy teenagers in other ways on Halloween by hosting parties, parades and games.

The earliest usage of the iconic phrase ‘trick or treat’ dates back to 1927 in Alberta,

Canada (Morton, 2012). People at the time were not keen on the tradition of

trick-or-treating, as they felt it too close to begging or even stealing (Kawash, 2011). Of course, they were also less thrilled with the idea of being tricked for failing to provide food for the children at the door, regarding their pranks as criminal and the children as ‘goons’. The tradition, once started, only grew in popularity until it became commonplace in the late 1940s and into the 1950s. As time wore on there were fewer tricks played, as treat giving became standard practice. During the second half of the twentieth century, Halloween really took the form it has today. Businesses began planning products or seasonal wrapping for their brands, hoping to cash in on “Halloween fever”. Adults too began finding ways to enjoy the holiday; horror movies started being released every October, and clubs began arranging promotions and events to celebrate

Of course, a holiday so steeped in mystery and horror has a dark side. For the more conservative in nature, Halloween can be a frightening time. In 1958, panic began to escalate as rumours started about treats being tampered with. Variations of this rumour crop up each year, revised to suit contemporary moral panics, thus, ‘stories of tainted sweets and apples embedded with razor blades abound’ (Bartholomew and Hassall, 2015). Yet these stories are about as real as your local ghost stories. Evidence suggests that, while crime rates do increase over Halloween, most of these crimes are generally related to vandalism, drunkenness, driving under the influence and other summary offences (Corso Law Group, 2015) (Fishman, 2017). It is also important to note that correlation does not necessarily mean causation and any increases are subject to change based on a number of factors such as location, weather and what day of the week the holiday falls on.

In 1992, a town in the US placed a ban on Halloween after an eleven-year-old, Shauna Howe, went missing on her way home from a Halloween party with her Girl Scout troop. Sadly, Shauna was later found dead (Sherman, 1992). While her killers were at large, the town of Oil City placed a ban on most Halloween activities and only allowed trick-or-treating in the afternoon, between the hours of 14:00 and 16:00. Though Shauna’s killers were convicted in 2006, these bylaws remained in place. It was not until 2008, when Elizabeth Roess (then ten years old) collected 175 signatures and presented her case to the city council (Hicks, 2016) (Siegel, 2008), that the bylaws were changed. Now, the town once again celebrates Halloween, though it does not forget the tragedy that occurred years prior.

The early twenty-first century has allowed Samhain a small renaissance, owing to modern pagan communities such as Wiccans. Common traditions for families, groups and individuals include going for walks in nature, building altars, performing ceremonies, meditating or reflecting, preparing special meals and having bonfires. There are even pagans in the Southern Hemisphere who carry on this tradition, though many choose to celebrate it in April rather than October to better suit the seasonal calendar. Some pagans (those who do not believe in reincarnation) choose to leave food out for the dead or attempt to communicate with lost ones, while others are content merely to reflect on life and death as the Celts did so long ago. (Cunningham, 2010).

Brandes, S. 1998, ‘The Day of the Dead, Halloween and the Quest for Mexican National Identity’ The Journal of American Folklore, vol 3 no 422.

Fishman, B. 2017, The Most Common Halloween-Related Crimes in Pennsylvania? 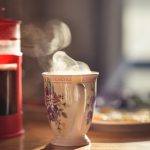 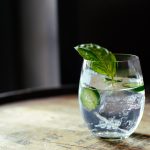