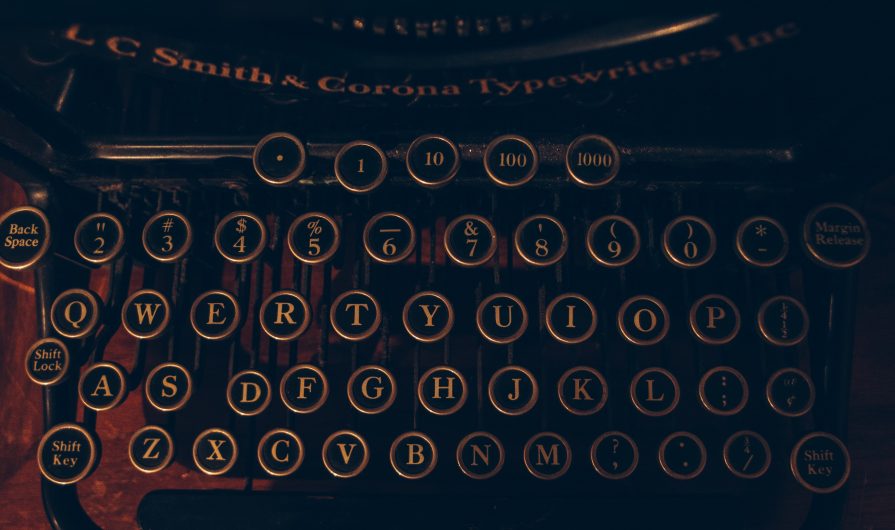 It was too late to stow the typewriter and the photographs away. I could hear Keith stomping on the veranda, fumbling to get his key in the door. The neighbours could probably hear him too.

‘Jesus, Jo,’ he huffed as soon as he was through the door.

‘I know, I know, I’m sorry. I’ll tidy it away.’ This did little to diminish his temper, as he swung his arms about, gesturing at all my work.

‘Can’t you find a normal hobby? Sewing or painting or something?’

We had this argument regularly enough that I had learnt not to correct his use of the word hobby, for something I hoped took so seriously. Last time I did that he threw a plate at me. So instead, I gave him my best doe-eyed expression.

‘You know I’m useless at that sort of thing.’ Thankfully, this worked, and he pulled me into a hug.

‘I suppose my wife’s too pretty a creature to need to know how to cook or decoupage.’

I nodded, eagerly as if I took his words as a compliment.

‘Although, you know, my mother is more than happy to teach you.’

‘It’s no bother at all. She would be delighted. Besides, I think it would be a more appropriate use of your time than all this nastiness, don’t you?’

The nastiness of which Keith spoke was my research. Before we married, I had worked as a librarian and came across a book on local history. I flicked through it, while stacking the shelves when something caught my eye, the words BASTARDLY ANNE in big, bold lettering. Honestly, it shocked me a little. People didn’t use that sort of language when discussing women.

BASTARDLY ANNE, also known as the Crimson Widow and Milady Malady was first reported to have been sighted in Beechworth in 1873, when local business owner Thomas Eyre died. On 17th January 1873 at the reading of Mr Eyre’s will, a woman stepped forth claiming to be his widow. However, all accounts by those who knew Eyre described the man as a lifelong bachelor. Despite the protestations of many in attendance ‘Mrs Anne Eyre’s’ paperwork was all in order and she was awarded an undisclosed (yet presumably generous) sum. This incident alone is most peculiar, yet it only grows more curious when a woman of a similar description turned up in Glenrowan later the same year,     by the name of ‘Mrs Mary Sullivan’ and next year in Wodonga by the name of ‘Mrs Belle Jaggers’. All of these women turned up at will readings or wakes and introduced themselves as  the widow of men who had hitherto been considered bachelors or widowers themselves. Stranger still, is the manner in which these gentlemen passed. William Sullivan and Howard Sebastian were both found in their beds with their throats cut. The primary suspect in both cases was Bastardly Anne.

Beside the passage was a photograph, the only known photograph of Bastardly Anne,  according to the book. In my own research I had found one other, although according to the inscription her name was Irene Bradley. I had to wonder if that was her real name or perhaps another nom de guerre.

But reading that short piece had set up a feverish obsession for me. I don’t know what it was about Anne’s story, but I couldn’t let it go. When Keith and I married, he asked me to leave the library—it made sense to do it straight away rather than waiting until we had children, but when no children came, I found myself spending more and more time looking for Anne.

It had taken months of searching through every letter in the library archives, but I had found something in a series of letters between a solicitor, one James Thompson, to his wife. He mentioned the incident fleetingly, despite in the same letter dedicating an entire paragraph to a terrible roast beef dinner he had eaten the night before.

…it was the most extraordinary thing. I was all set to write to Mr Lloyd’s nephew and inform him of what I deemed to be his inheritance (Lloyd, as you will recall, my dear,  had no son of his own) when a card was handed to me. I was told that Mrs Eliza Lloyd wished to meet me. I knew of course that old Lloyd had once been married to Nancy before we ever met him, and naturally, we know their dear Hattie but no one had mentioned Lloyd having remarried.

It had to be her, didn’t it? It was the first lead I had found in months and Keith had come home before I could find out if there was anything more. He was in the kitchen now, rummaging  through the fridge for a bottle.

‘What’s for dinner?’ he called.

In all my excitement, I had quite forgotten to sort anything. ‘I was thinking that Chinese place you like so much.’

He slammed the fridge door so hard I flinched. I started shaking as his boots moved from the kitchen into the lounge. He was in no rush, he just kept moving closer.

‘I work fucking hard to keep a roof over your head and when I get that cheque, don’t I give you the money to take care of things like dinner?’

I nodded again, no longer trusting myself to speak.

‘So don’t you think it would be a touching gesture if you used that fucking money on what it’s meant for?’

I thought he was going to hit me, but instead he wrapped his fingers around my neck. I had never fought back before, but before I had time to think about it, my foot made hard contact with his shin.

‘Bitch,’ he roared, and this time he did take a swing.

It wasn’t the first time it had happened, but usually it was one swing which was followed by an apology. What happened next was a mess of limbs, noise, and pain. There was no eloquence to his punches, no planning, just clumsy blind range. Usually I could bear it in silence, but something changed when he threw my typewriter across the room. All this time I had endured him hitting me or throwing things at me, but when I heard the typewriter smash, I made up my mind. Maybe it was backward thinking, but the typewriter had always been my means of escape, and I knew I couldn’t stay in the house without it.

After he stomped out of the house (likely to get the Chinese dinner after all) I scrambled to my feet. I had little time to enact my plan. I grabbed a scrap of paper from my desk and a pen, before phoning for the train times. I then shoved as many clothes and sundries as I could fit into my old work bag along with the train schedule. Where the sudden burst of courage came from, I’ll never know. I felt so completely unlike myself, yet I had never felt so sure of my intention.

The entire walk to the station I kept looking over my shoulder. I didn’t really think he would be anywhere near this part of town, but he would have been beyond furious.

Needless to say, I breathed a sigh of relief when the train pulled away from the station. And breathing only grew easier the further north and away from the city we travelled.

It was a long journey, so I tried to get an hour or so of sleep. I had no idea where I would find a bed for the next leg of the journey. I woke shortly before my intended stop—Beechworth, and once I was off the train, I was fortunate enough to run into a station master who gave me directions for a nearby B&B.

It wasn’t the nicest establishment, but it would do for a woman on a budget. The young girl behind the desk looked bored as she passed over a pen for me to sign the guest book. Just as well really, I wasn’t in the mood for polite questions about how long I would be staying in town,  or where I had travelled from.

She sighed, ‘Just leave it blank. My mum will want to settle it with you at dinner tonight, no doubt.’

I didn’t want to write Jo Sladen ever again, I hadn’t left Keith only to carry him with me wherever I went next. Granted, the first name wasn’t so much of an issue, but if I was going to stop writing my married name, I might as well go the whole hog. It only took a second to make up my mind and scrawl a name into the guest book.

The girl showed me upstairs and left me to get settled. It didn’t take long as I had so few personal belongings with me. If the weather stayed pleasant, I planned to walk into town and see what they had in terms of a library or museum. Since I was here, I might as well see if I could learn anything more about the real Mrs Anne Eyre. There were a few papers about the room, just local news that was hopelessly out of date. Still, if any of the papers mentioned a library or museum, it might have an address and save me some bother.

I took out the piece of paper where I had hastily written down my train time and began jotting down any potential sights I might see while in Beechworth, or anywhere I might go afterwards. Eventually, I turned the paper over. I knew it was scrap, but I hadn’t any idea what was on the other side when I had grabbed it last night.

My dear, I must urge you not to write me again unless there is a problem. But as far as I can tell, there should be no problem unless your cousin should contest the will. Doing so will be difficult for him, as he will find no Eliza Lloyd to quarrel with. The money should be yours to do with as you wish. Naturally, I have already subtracted my fee. The solicitor you mentioned was no problem, the poor fellow was confused by my appearance, but arranged matters splendidly.

If you should have need of my services again, I suggest you write to my dear friend and confidante (address enclosed) who always knows how to reach me.

Until such a time, Josephine Sladen 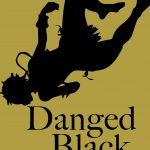 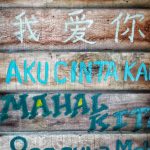 Next Story:
Our Lingua Franca