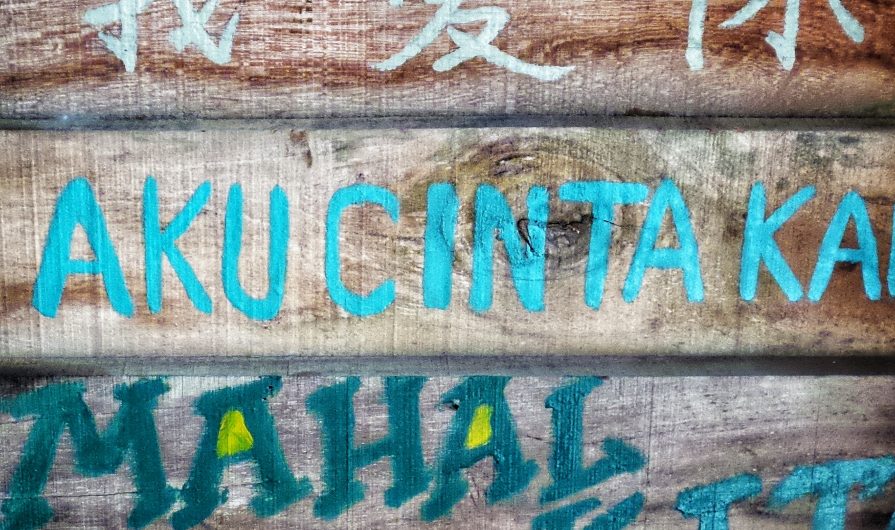 There are roughly 6500 languages in the world today. Despite being a third-generation immigrant, I am fluent in only one.

English is said to be one of the most difficult languages to master. Ironically, it is the most widely spoken. The world’s first global lingua franca – is a common language used between speakers from around the world. It connects individuals and facilitates the trading of goods, services, and stories.

My maternal grandmother, Maria Polgar, is the greatest storyteller I know. It’s not only the subject of her stories that grant her this title, but also the language in which she relays them – the accented English she learnt out of necessity to survive. When you understand how she acquired it, her voice has a unique edge.

Hungarian born, she left her home country behind at fourteen years of age. With her family, she fled to Austria in pursuit of refuge, escaping the growing hostility and brutal repression of the 1956 revolution. From Austria, they boarded buses and ships, eventually resettling in Australia along with 3000 other Hungarian refugees. Bonegilla Migrant Reception and Training Centre, located in Northeast Victoria, became her temporary home – a home in a country where the flies were plentiful and her newfound allies, the Aussies, spoke in twisted tongues.

Maria received a year of formal education before she left school and entered the workforce. While at school, she learnt English through repetition and imitation. The teacher would stand before the class and point towards words drawn on the blackboard in white chalk. ‘The boy jumped over the…’ she would repeat aloud, mimicking the teacher. I imagine a choir of voices in varying confidence and clarity echoed around the room: jaws opening and closing, their tongues slowly getting used to unfamiliar pronunciations.

Maria remembers how she would come home from school and immediately lay on the floor, propped up on her elbows, to practise her writing in the exercise books her father bought home. Page after page she would fill, copying the words from Victorian Readers and John and Betty books.  I can imagine her smiling, even when her wrist ached from the force with which she gripped the wooden pencil between her fingers. Line after line, she copied the words. Over time, her hand steadied and the letters neatened. Eventually, she committed the stories to memory. Even now, aged 76, she recites them with a fond smile.

When her school-based lessons ceased, she learnt through experience. A waitress, she conversed with patrons and fellow staff members. What felt and sounded foreign, soon became second nature. With increased fluency, she gained the ability to recognise when someone was pulling her leg, or funnelling her misinformation. Customers no longer spat their drinks out in laughter or sniggered when she informed them of the lunch specials. Condom salads were off the menu indefinitely—the kitchen staff were lucky she had such a good sense of humour. English was essential to her survival in a foreign country. It allowed her to work, earn a living, and form a connection with others.

Despite learning to converse with her Aussie counterparts, Maria sought the company of her fellow Hungarian migrants. She went on to wed a Hungarian man named Michael and they had three girls together. They spoke Hungarian in their social circles, in their home and to their children. Their eldest, Katalin, is my mother. History repeated itself when she attended her first day of primary school without knowing a lick of English. For a short period, she struggled to converse with her peers. She picked it up quickly though, through play and imitation, just as her mother had.

My mother’s written and verbal fluency was on par with her fellow pupils in no time. She was bilingual. While today’s society celebrates multilingual people, this sentiment was not always the case. Let us use my mother’s high school orientation as an example. As she sat in the hall of Presentation College Windsor, the nuns told everyone, but those who spoke a language other than English at home, to leave. Katalin remained seated as she watched most of her friends and classmates exit the room. Her back straightened in anticipation. Young and naïve, the remaining students thought they were about to be rewarded. Rather than being praised and told they were clever, they were penalised. The nuns informed the children they would be undertaking extra English classes. This hurtful school policy shunned those who were capable and labelled them as disadvantaged. They were different; therefore, they needed to be corrected.

Mum remembers spending countless hours listening to tapes and having to repeat what the scratchy recorded voice said. She hated it, thought it was well below her capabilities and a waste of her time and education. Treated as though she was fresh off a ship from a faraway land with no recollection of the English language, Mum was enraged. She was already reading novels by Trixie Beldon and V C Andrews’ Flowers in the Attic series. Why did the nuns at school insist she continues to endure the extra classes? She was already singing along to ABBA and the Bay City Rollers — she understood the lyrics and sung them just as tone-deaf as her friends. She learnt more by watching television than being forced to listen to those mind-numbing recordings. Having been ostracised for being different, my mother never wanted her children to experience the same.

When my older siblings and I started to babble, as babies do, Mum began to teach us a few Hungarian words. As we got older, we would mix a Hungarian word in with our English conversations now and again. Mum found it endearing. However, when we came running up to our kindergarten teachers with snot dripping from our nose and tears clouding our vision complaining of a bibi (Hungarian baby talk for sore), realisation hit. Not everyone talked as we did.

Mum didn’t make a conscious decision to discontinue teaching us Hungarian. Having married an English-speaking man, it was a result of circumstance. You see, with no one to converse in Hungarian with, she couldn’t model conversation around us – we lacked the immersion both she and Nan experienced. Nowadays, whenever Mum talks to my grandparents in Hungarian, I can somewhat decipher the subject of their conversations.

In primary school, I learnt to count to ten and introduce myself in Indonesian. In seventh grade, I elected to learn Japanese. I enjoyed learning to write hiragana and came up with creative ways to remember which sound corresponded with each letter. However, by year nine my interest in learning a language other than English had dwindled. Struggling to wrap my head around algebra equations, I felt it counterintuitive to put my effort into learning another language when a core class needed my full attention. At the time I hadn’t given the decision much thought. It was a natural conclusion. One without personal consequence.

However, on reflection I understood the magnitude of my decision. I felt as though I had let my grandmother and my mother down when I compared my lack of bilingualism to theirs.

I had access to private education and yet I had thrown the opportunity to learn another language away. Not once, not twice, but three times. Had it not been for my grandmother and mother’s perseverance and dedication, quitting would not have been an option available to me. I had taken my place of privilege for granted. The realisation made me feel sick to the stomach. Maria had worked so hard. Her struggle paved the path for her children and grandchildren to walk and talk. What must she think of me? I felt as though I had disappointed her.

The thought ate away at me until one day, sitting on sun-bleached chairs in the backyard of her Caulfield home under the shade of the enormous pear tree, I asked her such.

‘Nan, I feel like I’ve disappointed you,’ I breathed out in a shaky breath. ‘I just—I feel like you achieved so much at my age.’ She looked at me with compassion and shrugged her shoulders.

‘I struggled so you wouldn’t have to,’ she said. One sentence, filled with so much meaning. Her reply dissolved the uncomfortable weight in my chest.

I wish I was bilingual. I wish that the circumstances that silenced my mother and hindered the passing down of language were not so. Most of all, I wish I had more ways to tell my Nan how proud I am to be her granddaughter. One day, I will join 43% of the world population that is bilingual. For now, I’ll have to make do with our lingua franca. 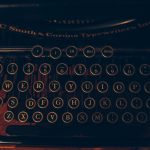 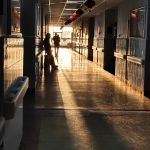 Next Story:
Dancing with Arthur