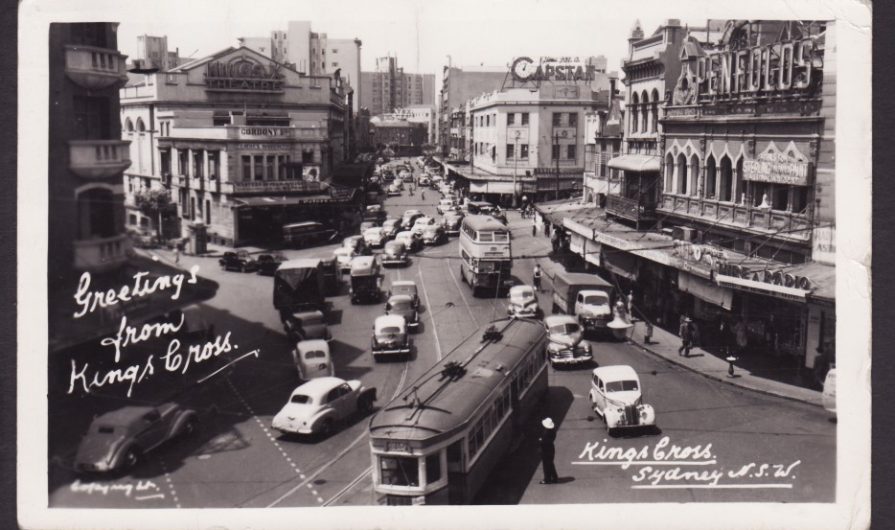 It was a fella at work gave Joe the name and an address in Kings Cross. ‘Ask for

Mick.’ Joe planned on something for their anniversary. He wasn’t good with dates;

never had been. He often forgot her birthday, Thelma had to remind him. This

being their tenth wedding anniversary, she’d been dropping hints for days.

heading up to the Cross. Not that he wasn’t wary of anything black market. He’d had

gin, and by then the bloke had scarpered with his dough. But Joe sensed this Mick

character was on the level, so it was worth a try and what with a War there wasn’t

much choice on his wages. He was after a bottle of gin and maybe some sweet sherry:

Most of his friends were in the army fighting overseas, but he’d been knocked

back. ‘Poor eyesight’ they told him, even though he said he was fine with glasses and

they said, ‘Yeah, but you got to be able to see to shoot straight. Besides what if they

break?’ At school he’d been called Bottles, for bottle glasses.

He knew others who’d been knocked back. One mate lost his leg as a sixteen

year old, running for a tram in Pitt Street. A car came up behind him and took it clean

off below the knee. He’d had a wooden leg ever since. Like a skinny wine barrel

strapped to the stump. But it hadn’t stopped him fronting up, boasting he could march

and swim with the best of them. Ride a bike too if he had to, but the sergeant shook

his head and said, ‘And who’ll piggy-back you out the jungle if you slip and break it?’

Now they both worked in the same place making airplane parts. Before the

War, the factory made fridges. Then the machines were converted and now you couldn’t

buy a fridge if you tried.

It wasn’t like the Blitz in London, but they still had air-raid sirens and

Sydney had its own brown out with all neon signs off, only soft pools of light falling

from street lights and otherwise everything else dark, supposed to keep the city safe

from the Japs – if they landed. No street signs for ten miles inland to make it

harder; assuming the buggers could read English. Buildings all had their blinds

scene from a movie where everything was both strange and familiar. Like people were

up to no good somehow. They went about their business still, hurrying wherever it

was they were headed. If you saw a couple busy in a doorway you might wonder,

but turn away out of politeness. Maybe the next day there’d be a used condom on

the ground as evidence. People lived for the moment and who could blame them?

Here today, gone tomorrow, was the by-word. Maybe for good.

Tram destination panels were blinkered either side, so you could only read

them if you stood in front, hoping to hell the driver saw you before he ran you down.

the right change every time. ‘Took a bit of getting used to,’ she said. ‘Pennies and

florins being the same size but florins is heavier.’

Trams could cause chaos. The government had to make do, patching and

re-patching with whatever parts they could get, but things went wrong. There was the

time the brakes on a Broadway tram failed and it screeched downhill, crashing into a

The tram reached Kings Cross and he got off at the Hotel, making his way down Victoria Street

looking for 145. It was a terrace like those either side but less grand. More ‘lived in’, run

down. He pressed the button, there was no answer at first but then a voice said, ‘Yes?’

‘I’m told he could have a package for me,’ remembering what he’d been told to say.

way up the dark staircase, a single globe hanging from the ceiling that was all

between him and tripping. Mick stood in the doorway of a room with a bed, armchair

and a table, triangular basin squeezed into one corner and an old dresser, paint peeling

in layers of white and green.

‘I was thinking gin, and a bottle of sweet sherry maybe?’

‘I can’t promise anything. It’ll be whatever I can get. And it’ll cost you.’

‘I don’t mind, within reason. See what you can do. It’s for the missus, our

‘I don’t have anything here. Come back in an hour. And you can’t wait here.’

‘Get yourself a coffee at the Hasty Tasty. Up the top of the road.’

The door shut behind him and he made his way downstairs, hand firm on the

bannisters. Since it was Friday, the streets were already busy with people. Men in uniform. Some women too. Others flashily dressed, ready to party.

Kings Cross was no theatre of war, but it carried its own sense of danger. Most of the toffs had fled their fancy apartments for the Blue Mountains leaving those who’d moved in

at bargain rates, ready to party.

the Hasty Tasty. Slipping into an empty booth, he reminded himself the coffee would

be essence, chicory based, tasting nothing like the coffee he knew.

‘What’ll it be?’ The waitress sounded tired, as if at the end of her shift.

‘Coffee. White. No sugar. The wife made me give it up. To save coupons.’

He opened the paper for the hour wait, but since no one was eyeing his

table, he relaxed. He read the newspaper, scanning the sporting pages, then borrowed a

pencil from the waitress for the crossword.

When the hour was up he paid and left, returning the pencil with a wink and a

‘Thanks, love,’ keen to see what Mick had got for him.

‘Gin and sherry! I can’t wait to see Thelma’s face.’ He beamed.

‘You owe me twelve quid.’

‘Take it or leave it. There’s plenty of others keen enough.’

‘No, it’s alright, just more than I was expecting.’

He held the brown paper bag close to his chest as he headed for the tram.

You’ve done yourself proud Joe Brown. It’ll leave you short for the week, but it’ll be

It was suddenly much cooler. A sharp wind set in and he pulled up the

collar of his austerity suit against it.

Later, inside the Hasty Tasty, a constable was interviewing the waitress. She’d

been crying and the manager had told her to take the rest of the night off.

‘I’d gone out for a cigarette. A five-minute break since we weren’t busy.

That’s when I saw him. He’d been in for a coffee earlier and I was thinking, Nice

man. Gentlemanly. Not like some round here. Then he suddenly stepped off the kerb

and the car hit him. He had this dark suit on, and the driver probably didn’t see him. It

all happened so fast, but the funny thing was, as he fell, he looked like he was trying to

save what was in the paper bag.’

Thelma placed the plate on the saucepan. I’m off to bed. I thought this time, maybe. But he’s forgotten again, and I’ll bet he’s been at the pub and now he’s shickered. But he won’t have forgotten his tea. 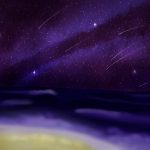 Previous Story:
HOW TO MAKE SAND 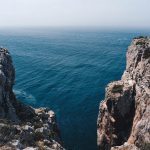