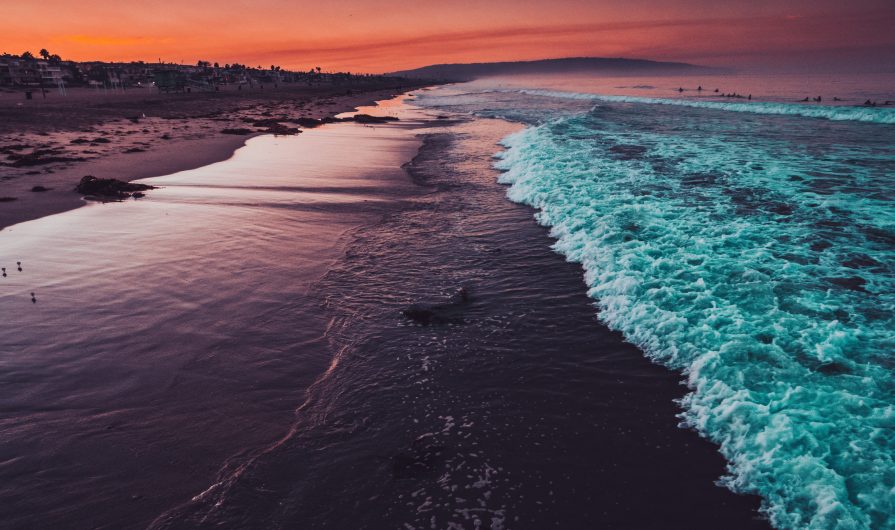 Cameron slammed the door behind him. He didn’t slam it too hard because he knew he could damage the door, and then he’d really be in trouble. At almost twelve years old, he knew how to control his anger better. He could still yell and talk back at Mum, just not when Dad was home. Cameron stopped on the doormat and took a deep breath of the salty sea air. He looked far out into the ocean that faced the house, away from his problems. Cameron then plugged his headphones into the iPod shuffle he got for Christmas last year. The tiny silver device was closer to his heart than any memory, toy, stick or swing. He shuffled through songs until he found the one he wanted to listen to. He then slipped the iPod past Grandpa’s opal necklace, down his chest and into his pocket.

Grandpa was next to him in his deck chair, smoking his pipe, and gazing towards the ocean with his wrinkled beady eyes. He was almost always sitting there at this time of day. Cameron ignored him; he knew he wouldn’t say anything anyway. At seventy-seven-years-old, the retired abalone diver didn’t get up to much anymore. He spent most of the day in his shed, which was old enough to make their house look like a newly-built villa. But it never seemed to bother him, as he’d been painting in there for years now. No one ever asked him about it either, which Cameron always found curious, since his parents were usually nosey people. According to Mum, he never showed any interest in painting until he quit diving.

Cameron set off for his walk down the bank, and onto the beach. It was a quiet afternoon, except for the loud and annoying kids playing beach cricket with their dad three doors down. He walked with haste so he could make it to the point before sunset. Nebraska Beach was long and there were many rocky areas that separated it into parts that made it feel like multiple beaches instead of one. Cameron never really understood why it was all Nebraska beach. The small beach before the point that he was heading for was completely isolated and deserved its own name. His family knew it as the ‘Cool Beach’ from when they’d once asked him where he walked to. Maybe one day the whole island would know it by that name.

As he walked by, Cameron saw Grandpa’s old deckhand putting his boat on the mooring. He noticed Cameron and waved, and Cameron waved back. He was a nice man who used to play cricket with him and Dad when he was younger, and would always make him laugh by doing something silly.

A few songs later he arrived at the rocky intersection that divided the main beach from the Cool Beach. He maneuvered himself over and around the rocks until he could finally see his destination. Cameron was both surprised and annoyed to find that a lady was in the water around the middle of the beach. She was submerged up to her shoulders, looking out into the ocean. Her long dark hair covered the side of her face. He knew she was a tourist, since the locals would only ever swim on their section of the beach at this time of day. Cameron kept walking, even more irritated now that beach had an intruder. It wasn’t too uncommon for someone to go swimming there – it was a cool beach after all. But tonight Cameron wasn’t in the mood for sharing.

He walked quickly, stepping on shells while pretending to be interested in something that was in the other direction. He did this so she could glance in acknowledgement of him, and they could both move on. After several seconds he faced forward again, and in the corner of his eye he could see that she was facing out to sea again. The beach was the same as it usually was, the warm untouched sand massaged his feet and the tiny waves broke over the lining of assorted shells. The clarity of the landscape almost made him forget about the lady. Half a song later he finally reached the point. He climbed over several boulders and reached the three rocks he’d sit on to watch the sunset. Anyone else would look at him on those rocks and think that no one could ever be comfortable, but Cameron knew the angle to lie in that was perfect for him. It even faced slightly away from the beach, so he didn’t have to worry about any awkward interaction with the lady swimming. He flicked through his songs again and found his favourite sunset track to listen to.

The sun fell below the hills of the mainland in the distance, and the sky turned from glowing orange into a pale turquoise. He took one last breath from the salty ocean air and decided to head back. He had been there a while and it was getting dark quickly, as it did this time of the year. Hopefully the lady was gone by now. A quick glance over his shoulder confirmed that she was. He rose to his feet, and it was at this moment that Cameron realised something peculiar about when he had first passed her. She didn’t seem to have a pile of belongings on the beach, nor any kind of boat or kayak parked. Just as Cameron frowned with confusion, he remembered something else bizarre about her that he missed on the way up. Not only did she not have any possessions with her, but she clearly hadn’t been on the beach that afternoon, nor anyone else. The beach was completely untouched like it normally was. Perhaps he was wrong. He watched his footing as he took a few strides over the rocks and landed back on the beach. He wasn’t wrong, there were no belongings and the only marks in the sand were—

No, there were other footsteps in the sand. They had come out of the water at the center of the beach, then turned to follow his footsteps. Cameron stood still as his eyes quickly tracked the footsteps all the way up to the rocks at the point. As his head looked down, he saw writing in the sand that read: ‘Do not look at me’. He felt his heart stop. Frozen in his steps, he couldn’t help turning around. He slowly turned his head to the side, but just as he started, a voice cut through his music, not over it, through it. It seemed to deafen the music as it hissed.

Cameron bolted. His arms sprung forward aggressively and his legs began to move as fast as they could. The arch of his foot stepped on a large pebble that shot a sharp pain all the way up his leg, but he barely noticed. He sprinted as fast as he could, but pushed every inch of his body to run even faster. His headphones finally fell out. The breaking waves was all that he could hear over his feet working through the sand and his heavy panting. He decided to look behind him – there’s no way a girl could keep up with his pace. He shot his head to the side, and as he did, his legs tripped up from underneath him, sending him crashing into the sand. Despite the fall, his eyes remained fixated on what he saw.

A beautiful, naked lady, with long, straight, dark hair and unbelievably large eyes. However, as she approached him, things slowly started to change. Her eyes rolled to the back of her head and turned pitch black. Her teeth grew sharp and yellow. Her skin turned a pale green and her muscles shrunk. Her skin tightened to show every bone in her body and her fingers lengthened with long sharp nails. Her eyes narrowed as her face became ridden with rage. Suddenly, she lunged forward with incredible speed, grabbing Cameron by the arms and lifting him up high as if he were a toddler. Her large black eyes glared at him, and his gut begun to feel weak. She removed her arms, but he did not fall; he was floating. His arms started to rise out into the air and his legs began to separate. She watched him in anger, her black eyes staring deep into his soul.

She moved back and lowered her gaze as she rose her arm up, her fingernails beginning to dig into his skin. Just as the pain started to become too much, she lowered and stopped dead in her movements. Her anger faded and her face looked in shock, still staring at his chest. Suddenly Cameron dropped to the ground. He bolted up and ran towards home. The balls of his feet dug into the soft sand, flinging it behind him. Tears began to dry on his cheek and fresher ones flew out the sides of his head. He noticed very quickly how exhausted he was. He was already out of breath, for his legs were sore, his foot hurt, his lungs were pounding, and the cuts in his chest were becoming cold. His breaths were desperate, frequent, loud, and wheezy. No matter how hard he tried, he couldn’t run as fast as before. His body slowly began to give up.

The whisper pierced his ears as clear as before, but this time he was less startled. In fact, this time he was surprised, because she no longer sounded scary, but rather like the woman he initially saw. He should have learned his lesson, but the comfort of her voice made him decide to look over his shoulder again. She was back where he had been dropped, but she was not the terrifying witch anymore. Instead, she was back as the beautiful lady again. Cameron didn’t bother questioning it. He kept running as fast as he could, all the way home.

Cameron stopped running as he arrived at their boatshed, but his mind was still racing. He turned around one final time. The moonlit beach was empty, so he headed up to the house. Despite the late hour, Grandpa was still outside smoking his pipe. Cameron was pleased to see him, and approached him on the balcony.

Cameron hesitated; he wasn’t sure what to ask. Grandpa continued to smoke his pipe as he gazed out to the ocean.

‘Why did you give me your necklace, Grandpa?’

Grandpa broke his gaze. He turned his head and looked up at Cameron with his wide, glassy eyes. After a long pause, he turned back towards the ocean.

‘I think it’s about time I told you a story. That’s not my necklace.’ 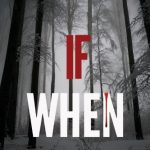 Previous Story:
If When
Next Story:
Delivery