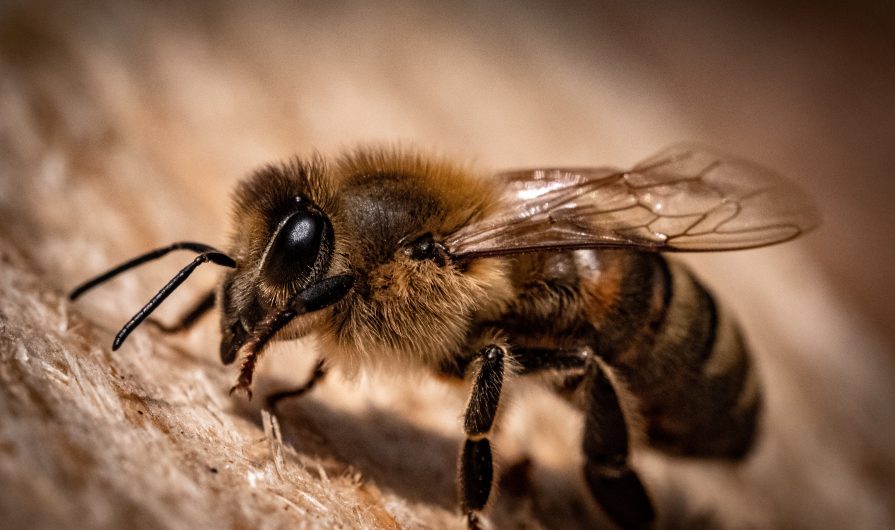 ’By god! It’s bees!’ The spyglass slipped from my fingers and rolled along the deck, its rumble

in harmony with the domineering thunder. Gripping The Captain by the shoulders, I felt reality

seeping in as the words rolled over my tongue. ‘Bees! A glorious golden island of hives!’

The ship groaned over another wave, sending us skidding starboard.

Now the storm retreats but the island stays put on the horizon, like a middle C. It was so clear

before; a halo of blue sky overhead as the winds twisted the surrounding ocean into beastly claws,

‘It’s finally happened,’ The Captain shouted over the howling wind, wiping the rain from her

it could slide atop the water.

She disappeared behind a screen of white spray, her coat ripping from my grasp. I was just as soon

detached from the deck, wood splintering around me in the swell. White to blue to black.

Sweetness lingers in the air and I swear I hear them buzzing. That’s what I’ve heard—that

bees buzz when they make it. The world’s gold supply could quiver at the mention. What’s solid

gold worth in comparison to the saccharine liquid kind? People scam, maim and kill for a small

taste of the stuff. No do-gooder could work hard enough in a dozen lifetimes to have the luxury. But

I can. Just another hour or so and I can.

I spluttered out sea water as I broke the surface, immediately met with the assault of rain, like

tiny stones cast from the clouds. I caught a panel from the shattered ship as it whizzed by and

hoisted myself halfway on top, digging my nails into it while it sunk splinters into me. The Captain

surfaced with a weeping wound above her left eyebrow. But behind her, over the vicious peaks of the

ocean I saw the golden island, beaconing. My name cut through the air—only the wind, surely—its

shrieks silent in comparison to the call. The Captain was dead. The wind howled to me once more

as the sea folded. My raft pulled me back to the surface and the wind was silent.

I only need a little bit. Just my hip flask would set me for life. I’ll be famous; the only ethical

honey dealer in the country—maybe the world. Unlike the other suppliers, I’d never hurt a soul.

The Captain would be proud. But The Captain is dead. There was nothing I could do.

‘There was nothing I could do,’ I tell the bees, always buzzing on the horizon line, the middle 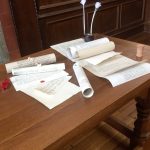