Hakim Bellamy is a poet, author, musician, playwright, actor, and community organiser. In 2012, he became the inaugural Poet Laureate of Albuquerque. He holds three poetry slam titles at UNM, and is a national slam champion. I first met Hakim in 2014 when I was living in Northern California, and visited him when I journeyed through New Mexico. We caught up recently via email, to dig deeper into his history, and see what he’s been working on lately.

Brad Jennings: I don’t know much about your family. Is there a lot of art and creativity among your elder generations?

Hakim Bellamy: You know, my father passed away in 2019 from a slow, cruel, terminal illness. During his belaboured transition, I learned a lot about him, especially once he lost his ability to speak. It was then that his stories began speaking for him. Mom was the artist, the creative. She was a flower child, a runway model, the one who chased her dreams with reckless abandon. Dad was more reserved. Happiness was his art. He sang later in life, in the church choir, in the Men’s chorus, in the pulpit once he became a teacher.

Both became wordsmiths in their own right. Dad would be up late in his study putting together words for Sunday’s sermon. Now Mom does the same, in Dad’s study. My approach to writing is very working-class – punch in, punch out, do the time and perhaps brilliance will smile upon you. Writing is a process of unearthing yourself and mining the jewels. We all have them. All of my brothers and I read, write and rap to varying degrees.

BJ: It was roughly seven years between deciding you were a poet and becoming Albuquerque’s first Poet Laureate. I imagine you learned so much between those two milestones. Are you still growing and learning as a writer to this day?

HB: Always. I just finished putting together a manuscript – a collection of commissions from my time as Laureate. Included are a handful of poems written after those years, but are a function of my position as “Poet Laureate Emeritus.” All that to say, they were of poems written by a younger me. They were alive, full of passion, and quite revealing. However, I feel I am a better writer today. I know when less is more and more is too much. I trust the reader/listener more than I did back then, when my desire to be heard was greater than my desire to be changed. I know writers who were writing back then that are not writing anymore. I still am and people are still listening, which is a blessing.

BJ: How old is your son now? Does he get lit up by writing too?

HB: Teenager years-old! He’s thirteen. Nah, he is not an enthusiastic writer, but he’s a good one when he gets around to it. We have a father-son journaling practice, where we order one of those guided two-person journals online. We take turns writing to the prompts, reading then responding (like trading fours in jazz). He is a great little performer though, and has been in a few theatre productions with me, most recently ICKY: The Musical.

BJ: I see you got to write a poem for Dr. Nikki Giovanni when she visited Albuquerque in 2013. Did the gravity of that amazing honour make you second-guess what you wrote, or did it go the other way and inspire you even more?

HB: It definitely made me second guess everything. Dr. Giovanni has been a long-time hero of mine. She is an icon of the Black Arts Movement (BAM). Two weeks later she was on the Tavis Smiley show and when asked a question about up-and-coming poets she’s impressed with, she mentioned me! On national TV.

BJ: Do you have anything in the publishing pipeline for current works?

HB: Yes, a few unfinished manuscripts. However, the forthcoming collection from UNM Press – Commissions y Corridos – will the broadest sample of my work from 2012 to now. I am working on two manuscripts, one of narrative poetry for YA and another memoir-like collection about my father. My most recent work – We Are Neighbours – was a finalist for the New Mexico/Arizona Book Awards.

BJ: Australia may be different to the US in a million different ways, but our sordid histories have some eerily similar parallels. You are so graceful at harnessing your roots and bringing them into the present. It’s a skill that everyone should strive for, no matter where they are. Is there any advice you have for emerging Australian poets and writers, to help them speak their truths?

HB: In 1840, Percey Bysshe Shelley said, “Poets are the unacknowledged legislators of the world.” I took it a step further and became a government official. But history has shown poets to be a significant threat to power. So much so, some have been deemed enemies of the state for their critique on behalf of the people. But even as a political artist, I do not write to outrage nor appeal. I write what is true to me, in hopes it is true to others. Good art engages and challenges people. Good art remembers and reminds people. My advice – write something memorable… like the truth. 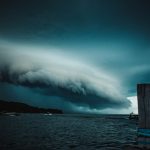 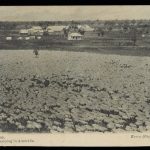