The ‘Stitched Up’ Project 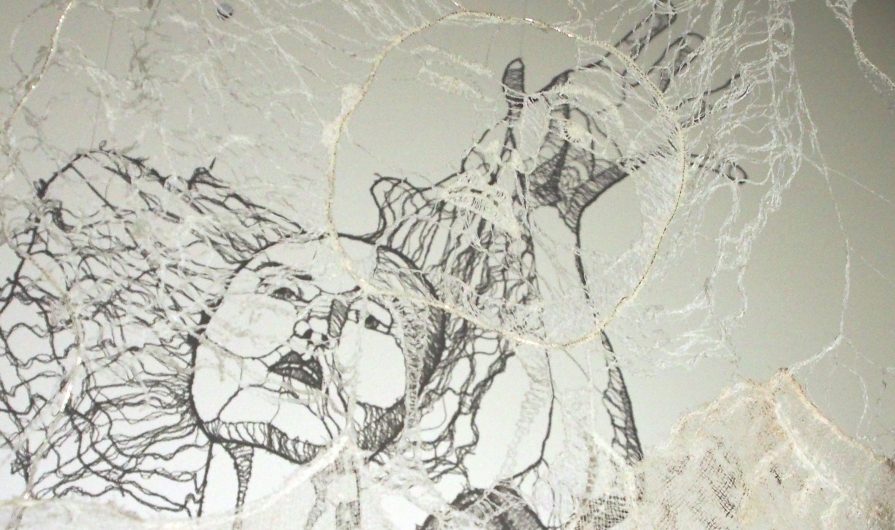 Backstory is proud to present excerpts from the ‘Stitched Up’ project, by poet Anne Casey and artist Jane Theau.

Between 1867 and 1871, Newcastle Industrial School for Girls in New South Wales housed 193 girls aged between two and a half and eighteen years. This was a time when masses of immigrants were fleeing dire circumstances overseas (war, famine and poverty) to join the emerging colony in Australia.

The girls of Newcastle School came from backgrounds of poverty, cruelty and discrimination endemic in immigrant and marginalised communities during this, Australia’s ‘Gold Rush’ era. Their stories are breathtakingly brutal.

Hard times led to desperate measures and there were plenty to prey on the innocent and unprotected. The girls were sentenced to a stay at Newcastle Industrial School after being arrested for vagrancy, prostitution and petty crime.

Ostensibly, their internment in Newcastle was intended to remove them from situations of immediate danger and to teach them basic literacy and sewing skills. In reality, the girls’ internment locked them into a cycle of repeated incarceration and ill treatment from which most were unable to break free.

The girls were given a minimum of 12 months in Newcastle, with most enduring periods of involuntary ‘apprenticeships’ as domestic help for lengthy periods afterwards. During their time at Newcastle, the girls became notorious in the locality for a series of daring escapes which led to repeated incarcerations in the Newcastle Gaol. Some went on to gain national infamy.

Those who survived changed their names over and over in an effort to overcome the stigma of their pasts.

The ‘Stitched Up’ project

‘Stitched Up’ is a collaboration between Newcastle Lock Up (old Newcastle Gaol) and Timeless Textiles Gallery. It is an art exhibition marking 150 years since the opening of Newcastle Industrial School. The brainchild of Australian fibre artists, Anne Kemptom and Wilma Simmons, the project has been two years in the making. Drawing on research by local historian, Jane Ison; anthropologist, David Eastburn; and Bernadette Sheehan, Wilma and Anne have pulled together an art exhibition featuring 25 renowned international and national textile artists. Australian artist, Jane Theau, whose work features in the exhibition, invited Irish-Australian poet, Anne Casey to write a voiceover. Jane and Anne have collaborated closely. Jane has created a series of thread artworks which will be backlit to form shadow figures representing the sinister and spectral lives of the girls. Anne has written 20 creative pieces which feature as a voiceover and visual poetry in the exhibition. Artists from Canada, Hungary, the Netherlands, the United Kingdom, Denmark and nationally across Australia have contributed to this project. The exhibition runs from 23 June to 6 August in Newcastle with plans to exhibit in Ireland next year.

Backstory presents ‘Stitched Up’ by Anne Casey and Jane Theau.

Accompanying audio to ‘Stitched Up’ on soundcloud.

To find out more about this project visit The Irish Times’ article on the work. Anne Casey has also been interviewed about the project on: by the Irish Times.