A Book Review of Hoa Pham’s ‘Lady of the Realm’ 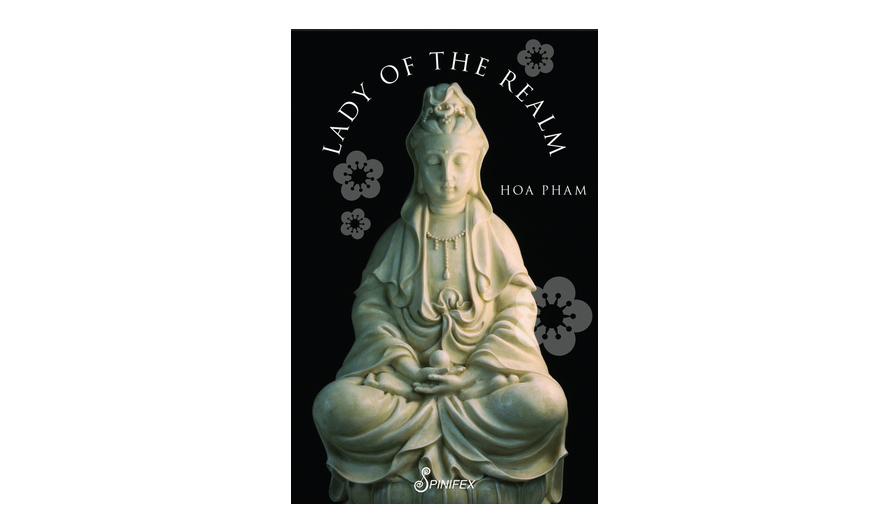 “[…] and I was lifted reluctantly into the boat as it ploughed into the sea. On the beach the men I knew from birth were being slaughtered.

I helped with the rowing and the launch of the sail. Our gazes were pinned to the shore. Our village was lit up in silhouette by fire.

Children cried as the women prayed and murmured the mantras to the Lady of the Realm.

But she did not come to save us.”

Australian author Hoa Pham’s most recent novel, Lady of the Realm, captures and retains the reader’s interest and imagination in the fluent words of its opening pages. The author introduces the reader to likeable and convincing characters in the first chapter. And the story is greatly propelled forward by the description and portrayal of the main character, Liên, and the details of a prophetic dream in which she envisioned the destruction of her village. Set in Vietnam between 1962 and 2009, the story is rich in heart and emotion. Lady of the Realm immerses us in the life of Liên and how the roles of leader and monastic were thrust upon her as she escaped with a small group of survivors when her village was burned to the ground. The men of her village were murdered and many of the women and children were kidnapped, including her own mother and sister.

Liên could not have imagined that the strange and disturbingly real dream she had the night before the massacre would shape and influence the rest of her life. Lady of the Realm is not a long book, but is engaging and captivating. Because of this, and its silky flowing words and beautifully written descriptions, it is likely that you will finish it in one short afternoon. The pace of this book is surprising and all-consuming, and once started, it is hard to stop reading. I was very impressed by the absence of any lulls in the writing. The book is fast-paced, yet gently and exquisitely written with no troughs and valleys where the momentum lags and the mind begins to wander.

Lady of the Realm does, however, describe confronting scenes and deals with difficult subject matter such as rape, suicide, violence, and of course, the Vietnam war and its casualties. The book describes Communism’s stranglehold over religion and the forcing of people to practice their faith secretly — ‘behind closed doors’.

Whilst many themes, historic, social, and existential are explored in Lady of the Realm, I found its strongest messages to be the gifts of compassion and forgiveness, and the gift of peace, and how easy it is to take that peace for granted. And indeed, one of my favourite passages of the book is “Our teacher Thầy says, though we have suffered at the hands of the foreigners, they were once children too and we can feel compassion for the suffering children the invaders once were.”

Lady of the Realm beautifully compliments this issue’s special migration theme. It befits the accompaniment of other stories and writings of displacement, civil war, and the desperation of risking one’s life for the chance to perhaps again experience one more day of peace… One day… in the future. Hoa Pham has a message, and she delivers it in Lady of the Realm: “[…] we will open our hearts with compassion to others to become more human.” 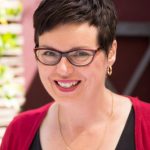 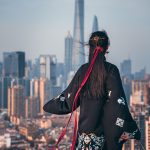 Next Story:
A Chinese Bowl and a Summer Dress