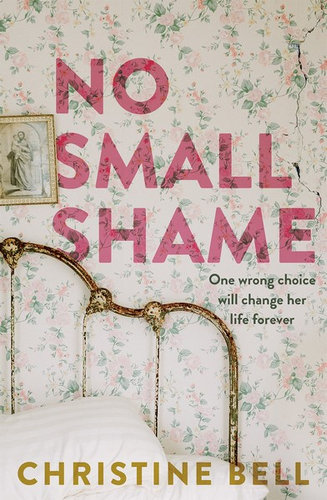 “Even as Mary said it, guilt scalded her insides knowing that Maw had nearly died of the bleeding after the last babe born sleeping. Of course, her own misery was nothing in comparison and she’d not do anything to risk Maw or the new babe coming safe into the world. She just didn’t want to be the one home alone with Maw when it did.”

No Small Shame is the compelling and addictive 2020 novel by Christine Bell, an award-winning author based in Melbourne. I say ‘addictive’, because it is a story that I resented having to put down when I was forced to do other things. My mind would wander back to the story, wanting to know what would happen next. Is ‘binge-reading’ a thing not unlike binge-watching? Because I found myself resenting that I could not read the entire book in one sitting. Book lovers sympathise, I’m sure, about the lack of hours in the day that we can dedicate to our favourite pastimes.

The novel begins in 1913 Scotland and introduces the reader to Mary O’Donnell, a teenage girl smitten with Liam Merrilees. Liam is being forced to leave the poverty-stricken tenements with his father who hopes to find a better life in Australia. Mary’s father also leaves for Australia ahead of the rest of their family. A few months later, Mary accompanies her mother and siblings and the rest of Liam’s family on the long voyage across the sea to join the men. Sadly, it is more a voyage of diphtheria, pneumonia and seasickness rather than an adventure or exciting new beginning for many people on board.

Mary begins her new life in the Victorian coal town of Wonthaggi, all the while still wishing to win the heart of young Liam. We follow the Scottish lassie’s tough life from her early days in Scotland to the recently established Wonthaggi, and on to Melbourne and back again. But Liam is waving many red flags that sweet but naïve Mary just does not see. Liam drinks too much and is a bit of an arse in the way he treats her. Those will not be his most troubling traits but they will be enough to help set Mary’s life on the difficult trajectory that she must endure in Australia. World War One looms in the background of the lives of all the characters, along with the Spanish flu, and the social injustices experienced by women of the time, as well as religious bigotry and the all-important need to ‘save face’.

No Small Shame is delightfully Scottish, yet charmingly Australian and nostalgic. Belluses the perfect amount of Scottish lingo for the uninitiated reader with the ‘weans’ and ‘eejits’ rolling off the tongue. But sheer curiosity had me wanting to look up what a ‘bunnet’ is even though it was obvious it was some kind of hat. Turns out it’s kind of like a tam-o’-shanter, but not quite!

There is a lot of truth in No Small Shame, and I think it is this truth that makes reading it such a rich and absorbing experience. The characters and locations, the descriptions and settings all evoke feelings of both realism and suspense, as well as compassion and sorrow for the loveable and sometimes frustrating, yet very relatable and well-portrayed characters. Reading the book is a journey along with the characters’ tragedies, mistakes and sometimes just plain bad luck… plus their eternal need to hope for something better.

“But only that morning hadn’t she given up her seat on the tram to another bloke in uniform with his shirt sleeves pinned up with nothing inside to fill them? And Pearl told tales about Arthur Allan a few doors down whose family spoke in hushed tones on how the man was changed.” 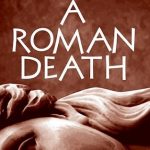 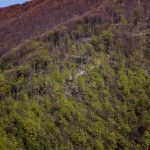 Next Story:
Up Cannibal Mountain