Book review of Zealot: A Book About Cults by Jo Thornely.

Why would anyone join a cult? This is the somewhat facetious, but-no-less earnest question that Jo Thornely asks us in the beginning of Zealot, a book unapologetically obsessed with cults, their members and their charismatic figureheads.

Thornely is the host/creator of the monthly Zealot podcast, which unsurprisingly, also chronicles her long-term morbid occupation with all things cult. Zealot (the book) reads like a best hits compilation of her work, covering some of the more well-known and lesser-known cases of human depravity over the last half-century.

From the home-grown enigma of The Family to events in Jonestown that prompted worldwide investigation, no group with a more-than-questionable belief system and/or criminal background is exonerated from Thornely’s humorous debasement. Her style is highly syncretic, instantly recognisable to anybody familiar with her auditory body of work.

Very much a conversationalist, Thornely writes in a voice that is immediately approachable, yet never afraid to touch on human tragedy, making light of some genuinely upsetting occurrences. She often skirts the line between sympathetic and sardonic which may be irritating depending on which side of the fence you sit. As a result, some of the humour may read a little forced and the overall joviality of her voice might be cause for offence for some, especially when considering the tragic and enduring nature of some of these atrocities (where resolution and legal reparations have not been met).

Still, it is hard not to recommend Zealot to those looking for a light (but not-so-light) read, or those with a general fascination with the dark, macabre and less than cordial side of Humanity. Perhaps Thornely’s most commendable achievement is her efficacy in reminding us that cults are built on the lives of ordinary people. These people, just like anybody else, seek purpose in their lives. It just so happens that the groups and movements they find refuge in are run by psychotic, manipulative, megalomaniacs. Zealot is a sullen reminder of why sometimes good people do very bad things. 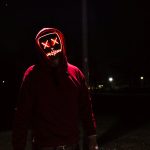