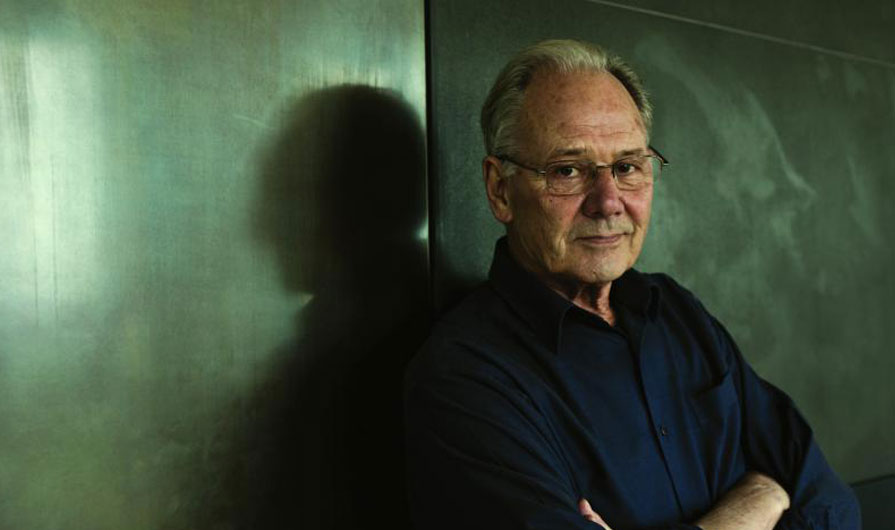 By Jac Mason and Ana-Teona Tinc

The walls were lined with books, stacked up higher than any of us could reach. Alex stood and turned his back to us, his hand ran along the spines as he searched for Hannah Kohler. I pulled the coat from my shoulders and placed it at my feet, almost slipping from the edge of the couch. Ana’s eyes tracked his hand.

“I tend to have favourite novels,” he said as he passed us a book in Polish “but, no one novelist stands out as my favourite.”

He names an author in German that neither of us, nor the recording, quite catch.

“I’m horrible with names,” Ana said, after we shared a gape mouthed glance.

“You’re just horrible.” His eyes caught the light as it leaked through the rain clouds outside; he sat up in his chair and cupped his hands and rubbed his knuckles. “If you’re just horrible, then why wouldn’t you be like that with names?”

“I don’t pretend to know anything, I know nothing,” Ana said, a gentle smile pulling on the corners of her mouth.

Alex leaned back into his chair, the light escaping his eyes as he looked between the two of us. He shrugged, hands balled tight together in his lap, as his laugh faded.

“No I don’t know anything either,” he said.

“We can chat about stuff.”

Before our meeting with Alex Miller, a multi-award winning Australian author, Ana and I had failed to prepare. We arrived at Castlemaine station in a light mist of rain with four or so questions each of us had scribbled on torn out sheets of paper. During our extensive research we had found out two things. One, Alex Miller is probably one of the most celebrated Australian authors still active. Two, we should have read something he has written.

“I love your honesty,” he would later say in his study. “Most people who interview me, I ask them, have you read my book? And they will say no I have bought it, but I read an essay you wrote, and it was just fantastic.”

As a result, we attempted to gain an understanding of the process and influences of one of our greatest authors.

Silence came over the room as he took a shallow sip from his crystal glass of water. The small pyramids carved into the base of the glass took me back to my grandfather’s living room. He had a hexagon ash tray, styled in the same crystal fashion. In each corner a small bump was chipped out and smoothed to create a holster for one’s cigarette. He would stand up, place his cigarette in the bump and slick back his thin silver hair before placing a tartan cap on his head. As far as I know, he still uses that ash tray.

“How important are facts and research in your writing?” I said, my pen readied against my notepad.

“For me [a novel] has to be authentic to the people from that place,” he said as his hands waved out in front of him. “The review which meant more to me than any other appeared in the West County Gazette and it read, this man knows his hunting country.”

Alex cited the importance of creating an authentic snapshot of a place and time. He further went onto discuss the Ancestor Games, winner of the Miles Franklin Award, and the time he spent in China.

“If a Tunisian writer came out here to write about Melbourne or Castlemaine and got it wrong I would say it’s nothing like this… it’s got ring true, but it’s got to ring true for the people from there, but that’s just me.”

He crossed his legs and straightened up in his armchair. My eyes were drawn to the small fire pit in the wall, right next to a box full of his most recent book.

“But then again you don’t have to be like that,” he said as his eyes soaked up the fleeting light once more. “There are no rules. Maybe you want to write a book about New York and know nothing about the place, that’s alright too.”

Leaning forward, he claps his hands at his knees. He rubs his hands together as a wide smile overtakes his face. I looked at Ana. I’m not sure, even now, why I thought she would understand any better than I had his fascination with her comment.

“What a story,” he said, another small clap sounded from his hands “I love to clean, I love cleaning.”

I look out the corner of my eye at him, expressionless and pale. Outside the rain gained pace against the tin roof. We had been there for at least an hour and a half which had caused the interview to slide more into the territory of a conversation. I felt my stomach turn as I looked over my spent questions.

“And you know what,” he leaned in, his elbows pressed on his knees with his voice a mere whisper, “sometimes I make the mess, just to clean it.”

“I can use that as a metaphor,” said Ana.

“Don’t worry about the metaphor,” he sat up and waved his hands outwards like a horror film victim caught in headlights, “let the metaphor take care of itself.”

He returned to his chair and pushed the cloud of hair above his head backwards. I looked down at the patch of mud on my back pack and my t-shirt with coffee stains from work. My eyes ran down my legs, patched with stray pet hairs and crumbs from lunch.

“There is no usual,” he said “my previous book, Coal Creek, took ten weeks from the first idea to finished.”

Ana leaned forward, her black, shining shoes tilted over onto their toes. On her lap, her notepad faced upwards with small notes scribbled across the page.

The room falls silent. Outside an old ute thunders past. The neighbour’s dog barks, perhaps at the ute, perhaps not. I focus my attention and try to pick the smell in the room. Fire wood and paper. Maybe an orange air freshener.

“There’s no time to write a book.”

I was thankful for the interruption, I didn’t have an end to that statement.

“I’m not like Graham Greene… who would wake up and write four or five hundred words a day, I’m not like that.”

“I don’t know,” his face was serious, his upper lip laid flat across his lower as he spread his hands. “With Coal Creek, I just listened to the story in my head and wrote it. The problem with my current book (80) is that I know it all, so I have to leave ninety percent of it out.”

“It’s hard,” Ana said, while she shifted her gaze between Alex and me. “When you know all the details and you’re fascinated by all of them.”

“Exactly,” he said “because they are the ones, the leaves on the tree and the smell on the wind.” He paused and rolled his eyes up to the ceiling, “not, I woke up in the morning and I was looking at the ceiling.”

Sitting here now listening back to the audio of Ana, with her clear speech and professional demeanour, and I, stuttering as I ask questions, I couldn’t agree more with Miller more. We spent three hours sitting with the author, immersed in a work space that I believed only existed in films and novels. Three hours of conversation ranging from his roots in the Gorbals, a notorious region of Glasgow where my own family used to live, to all of his books and the drive behind them.

However, as I conclude, I hope I left all of the right details in. 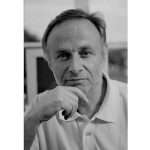 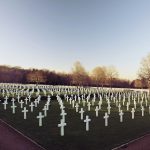 Next Story:
Reflections of an Anzac Day March