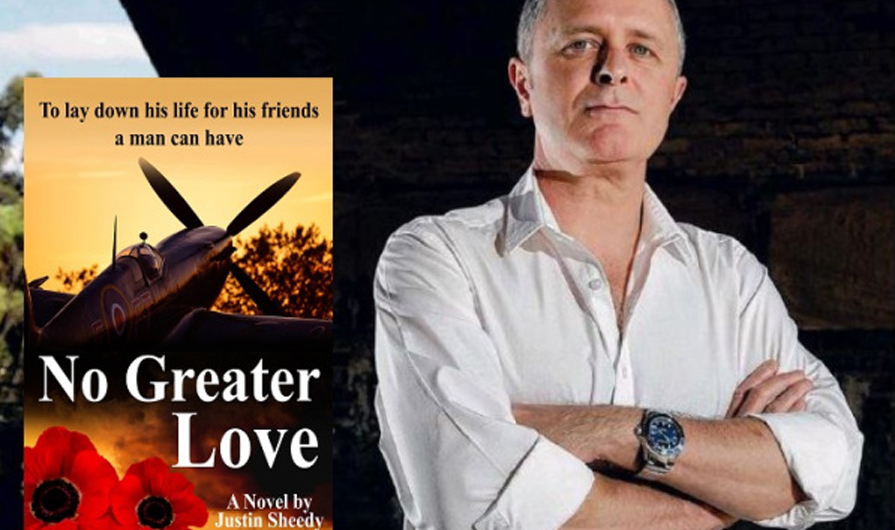 The subeditors at Backstory were fortunate to be able to interview Justin Sheedy, an author known for writing novels and historical fiction. The interview was conducted on the tenth of September 2017.

Which novel needed the most research and why?

All three novels of my World War II trilogy have required massive research, the key challenge with each being to achieve that perfect balance for the reader between historical/technical detail and an immersive “page-turning” experience. Though it was during the research for Book one, “Nor the Years Condemn”, that I had the honour of interviewing five or so of the air war veterans whose true story I hoped to bring alive: They were all about ninety-two though they looked seventy-two as at twenty-one they were the near super-human young Australians who flew as combat pilots against the might of Nazi Germany. One of them, though he had somehow survived the most dangerous job of the war, looked at me straight and said, “Justin, it was the BEST time of my life.”

What inspired your recent novel, “No Greater Love”?

Primarily the hugely fond reader response to one of the supporting characters of Book one: “Nor the Years Condemn” is the story of Daniel Quinn and his transformation from Sydney private schoolboy to professional killer as a Spitfire pilot against Nazi tyranny. On his traumatic path Quinn is taken under-wing by Sydney inner-city working-class boy Mick O’Regan whose full story as a Mosquito bomber pilot we get in Book two, “Ghosts of the Empire”. Yet it’s towards the dramatic climax of Book 1 that we meet Aussie rough diamond Colin Stone, ‘Stoney’ to all, a boy from the wrong side of the tracks, specifically the mean streets of Depression-era St. Kilda. Stoney is a genuine Aussie underdog and so many readers of Book one said, ‘We LOVE that character!’ so Book three, “No Greater Love”, is his full story.  In a way, his ‘underdog’ character is a classically ‘Australian’ character as our whole white history is one of crossing from the bottom of the planet to fight other people’s wars – and ironically showing them how to do it. Stoney’s character personifies our Australian notion of ‘mateship’ though in its ultimate form: the willingness to give one’s life for one’s mates, hence the book’s title, “No Greater Love”, as in the Gospel verse re there being no greater love than to lay down one’s life for one’s friends.

Was it difficult to gain international success as an author?

Please let me make it clear that ALL things have been difficult for me as an author and remain so: from writing to publishing to publicity & marketing to book sales. Only dogged persistence makes the difference between ‘success’ and ‘failure’. That said, any international success that my books have so far gained can only be due to them telling a story that an international audience can relate to: an eternal story of good versus evil fought in the most exciting way imaginable and told by me in a style, so my readers tell me, that puts them right IN the story. Yes, I tell it from an Australian point of view, but it’s a universal story: a tragedy of shining young people doing with unselfish brilliance what they should never have been cursed to do. I also tell the story from “the enemy’s” point of view in the anti-war sense of the world’s people having far more in common with each other than the governments they are forced to fight for.

How do you deal with writer’s block?

By reminding myself (on a constant and regular basis) that it never lasts past tomorrow morning. When, unusually shaving, the idea for my next page always comes out of magical nowhere.

What was the hardest scene for you to write?

In “No Greater Love” where I describe and explain the whole ‘Enigma’ World War II secret code system employed by the Germans which, decoded by the British at Bletchley Park, they used back against the Germans without their knowledge until the end of the war which the Germans lost as a result. The most compressed piece of technical explanation I have ever attempted, I described the whole system and counter system in less than a page, my task being to render one of the most complicated things in human history easy to understand by a reader who has never heard of it before. Plus, I wrote each book in the trilogy to stand on its own, so Books One, two and three can be read in any order.

You recently published your novella, “Other People’s Wars”, for free on platforms such as Amazon. Have you found that you’ve attracted a larger audience from this move?

Yes, it’s currently available for free via my website, JustinSheedy.com. It’s a mini-story featuring the key characters and themes of my trilogy and designed as an introduction to the trilogy for new readers, though with some nice ‘back-story’ for my existing readers. Obviously, this free novella is a promotional tool designed to attract a larger audience to my books but with this, as with all my promotional efforts via Facebook, my website, my regular book-signing events and word-of-mouth, experience shows me that though every little thing I do may not show an immediate positive effect, a cumulative positive effect seems to build up over time. And increasing the audience for my books seems to happen so gradually that sometimes an independent author like me wonders whether it’s all worth it. But then something lovely happens, just as it did a few days ago for me at the Historical Novel Society Australasia 2017 Conference where I was a guest author, my appearance on an author panel there being warmly received: At the end of my time at the conference a highly successful author with a major public profile approached and introduced herself to me. With a string of well-received books and a major publishing company behind her, she complimented me on my author panel performance and on my ‘profile’ as an author. I was gobsmacked, my response to her: “I’VE got a PROFILE?”  She assured me that indeed I did. So, what a relief. All the little things work over time.

Do you think the prospect of a free book leading up to the release of a novel will become industry standard?

Well, it’s a strange industry. Online, the promotional free book thing is the ‘big new thing’ so it would seem a business-sense no-brainer for the traditional publishing industry to at least give it a go.  It remains to be seen whether they do.

You’ve said in the past that you wish to hold a mirror up to Australia, is there a main area or character trait that you want Australians to identify within themselves?

Yes indeed. My World War II trilogy is a force-ten portrait of our Australian history since the Boer War as one of crossing the earth to fight “other people’s wars”, hence the title of the promotional novella. My dearest wish and intent is to encourage Australians to ask what it is within our national character that has always made us fight other people’s wars and that keeps us fighting them to this very day. In my trilogy I examine the range of possible reasons in the context of World War II: Was it our Australian sense of equality and justice that compelled us to join the fight for good versus evil? Did we do it to ‘prove ourselves’ to the rest of the world and do we really need to be still doing it in 2017? In the 20th Century, was it out of unquestioning loyalty and obedience to Britain and then the United States? Was it out of a simple need for adventure? To get out of Australia? As Australians, to prove ourselves to the world due to our national inferiority complex? Do we remain obsessed with fighting other people’s wars simply because we do it so well? Now in the 21st Century, is it high time we started questioning our loyalty and obedience to the United States? Surely if the Swiss had crossed the planet every few decades for the last one hundred years to fight in New Guinea, by now they’d be asking, “What’s in it for us?”  As Australians in 2017, have we grown up enough to ask the same question?

Over the past ten to fifteen years there has been a real rise in interest of the younger generations in the history behind ANZAC Day and the two world wars. Has the literary world in Australia reflected this change in your opinion?

No, I don’t think so: The mainstream publishing industry knocked back all my books. Apparently, they assumed my war novels merely a boys’ story in a majority-female readership marketplace. Yet the fact is my latest release, “No Greater Love”, this year achieved Number 1 Best-Seller status for Australian Fiction at Dymocks Sydney, a fact standing as simple proof of my story’s universal reader appeal. Still, there may yet be some smart individual out there in the Australian publishing industry who will realise that my books are now a market-tested & proven product telling an Australian story that has been enthusiastically received by Australian readers in limited national distribution, also internationally, a quality product now ripe for a major Australian publisher to pick up and run with as a complete trilogy. In addition, they have on record my own personal passion to promote it, a genuine passion which translates directly into healthy sales.

Having written about your early life and teenage years in ‘Goodbye Cracker night’ and ‘Memoirs of a Go-Go Dancer’, do you believe there is an important quality that the generations of today have lost?

Yes, their cultural authenticity: My generation and generations of Australians before mine had ‘Cracker night’ as our national mid-year festival: a very special annual night of fireworks that brought the whole neighbourhood together. It was a festival that went all the way back to our grandparents’ day and, on Cracker night, we saw them become excited children just like us. Australian children today, no longer having Cracker night, have Halloween: an American tradition that has as little to do with Australia as Thanksgiving, the Super bowl or the Fourth of July.  And yet Australian children and their parents have adopted Halloween. Clearly do we need Cracker night reinstated.

Is there an aspect of today’s youth that you wish your generation had?

If you could write the memoirs of any other person, be they Australian or not, who would you love to write about?

My paternal grandmother. Who in 1928 took herself unaccompanied to China. Who, with the saddest minimum of education, rose from typist to editor of the children’s page of a major Melbourne newspaper. Who, with a Polio-related limp, founded a Victorian women’s bushwalking club that exists to this day. Who had such body-image issues that she ended her days cutting herself out of family photographs. Yet she remains my family tree’s single known individual of literary or artistic bent. So, if such things are passed down genetically through the generations of a family, she was the reason I became a writer. 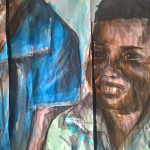 Previous Story:
What we do without knowing: identifying silencing, inclusion and... 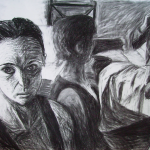