On November 2011, Michael D. Higgins was inaugurated as the ninth President of Ireland.

A passionate political voice, a poet and writer, academic and statesman, human rights advocate, promoter of inclusive citizenship and champion of creativity within Irish society, Michael D. Higgins has previously served at every level of public life in Ireland, including as Ireland’s first Minister for Arts, Culture and the Gaeltacht.

Michael D. Higgins was born on 18 April 1941 in Limerick city and was raised in County Clare, Ireland. He was a factory worker and a clerk before becoming the first in his family to access higher education. He studied at the University College Galway, Indiana University and the University of Manchester.

Michael D. Higgins is married to Sabina Higgins and they have four children. Sabina was a founding member of the Focus theatre and the Stanislavsky Studio in Dublin.

As a lecturer in political science and sociology in National University of Ireland, Galway, and in the United States, Michael D. Higgins was a passionate proponent for the extension of access to third level education beyond the walls of established universities. He was centrally involved in the development of extra-mural studies at National University of Ireland, Galway, and he travelled extensively across the West of Ireland to provide accessible evening classes for interested citizens.

A desire to work more directly for equality and justice led Michael D. Higgins to enter public life and he went on to serve as a public representative at many levels from Councillor and Mayor of Galway city to nine years in the Seanad and 25 in Dáil Éireann, the National Parliament of Ireland.

As Ireland’s first Minister for the Arts from 1993 to 1997, Michael D. Higgins’s achievements include the reinvigoration of the Irish film industry, the establishment of Teilifís na Gaeilge, now TG4, and the repeal of censorship under Section 31 of the Broadcasting Acts. He also established a rich network of local arts and cultural venues which brought crucial access to citizens across Ireland to these facilities. Moreover, he drove the revitalisation of Ireland’s canal network, resulting in 1,000 kilometres of navigable waterways, supporting thousands of jobs, and creating wealth in many rural and economically deprived areas of the nation.

Michael D. Higgins has, like many in Ireland, seen generations of his family emigrate. He has a strong interest and solidarity with the Irish abroad and has been a regular visitor to Irish Centres in Britain.

Throughout his life, Michael D. Higgins has campaigned for human rights and for the promotion of peace and democracy in Ireland and in many other parts of the world, from Nicaragua and Chile to Cambodia, Iraq and Somalia. In 1992, Michael D. Higgins was the first recipient of the Seán McBride Peace Prize from the International Peace Bureau in Helsinki, in recognition of his work for peace and justice in many parts of the world. 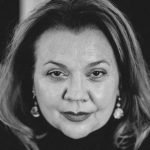