The Stories that Bind Us by Elizabeth Jane Corbett 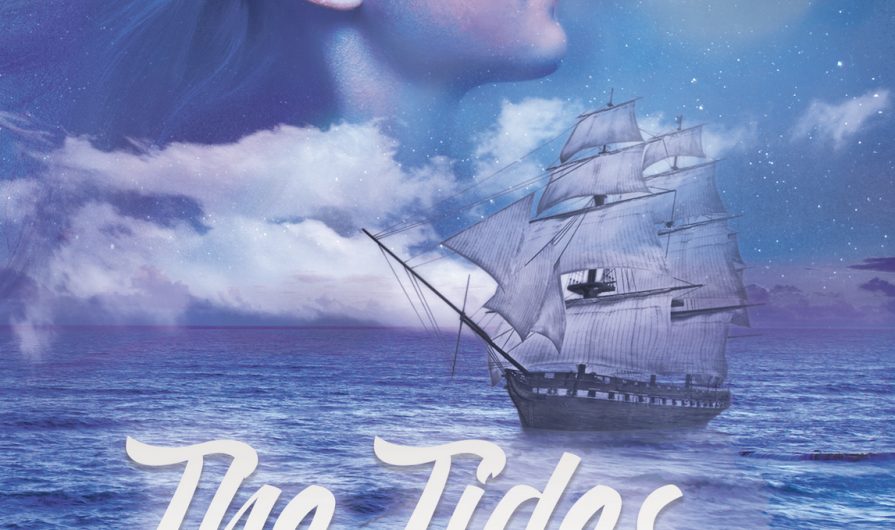 The Tides Between can be bought at all good bookshops and online at amazon and book depository.

Emigrating to Australia was the defining event of my childhood. It should have been easy. We were not fleeing persecution. We came from an English-speaking country. Yet, I spent my alone-time reading books set in the place my parents wistfully called ‘home.’ We returned to the UK only once during my childhood. The woods, cobbled lanes, and thatched cottages sparked an instant soul-sense of belonging. It was inevitable, when I decided to write a novel, that it would be an immigration novel. I’d studied history as an undergraduate. So, why not make it an historical novel? I chose the year 1841 for my fictional voyage to Port Phillip and, as mum was Welsh, threw a Welsh couple into my fictional mix of migrants.

I didn’t know anything about Wales, back then, apart from rugby and male voice choirs. But rugby wasn’t invented in 1841 and, even if I could have invented a scenario in which a whole choir emigrated together, I didn’t think my young female protagonist would find it inspiring. Some quick research told me Wales also had a bardic tradition. Hmm…maybe my Welsh couple could be storytellers? I read the Mabinogion and a host of other Welsh fairy tales. Wow, like wow! These were my stories, part of my heritage, and I hadn’t even known they existed.

To make my storyteller’s tales integral to the plot I required them to work on three levels.

What I didn’t realise (call me a naïve first-time novelist), was that the stories would also reveal something of my own inner journey. For example, when one of my characters says: ‘Painful, it is, when the words that once brought comfort lose their voice. It’s not the stories that are at fault. Or that we were foolish to believe. Only that we must learn to see with different eyes;’ I am expressing something of my evolving relationship with a group of ancient writings known as the Bible. Similarly, when another character reflects: ‘There were no easy answers only love and people who were complex.’ I am speaking out of my own growth in understanding – an understanding that life is not black and white, that some of the easy answers I once accepted are no longer satisfying.

The Tides Between opens with my young protagonist, Bridie, trudging from the emigrant depot to the Deptford watergate, a forbidden notebook bumping in a canvas bag at her side. With a brief last-minute intervention from my Welsh storyteller, Rhys, she manages to get the notebook onto the ship. But her mother is suspicious and Bridie spends an anxious afternoon hovering about their berth. Come evening, she finds a chance to escape, forgetting Rhys has also sought the peace and quiet of the main deck. I wonder whether you will also detect something of my own childhood longing for connection in the excerpt that follows?

Bridie gazed out over the blackened river. Mills turned slowly on the Isle of Dogs opposite. Small piers and granaries broke the smooth, dark, silhouette line of its shore. The sight strange and foreign, as if they had already crossed an ocean. Somewhere, beyond the docks, mudflats and the City of London, lay the cobbled streets of Covent Garden. The streets her dad had walked, their lodging house within calling distance of the theatres. The musical, magical cellar where she’d etched his fairy tales onto the crisp new pages of her notebook and run her finger over his final message and still felt his presence, long after he was gone.

She didn’t know how long she stood there. Only that the light thickened and the night air fell like a chill shawl on her shoulders. Turning back towards the hatchway, she heard an eerie drawn out sound from beyond the deckhouse. She halted, nerves feathering her spine. A long slow note pierced the evening. The fiddle? Ah! Rhys. He was playing an air, an-oh-so familiar air, from the Beggars’ Opera. One her dad had played so many times—towards the end with tears coursing his cheeks.

She turned slowly toward the sound.

In the shadow of the deckhouse she stopped, her breath coming hard and fast. Every piece of music held a story, her dad told her—a thread that attached itself to the heart. She’d become attuned to those threads, growing up to the strains of Mozart’s Magic Flute, and Purcell’s music for The Tempest, hearing tales of fairy queens, Arabian nights and midsummer dreams—and this was a sad song, quite apart from Peachum and his cronies in the Beggars’ Opera. A long haunting melody that spoke of a sadness and longing.

Head bent, eyes closed, Rhys’ lashes made a smudge against the night-white of his cheeks. It might have been the melody, or simply her fear of discovery. Maybe the memories of her dad. But she saw a struggle in the lines of his body that went beyond the music. Something in the long, measured stroke of his bow, that put her in mind of a sapling bent hard by the wind. She found herself dissolving at the sight.

She didn’t know how long she stood there, fist jammed in her mouth, trying not to sob aloud. Forever, it seemed, until the music drew to a gentle close. She didn’t clap, though his performance surely deserved it. She turned quietly to leave.

‘It’s called Ar Hyd y Nos,’ his soft voice followed. ‘All through the Night, you might say in English.’

Bridie stopped, hugging her arms to her chest.

‘Welsh, it was, long before Gay made use of it in his opera. A love song, recorded by Mr Jones in his Relicks of the Welsh Bards. I’ve heard it many a time, though, I’m not convinced of the lyrics. It speaks sorrow, to me, quite apart from the romance. Death, perhaps, or ambition gone wrong? A secret? What do you say, Bridie Stewart? Am I being fanciful on the eve of a long and difficult journey?’

He knew. How did he know she’d been listening?

‘I’ll not force you to speak, bach. Only seeking your thoughts, as you’re haunting the deck along with me.’

‘I can’t stay out long, Mr Bevan, because of Ma. But I liked your playing and I agree about the melody. It speaks sorrow to me too.’

‘My dad was a theatre musician. So, I’ve heard that tune loads of times. I’ve always fancied it a lament—for a fairy who had died.’

She stopped, aware of how foolish that must sound. For some reason, she didn’t want to appear foolish before this soft voiced young man with truth-seeing eyes. ‘I suppose, if there are Welsh words written in a book, I might be wrong. About the fairies, I mean. Not about the sorrow.’

He laughed. ‘You mustn’t apologise, Bridie Stewart. Where I come from, beauty is often attributed to the fairies.’

Was he in earnest? She peeped up at him through her lowered lashes. Found his smile, a pair of warm, dark eyes, an eyebrow raised in query. But how to explain? About her dad’s love of fairy tales? How, in the early days, before he got sick, her world had been filled with wonder and stories, how they lived still in her memories.’

‘We played this game, in the cellar of our lodging house in Covent Garden, with spangles and feathers and a magic stone. My dad made it up to keep me amused while he was practising. If I played quietly, without once interrupting, the fairies would leave a gift for me. Nothing fancy, only baubles and trinkets. Back then, I thought even his music came from the fairies.’

For a while, he didn’t speak. Turning, he laid violin and bow in the case at his feet.

‘Is that what you’re hiding, Bridie Stewart? A gift from the fairies?’

‘Something forbidden, you couldn’t bear to leave behind?’

‘Forbidden, yes, but not bad, Mr Bevan. At least, I’m not doing any harm. It’s a notebook, filled with fairy tales. My dad gave it to me before he died.’

‘And now you are leaving the home of your childhood, with its cellar and magic fairy memories, and you wish to carry his presence to the far side of the world?’

She nodded, a lump forming in her throat. He knew. How did he know? How did this young man understand what Alf and Ma couldn’t?

‘Ma wants me to forget him, Mr Bevan, and his stories. But I won’t, ever. Even if I have to keep my notebook hidden in Port Phillip.’ 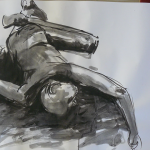 Next Story:
Book review: The Enlightenment of the Greengage Tree, by...