Every time the train pulls away from Spotswood station, passing graffiti covered walls, gentrified houses and hipster cafes, the ghosts return to haunt me.

Thursday 15th October, 1970. It was just like any other sunny spring day in Melbourne. At eighteen, my life revolved around weekend plans. Today was payday, and I had my eyes on a gorgeous little Prue Acton dress at Sportsgirl – a white crocheted mini, short enough to show off my long, tanned legs.

Back then, Altona was the last station on the line, and we would change trains at Newport for the rest of the trip into the city. Every morning I met my friends at the station and we would cram into a narrow compartment on the red rattler, tottering on platform shoes as we tugged at the hems of miniskirts.

Just past Spotswood the latest span of the new bridge was creeping further out over the Yarra River. That particular morning, a huge construction crane pierced the morning sky. It swayed beneath the weight of a heavy steel span, lifting it into position between two thick concrete columns, high above the murky waters of the Yarra River.

Not that we noticed on that sunny morning, we were too busy planning the weekend ahead – what we were doing, what we were wearing. I imagined myself in the dress, dancing the night away to the sound of Billy Thorpe and the Aztecs at Berties down on Spring Street, if the rumours on 3UZ were true. Maybe I could talk my older sister into putting the Magic Silver White through my hair on Saturday afternoon, the perfect complement to the perfect dress.

We were just twelve months out of high school. Life was great. In February, I started my first job at Conzinc Riotinto in Melbourne’s tallest building at 101 Collins Street. Boring, boring, boring. Filing documents, delivering mail, and making cups of tea for the men. Back then, we walked in and out of jobs with ease. Within months I had moved on to Associated Steamships in William Street.

1970, the start of an exciting, but turbulent, new decade. The war still raged in Vietnam. Conscription had stolen the youth of 20-year-old brothers, friends, and Normie Rowe. In May I had marched through Melbourne with one hundred thousand people demanding a stop to the war; another 50,000 marched in September. One month later the first troops came home. It would be another three years before they all returned.

This was also the year I saw my first computer. The computer room was a place of mystery and intrigue, out of bounds to all but the technicians – a men’s only domain. Tapes as big as dinner plates whirred and spun, their lights flashing as the circuits hummed behind walls of thick impenetrable glass. These mysterious machines dwelt God-like in long rows of black towers, reminding me of eerie scenes from The Twilight Zone.

On this particular day, it was payday and we always took a longer lunch. I joined my friends, Jeannie and Sue, on the roof to eat our lunch – homemade ham and cheese sandwiches on white bread. No quaint little eateries filling the lanes of Melbourne in 1970.

We worked on our tans and listened to the 3UZ lunchtime requests blaring from Jeannie’s small transistor radio, sharing weekend plans.

Ten storeys up on our rooftop sanctuary we gazed out towards Williamstown, toward the red brick industrial buildings and factories framed in the gap of the half-finished bridge. Soon it would take less than fifteen minutes to drive to the city instead of the long drive through Yarraville and Footscray.

When the bridge would be finished, it would mean the end of the ferry crossing from the Newport power station to Port Melbourne. The ferry ride was a family favourite. We would stop at the fish and chip shop on North Road. On the ferry we would tear open the newspaper wrapping and sit on the bonnet of the car, scoffing steaming hot fish and chips. Seagulls would circle overhead, squawking and swooping, waiting to pounce on any scrap of food we might toss their way.

Back up on the roof, Jeannie checked the time on her marcasite watch, an eighteenth birthday present from her boyfriend. We still had forty-five minutes left before we had to get back to our typewriters; plenty of time to duck down to Sportsgirl, but first we scurried down the winding staircase and into the ladies’ toilet to fix our hair and make-up.

I remember we were laughing and talking as we passed through the office. As usual, the men were huddled over the radio listening to the racing results.

Or so we thought.

We pulled faces. Sue made a joke about how seriously they took the races.

‘It’s not the races, you silly girls,’ John barked.

Silly girls? How dare he. I bristled and started to make a smart retort.

‘It’s the bridge,’ he said. ‘The bridge has fallen down.’

‘What are you talking about?’ I asked. ‘What bridge? What’s happening?’

‘The Westgate, the news just came through, broke into the races. There’s been an accident, something about it falling down.’

‘That’s not possible,’ Jeannie said. ‘We were just up on the roof and the bridge looked fine. It was standing; we could see people working on it.’

We rushed back up the staircase – two steps at a time, panting for breath as the men pounded at our heels, until we reached the roof. A grey cloud hovered over the river, obscuring the bridge from our sight. We cried out in shock, unprepared for what appeared in the midst of the settling dust cloud. The western span of the bridge had disappeared.

For the remainder of the day, the radio churned out a continuous stream of shattering news. Unknown numbers of men were dead.

On the train home no one spoke. The train slowed from Yarraville. Stony Creek came into sight. A mangled pile of metal lay in the mud. Men and women wept in their seats. Shrieking sirens from emergency vehicles filled the air. Home and factories lining the railway track were covered in thick, oozing mud.

My father worked at the old briquette power station on Douglas Parade. He was among the men who were called in to help with the rescue, to pull broken bodies from beneath the shattered girder, digging long into the night, through layers of mud and broken bridge. Twenty-five years earlier, he had been a young soldier in New Guinea facing the horrors of war. Dad dealt with this new nightmare as he always had. He kept it to himself, battling his demons as best he could. Dad never drove over the bridge. Memories of dying men haunted him until his death thirty-four years later.

I still hold my breath as the train slips beneath the shadowy, grey span of steel and concrete. Even now there is something haunting about the Westgate Bridge, and I feel the lingering presence of so many ghosts searching for their peace, forty-eight years after that dark day, when tears flowed, and long shadows fell over the western suburbs. 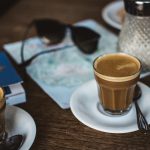 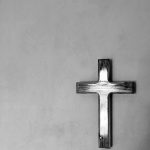 Next Story:
On Consummation