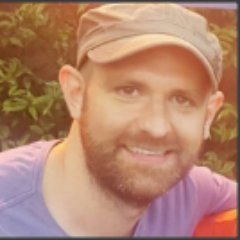 A yearning for freedom from both physical and ineffable barriers re-emerges throughout this issue of Backstory. Visible and invisible walls behind which women and less powerful men have struggled – and often smashed through – only for shape-shifting forms of domination to repurpose, forcing another asymmetrical fight on another day, in another form, for a different incarnation of the same goal – liberation. The heartbreaking hope that animates the Port Arthur prisoner in Bill Cotter’s An Attempted Escape illustrates this: the joys of the short-lived success of escape, the defiance of the stone walls and steel bars in which they were encased, succumbing inevitably to ubiquitous power structures that re-establish themselves so that “all is settled once more in his [King George’s] world.”

Jenny Blackford’s The Crack offers a sublime insight into the unknowable number of lives claimed by the many forms of control over women’s reproductive capacity and the coercive social constructs and conventions compelling her to act out of desperation. Family cover-ups are explored, as are the social backdrops, the material conditions that create them, as well as the difficulty in apportioning blame when an entire material and social edifice funnels a young woman into a tragic end, while an ‘unknown boy’ remains anonymous. Both are buried under the weight of social convention, from which only one could survive untarred.

Women who broke through walls are no better exemplified than in the life of Australian suffragist Henrietta Dugdale. Step up Mrs Dugdale, a novel by Lynne Leonhardt is reviewed in this issue by Brittany Alexander. She writes “when it comes to justice these women were heroes in a time when it didn’t seem possible.” Anne Casey’s tribute to these women is rousingly indorsed later in the issue when she writes:

“Bringing the rage that my fine sisters gave,

I am the cry and the call of the brave,

Dugdale is remembered as one of those who recognised women’s place along a historical continuum…“the slavery of women happened when men were the slaves of kings.” Irish revolutionary James Connolly wrote in a similar vein that “the worker is the slave of capitalist society; the female worker is the slave of that slave.” As this issue will frequently demonstrate, the daughters of Ireland have since felt the heavy weight of sustaining communities and families with (as Connolly put it) “the duty of a double domestic toil” while continuing to struggle for their most fundamental rights.

Bill Cotter addresses “the cries of Ireland’s women” as they stand in chains aboard the “Earl Cornwallis” bound for New South Wales. In it, Cotter describes the cruelty of the convict era, the fetishisation of punishment to legitimise cheap labour that was the fuel of empire, the permanent severing of roots and social bonds onboard a vessel that would be, for many, a literal coffin.

Bringing me back to my Irish Catholic roots, Audrey Molloy’s Woven to the Bone describes almost perfectly my childhood terror of the confessional, the ceremonial indoctrination into reinforced walls of shame. Days were spent “thinking up sins” and the “sleepless nights feeling guilty for them,” awaiting the arbitrary penance – confirmation that these minor and embellished infractions were indeed crimes worthy of corroding my soul. Molloy expertly weaves her lines into the ritual chants of obedience that characterise Catholic mass. Like Molloy, and in spite of myself, I carry the relentless repetition of my indoctrination long after repudiating them – “Christ, you and I are no longer on speaking terms,” she writes….“in every cell of my being, you are woven.”

The legacy of Catholic dominance in Ireland where the sin of sex outside marriage and the ‘illegitimacy’ of children who were its product is explored by Gary McCartney in Tuam Lullaby. The septic tank that became a mass grave for these children at the orphanage in Tuam, County Galway is a grim reminder of the unchecked institutional power of the Church. McCartney leaves us with a chilling reminder of this as Tuam Lullaby sings its tragic child to sleep:

“An unmarked grave your resting place

Along with all the others”

Mark Mullholland takes me right back to the sounds, sights and often interesting smells of my hometown of Dublin with Golightly and the Crazy Fool where he explores loss, the transformative nature of human encounter, aging the nature of time and space and the smooth vocals of Roger Whittaker!

The site of the suffering for too many women – their family homes – is considered with incredible delicacy, depth and staggering beauty in Swansong. Wendy J. Dunn writes profoundly on the complexities of human relationships, the intricacy of love and addresses the destructive consequences of male socialisation into emotional alienation:

“a seven-year-old boy forced to drown a litter of puppies he had found; the eleven-year-old evacuated during the second world war to be placed with a family who beat and starved him….”

A daughter watching her once abusive father on his deathbed remembers the pain and brutal treatment of her childhood as her dad lies vulnerable and in pain. This is a deep and tragic piece that refuses to provide easy answers, or readily point fingers. Dunn ensures that the profound consequences of the abuser’s actions are addressed, while exploring material reasons behind them. Explanation does not equal exculpation in this piece, but humanity stalks every word.

Kenneth Pobo describes the weight of his formative crushes in an environment where prayer was the response to same-sex attraction. Bernadette O’Reilly provides us with a hat-trick of powerful short poems on child sexual abuse. Institutional failure, loss and complex guilt animate Mari Maxwell’s Nurture Though Nature: “everywhere broken, Irish archaic systems. I couldn’t protect you Mom.” Magi Gibson reflects on the gatekeepers of institutional justice where even girl-children cannot escape the patriarchal penalties and demands on their behaviour when the judge in the case of a nine-year-old rape victim claimed she was “No Angel”.

It is an extraordinary pleasure to introduce readers to this panoply of insightful writing in this important issue of Backstory. A special thanks to all contributors for sharing their incredible work with the world. 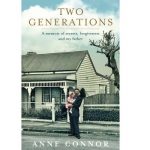 Previous Story:
How and why we should rewrite the exclusion narratives... 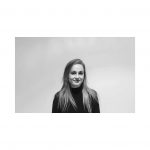