Inspired by ‘The Babies in the Bush’ by Henry Lawson

‘Please, Mumma, please. I’ll hold onto Maggie and won’t let her go, we want to pick you a nice bunch of buttercups for the table.’

This was the last question Wally, 5 years old, would ask his mother from the porch of their homestead on the Lachlan River. Wally and his little sister Maggie loved running and playing games on their property. They were not allowed to go any further than the fence, the bush hadn’t been cleared beyond that yet and they would be lost in a heartbeat. Their mother, Margaret, normally kept a sharp eye on them, although on this day, Pete, one of the station hands was working near the fence line, so Margaret knew they’d be safe if they stayed close to him. She made sure they had their sunhats as it was a hot day and she didn’t want them burning. She waved them off and turned back into the house to finish her chores.

Had she have waited a minute longer, she would have seen Pete mount his horse and head off into the bush with the children following him; Wally holding onto Maggie’s hand, laughing and excited for the adventure ahead.

An hour later Margaret came out to see what the children were up to, but they were nowhere to be found. She noticed Pete over at the stables and wandered over with a slight sense of apprehension and a nagging thud growing in the pit of her stomach. Pete looked up and waved when he saw her. By the time she reached the stables, she had scanned the whole area and still couldn’t see them.

‘Pete, where are the children?’

‘I’m sorry ma’am, I haven’t seen them all morning.’

Margaret felt the world start to spin, a peculiar high-pitched wailing noise sounded in the distance as she dropped to her knees, not realising that strange sound was her own voice, screaming for her babies.

It was two hours before people turned up to join the search party. Pete had gone back over the route he had taken that morning but couldn’t find any sign of them. Margaret’s husband, Walter, was away checking on his stock and they had no way to contact him. All the wives of the stockmen were in the kitchen, preparing sandwiches for their husbands who were heading out to join the search. The sun was beating down; it was going to be a difficult search. It was a typical hot Australian summer in the outback.

Margaret was inconsolable. In her dreams she could see them, Wally’s little hand holding tightly onto Maggie’s as the two chased Pete and the horse. They turned back and waved to her, those happy little faces that brought her so much joy. Eventually, the doctor was summoned, and Margaret was sedated.

Everyday, the men would gather at sunrise, and head out again, looking for the children, their weary bodies returning at sundown, the hope of finding the children alive dissipating with each passing day.

By the time Walter returned home, a week later, Margaret had lost her mind, babbling words that no one could understand. As soon as he heard what had happened, he ran to Margaret’s room, falling at her side, begging him to forgive her for not being there when they needed him. He promised Margaret that he would find them and joined the small search party that had stayed. They were out from sunup to sundown.

Margaret drifted in and out of reality. She could feel the children calling her, trying to find their way home, ‘Mama, where are you?’. In these moments she would jump out of bed and run into the yard, heading towards the bush, screaming. It took three or four of the women to bring her back inside the house and sedate her with the medicine the doctor had left. Walter refused to stop looking for his little ones until there was no more hope in his heart. When he finally returned home, he laid on his bed and slept for two days straight.

By the time the wives had returned to their own homes, Margaret was only a shell of her former self. Walter would get her up, dress her and feed her, then he would place her on the porch in her rocking chair, where she sat for hours, staring at the spot in the yard where she had last seen the children. Most of the time her eyes were blank, yet in the strangest moments her eyes would light up and she would jerk forward, motioning at the yard, as if children were in front of her. These moments were fleeting however, and before long the spark would be gone.

Two months later she and Walter were sitting on the porch, looking up into the bright blue sky when a group of local Wiradjuri people emerged from the bush, carrying the decaying bodies of Wally and Maggie, wrapped in kangaroo skins. They had found them curled up in the hollow of a gum tree, holding onto each other. Walter took his babies in his arms and cried. Margaret looked at them, smiled and turned her eyes back to the bush.

Walter buried them next to the river, their favourite place to spend time as a family. He would come down most evenings and sit at their graves, recalling better days. Sometimes he would bring Margaret, but she didn’t realise this was where her babies lay. In her mind they were still in the garden playing.

One day an old friend came visiting. He had been droving and had rushed over as soon as he had heard about the tragedy. The man sat on the porch with Margaret and Walter and told a tale of the bush fairies who looked after children who became lost in the bush. He recited a poem he had heard:

‘Oh, tell her a tale of the fairies bright

That only the bushmen know

Who guide the feet of the lost aright

Or carry them up through the starry night

Where the Bush-lost babies go’

Margaret just sat staring blankly into the bush. It wasn’t until a week later when Walter was putting her to bed that she spoke.

‘Walter, do the bush fairies have my babies?’

‘Yes, my love, the bush fairies are looking after our Wally and Maggie.’

‘When will they bring them back?’

‘Next year, my love, they will bring them back next year.’

This seemed to have a positive effect on Margaret. Her spirits lifted a little more each day. She would never return to the happy, loving woman she had been before, but now she could cook and do her chores without thinking too much. Walter felt it was time to sell the station; his heart just wasn’t in the work that was required anymore. They moved to Bathurst, where they had family who helped Margaret while Walter was away droving. He had the children moved to the cemetery close to the town. He couldn’t bear the thought of being so far away from them. He took Margaret there a few times, but as always, she couldn’t bring herself to understand that this was where her children were buried.

Margaret didn’t tell Walter about the dreams anymore, she kept them to herself. They were always the same: the children were chasing the beautiful little bush fairies around the garden as they sang their rhymes and giggled with one another. Every time she tried to join them the fairies would look at her and whisper, ‘Not today my love’. It was the only time that Margaret felt whole and happy.

It was coming up to the fifth anniversary of the children’s death and Walter thought it was time to take a trip back to visit the old place. He and Margaret packed up the wagon and headed into the country. The journey was quiet, they were lost in their own thoughts. The bush remained as hot and dry as ever, the rivers only a third filled, kangaroos and other wildlife congregating near the water or lazing in the shade of the eucalypt trees.

They arrived at their old neighbours late in the afternoon, weary from the long trip. The following morning Walter went off with the men to have a look around the property while Margaret sat on the porch with the women, sharing a warm cup of tea, but not really listening to what was being said. The women eventually rose to continue with their chores, leaving Margaret to doze off in the sun.

In the afternoon Margaret woke with a start, hearing soft whispers and laughter coming from the bush. She followed the noise; it was enchanting and made her smile. It reminded her of the dreams she used to have of the children playing. She walked for about an hour, the sounds becoming stronger until she came to a very old gum tree, hollowed out like a cubby house. She was tired and wanted to rest, so she curled up in the hollow and went to sleep.

As she slept, the dream returned, her babies laughing and singing with the bush fairies. She could see the fairies far more clearly, their perfect little faces, their wings that shone like rainbows. This time when she stood up to join them the fairies took her hand and said, ‘Yes, my love, today you can join us.’ Her children embraced her, they danced and laughed, and Margaret was whole again.

Later that afternoon Walter and the men returned, laughing and reminiscing.

Walter went to their room to wake Margaret, thinking she must have gone back to bed, but the bed was made, and Margaret was nowhere to be found.

A search party was quickly formed and headed straight to the old homestead, thinking she may have thought it was still her home. They searched until it got dark.

The following morning, they went to the Wiradjuri people to ask for their help. The Wiradjuri led them to where the children had been found five years earlier and sure enough there in the hollow was Margaret, curled up, as cold as ice, a peaceful smile settled across her face. 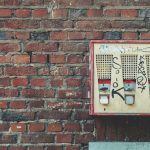 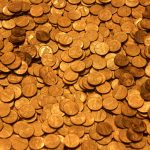 Next Story:
At the Time of Numismatic Transition