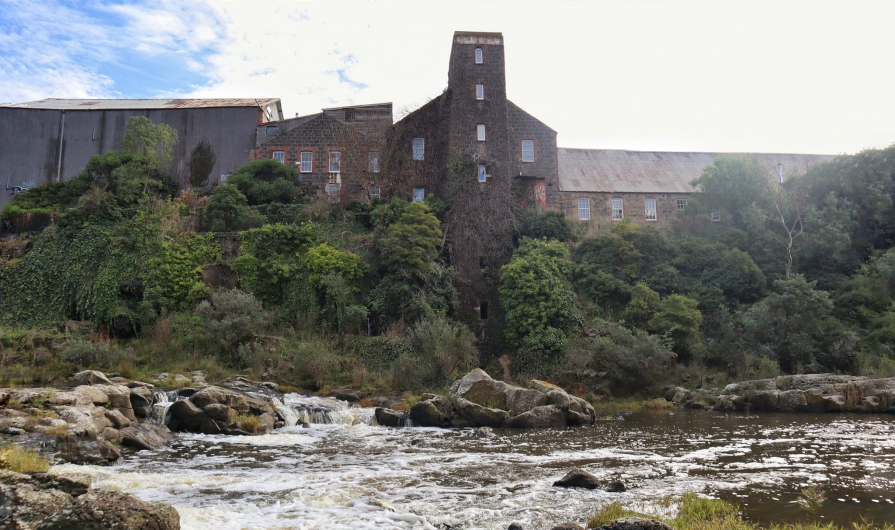 It’s mid-morning on a temperate autumn day in 2020, during the early stages of Victoria’s first COVID-19 lockdown. I’m sitting in my home in North Geelong, the walls closing in around me. My next-door neighbour and his mates drink, build things in his backyard, and listen to ‘The Best of Creedence Clearwater Revival’ for, what I swear, has to be the 80th fucking time this week. I actually like CCR, by the way. I just don’t like them on repeat at window-shaking volume all day long.

On this particular day, Guy-Next-Door has a new toy—an industrial nail-gun, which they are using to shoot targets in the backyard. Every time they hit something, they clink their stubbies and yell ‘Yeah!’. These sounds ricochet through the silent street. If I close my eyes, it kind of sounds like an unusually rowdy game of squash.
Fed up, I leash my dog, throw a few supplies in a backpack, and head out on yet another lone walking tour of my hometown. I’ll spend today taking in some of Geelong’s historical landmarks, and fantasising about going back to 1969 to assassinate John Fogerty, putting an end to ‘The Best of CCR’ before it is ever conceived.

I don’t yet know that it’s only early days in the year-long series of lockdowns to come. At this stage it’s still a bit of a novelty. The only mandated reasons to leave our homes are healthcare, exercise, or to buy jigsaw puzzles. So, on the cold days, I’ve been making lists of ‘Interesting Places to Walk the Dog’ and then, on the warmer days, I’ve been, well, walking the dog to those interesting places. Being a sucker for the old, the forgotten and the creepy, today I head towards Fyansford with a view to checking out the Geelong Cement Works and its neighbour, the Geelong Orphan Asylum, which is an abandoned establishment that is every bit as creepy as it sounds.

I don’t need to tell you how quiet the streets are, and it strikes me as odd that all the front yards we pass are empty. People are keeping their pets indoors, presumably due to the fear-filled rumours circulating on Facebook about pets transmitting COVID-19 to their owners. It’s nonsense, but this is early 2020, and social media is full of unsubstantiated rumours. The extra weird thing about today is that dogs aren’t even barking at us from the windows of the houses we pass. It’s as if, unlike the virus, fear itself is transmissible between humans and animals.

The only traffic is the usual steady stream of livestock and logging lorries, and an unusually high number of fire trucks. Apparently, when people stay home all day, they tend to set things on fire. Who knew?

The six kilometre walk might take 40 minutes on my own, but my old mate Bowie wants to wee on everything we pass, making it a slow two hour plod through the barren streets.  I’m not sure it technically even counts as exercise; I doubt my heart rate has increased much.

By the time I reach my first destination, the bright, still daylight alternates with overcast patches and wind. This has a twofold effect: it adds a delicious eeriness to the forlorn part of town I am wandering through, and it makes me wish I had at least tied a flannel around my waist on my way out the door.

The Cement Works, which is unremarkable as far as tourist destinations go, was established in 1890. It had a pretty decent innings as an industrial site, and, since its abandonment in 2000, it has been a popular haunt for ghost hunters and Urbexers. In 2017 internationally celebrated artist, Rone, returned to his home-town of Geelong to paint a mural on the silos, giving them a few more years of life as an art installation.

I’m acutely aware of the deserted underground passageways and rooms beneath the silos, so I hold on extra tightly to Bowie’s leash. He only needs to catch sight of a rabbit, or a rat, and I’ll be chasing him down an abandoned tunnel and into the beginning of a B-grade horror movie.

If you look on Google maps, you can still see the silos, although they were in the early stages of demolition when I made my visit. As an added bonus, if you use satellite view, you’ll also see the large penis someone has painted on the roof of the adjacent bowls club.

A little way down the road is the Geelong Orphan Asylum. Closed as an orphanage in 1935, it has been owned by the Cement Works. It was used as a boarding house for migrant workers, and later a Cement Workers Retiree Museum. It was declared structurally unsafe and closed to the public for good in 2013.

Like the Cement Works, the orphanage has more horror movie potential than I am comfortable exploring alone. It is private property, so I remain behind the chain-link fence and snap a few pictures. I can’t shake the thought that later, when I look closely at what I have photographed, I’ll see a spectral face peering out from one of the windows that pepper the blue-stone walls. It’s so gloomy even when the sun is out, and it doesn’t look as though the small windows let much light in. I feel sad for the children who once lived within. Sufficiently creeped out, however, and a little melancholy as well, I move on to investigate one more piece of local history before heading home.

The next destination on my list is the Barwon River Trail. This trail runs alongside a section of the Barwon River, and it is another relic of ages past, as it backs onto the Old Paper Mill. From here you can view a series of curious channels and aqueducts in various states of decay. On a normal, COVID-free day, it’s a busy complex that houses a winery, a bar, a café, a restaurant and a convention centre. Viewing it from the river that once serviced it, it’s another revealing snapshot of long-gone industrial times.

The river itself is filled with a series of crumbling channels and aqueducts that once diverted water this way and that, but now house reeds and frogs. They make the only other sound apart from our footsteps and the steadily increasing wind.

The trail comes to an end at an embankment behind the Mill. There is no chance of me and Bowie climbing that, so I declare my historical adventure over. We begin the trek home. The dog fights to jump into the water after every duck we pass, the wind freezes my bare arms, and I wish I had the forethought to at least pack a muesli bar. I can’t stop glancing a little too often over my shoulder for no logical reason; I have succeeded in giving myself a brilliant case of the heebie-jeebies. The journey home is quick, and once there, I even welcome the noise from next-door. Although the music is louder, and the beer-clinking more frequent and likely to go on into the small hours, I have had quite enough eerie silences for one day. 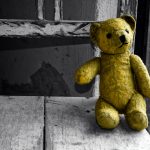 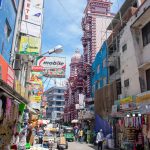